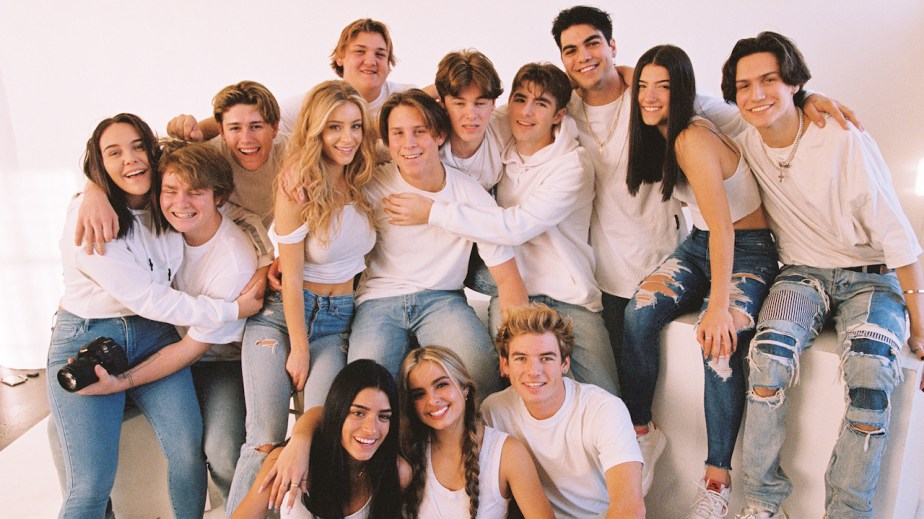 What social distancing means for the rise of influencer houses

In the last three months, houses for TikTok creators and other social media influencers have started to pop up left and right — from Hype House to Girls in the Valley to Rihanna’s new space for Fenty Beauty.

On March 6, Rihanna announced plans to open her own TikTok house and fill it with influencers. At least five content creators live in the house now. They are meant to post daily content to the Fenty Beauty account and their own TikTok pages, but the brand has not disclosed if or how much creators are being paid. But as more communities turn toward social distancing and self-isolation, thanks to Covid-19 spreading throughout communities worldwide, it remains to be seen whether more brands and influencers will look to open these types of spaces in the coming months. Regardless, content creators are moving ahead and creating more content than ever, as more people stay home and turn to their phones for entertainment.

According to influencer marketing agency Obviously, engagement on TikTok increased 27% from February to March, based on data gathered from the agency’s own influencer campaigns.

“Coronavirus could definitely drive up views and awareness of the house and the content, because people will have more free time to watch and interact with the content. It could also have a negative effect if one or more of the members gets sick,” said Evan Asano, founder and CEO of influencer marketing agency Mediakix.

Unlike some of these creator houses, Rihanna’s is focused around her Fenty Beauty brand, and it hosts names like @Makayladid (305,1000 followers), @Thedawndishsoap (1.1 million followers) and @Emmycombss (4.4 million followers), who temporarily live in the house and create content. It’s unclear how long they will stay there, at this point. The influencers are posting to Fenty Beauty’s account and their own respective accounts, using the hashtag #FentyBeautyHouse. The hashtag currently has 26.5 million views. This follows the success of the Hype House, established in December 2019 for a group of popular TikTok stars to live in and create content in.

So far, it seems like the houses are operating normally, at least in the U.S. Alessandro Bogliari, CEO and co-founder of The Influencer Marketing Factory, said that could all change in the next few days.

“We haven’t noticed any changes. They are still filming inside the houses, sometimes wearing masks. In Europe, the situation is definitely more serious, while in the U.S., some states and cities are only starting curfews and closing down places to avoid crowds. In the U.S., a lot of people are not taking this seriously enough yet. That’s why there are still groups of influencers working in the same house. It will be interesting to see if this changes in the next seven to 10 days,” said Bogliari.

For Los Angeles–based Hype House, specifically, only a small number of the creators actually live in the house. In the early stages, it was just four of the 19 members. The rest come in and out of the space to shoot content when they can or when they’re in town, as some, like Charli D’Amelio, primarily live on the East Coast. Earlier this week, the Hype House team appeared to be holding a photo shoot for their new line of apparel, based on TikTok posts from some members of the collective.

Ariadna Jacob, founder of influencer marketing agency Influences, set up the TikTok house Girls in the Valley within the last month. The home has six bedrooms with one open room at this point. Jacob said several girls living in the house have questioned whether they should be stocking up on supplies or staying indoors. Some have gone home to stay with their families that live nearby, while others are staying inside the house and using the time to create even more content and explore creating for YouTube, she said.

“Everyone is doubling down on the amount of content they create. I’m still getting a lot of phone calls from brands for deals we’ve been working on, like a watch company. Plus, music is still coming out, so labels still want us to execute on those [corresponding] deals. Health-Ade Kombucha was planning to drop off product and branded refrigerators at the Hype House and Girls in the Valley, and that is still moving ahead,” Jacob said.

Jacob also represents one of the influencers currently living in Rihanna’s Fenty Beauty House, Emmy Combss, who said the influencers inside the house are going about business as usual and creating a lot of content for TikTok, but are self-isolating as much as possible within the house.

“These houses are largely populated by gifted virtual gatherers,” said Sarah Unger, svp of cultural insights at cultural marketing agency Civic. “They have been piloting engaging with people, their fans, in quarantine from the get-go. There is something very interesting about this life under quarantine, and it’s probably not that much different for them. If we can rely on influencers for one thing, it’s to get creative with how they use digital platforms to connect and communicate.”

Other influencer houses, like spaces opened by Village Studio — a subset of influencer marketing firm Village Marketing — don’t have influencers living in the spaces full time. Rather, creators and brands can book the spaces for a day at a time. It’s unclear whether those spaces are still operating at this time. Village Studio did not respond to request for comment.