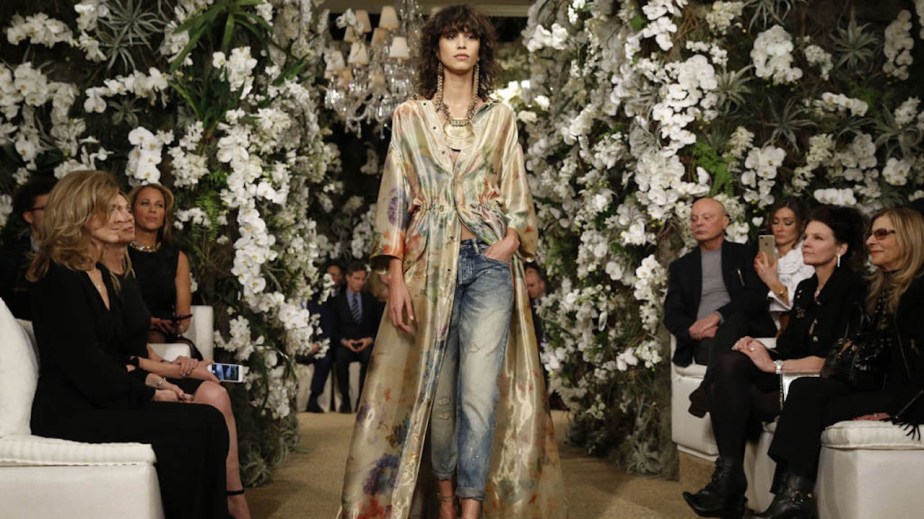 Throughout the pandemic, brand earnings have often contained one familiar phrase: “Revenue is down everywhere except China.” But on Ralph Lauren’s earnings results call on Tuesday morning, for the quarter ending on June 26, CEO Patrice Louvet said that the trend has changed for the brand. Ralph Lauren’s strong recovery in the quarter, with revenue up 182% to $1.4 billion from the previous quarter, was driven by growth in North America.

“This is our seventeenth quarter of AUR [average unit retail] growth,” Louvet said. “One thing that really drove that was our progress in North American wholesale. We haven’t grown AUR in North America for years. But we have great relationships there, and now we’re going to be focusing on our marketing.”

Louvet admitted on the earnings call that this was not expected. Ralph Lauren had been putting more emphasis on China in the last quarter: Thet included opening an “emblematic store” in Beijing in April — the store concept is smaller and less expensive than a Ralph Lauren flagship store, but larger than its other stores. Ralph Lauren is planning to open another emblematic location in Shanghai later this year. The Beijing store helped drive sales in mainland China up 50% in the first quarter.

Jane Nielsen, chief financial officer of Ralph Lauren, said the strong growth is a sign that the brand will be “back on offense this year.” The company is increasing its spending to match the high demand, opening 18 new stores this year, mostly in Asia, and boosting its marketing spend.

Ralph Lauren had its heyday in the ’90s, with steady business throughout the 2000s, until it faced a crisis in the mid-2010s. The company’s stock was low, and short-lived CEO Stefan Larsson tried to revitalize the brand in 2016, only to be ousted a year later in favor of Louvet. The brand was on the come-up just before the pandemic hit, and now, leadership hopes that momentum can pick up where it left off.

“We more than doubled our first-quarter marketing expenses,” Nielsen said, noting that marketing spend via digital channels like Instagram and TikTok increased by 39% in the first quarter. “We can expect an elevated rate of marketing spend for the next quarter. Around 6% of our sales will be spent on marketing.”

Notably, Louvet said the brand will next be shifting its focus away from stay-at-home clothes like loungewear and pajamas, as he expects that a return to work-friendly categories is on the horizon. New products like a custom polo launched in May, and the interest it’s received helped solidify Louvet’s decision to pivot toward merchandising office-friendly clothes, he said.

“Traditionally tailored clothing [like suits] is still struggling to return,” said Kristen Classi-Zummo, fashion and apparel analyst at NPD Group. “But there are lots of opportunities for these [other] categories. It’s a bit too early to say exactly which categories will grow since many offices haven’t laid out their dress codes yet, but there’s a strong opportunity.”