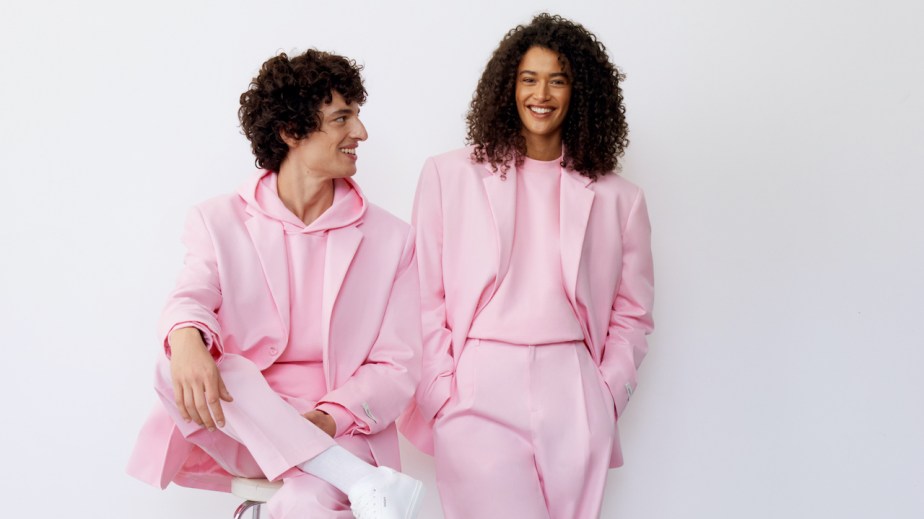 Welcome to the Weekend Briefing, a rundown of the fashion and beauty news to know now.

The Week Ahead
5 stories we’re following

The return of workwear
After more than two years of working from home and living in sweats, people are increasingly heading back to the office and investing in office-appropriate pieces – whatever that means.

According to new Stitch Fix data, based on client requests and a back-to-work survey of 1,300 clients, 57% of people said they’re excited to put together outfits for work again, though 22% said they’re unsure what to wear to the office now. Meanwhile, 64% said they want to make a good first impression IRL, and one in four returning to work said they have a “first day back” outfit picked out.

At the same time, brands are answering new demands for workwear by rolling out pieces that are tailored, yet won’t shock shoppers’ systems. New workwear silhouettes are looser than in years past and shown styled with athleisure pieces in marketing.

On Tuesday, 2-year-old Pangaia, best known for its celebrity-loved sweatsuits, entered new territory with the launch of the Tailored Collection. It’s made up of two styles: a blazer and trousers, both with an oversized silhouette and relaxed fit.

And for the last week, advanced contemporary brand Tibi has been hyping its “Fluid Suiting” in Instagram posts.

As the Wall Street Journal reported earlier this month, sales of men’s dress shirts are on the upswing. For example, in February, custom suiting retailer Indochino’s dress-shirt sales were up 191% year-over-year. However, compared to pre-pandemic, men are opting for shirts in looser silhouettes and more relaxed fabrics, and they’re wearing them untucked.

As for women, many are swearing off heels and dry-cleanable clothes, among other styles, on their return to work.

Brands will have their work cut out for them, in terms of nailing the new business casual. Considering current supply chain constraints, those that premeditated the move to elastic-waist pants and flats are best set up for success.

Brands celebrate Earth Day
As more consumers have come to prioritize sustainability and transparency, companies have increasingly focused on cleaning up their acts – and used Earth Day, April 22, to call out their related plans and progress. This year will be no exception.

On Friday, Everlane, for one, will release its first-ever Impact Report, building on its concept of radical transparency. In September, founder and former CEO Michael Preysman moved into a new role focused entirely on impact and environmental work.

Earth Day campaigns are set to roll out in various forms, with many fashion and beauty brands planning to tap TikTok’s best-known sustainability experts-slash-influencers to amplify their message.

But as brands both answer the demand to celebrate in a meaningful way and aim to cut through the noise, Earth Day has become “the biggest day for greenwashing,” according to ethics-based grocery platform hive. In turn, the company has come out with a Virtual Glossary of Greenwashing, donating to the Soil Health Institute when the link is shared this month.

Kering releases its first-quarter earnings
On Thursday, Kering will release its first-quarter 2022 earnings. Expectations are high for the French conglomerate, which in February reported a 35% year-over-year revenue boost for 2021. During the year, Gucci drove $11 billion of its total $20 billion in sales, and the brand has continued to roll out buzzy launches like clockwork.

Brands look to the past to get in on gaming
As Danny Parisi reported earlier this month, brands’ supposedly “innovative” metaverse and gaming strategies look a lot like less-sophisticated takes on age-old video-game experiences. The latest take on the trend is by Ami Paris. On Thursday, the fashion brand launched a virtual Egg Hunt borrowing concepts from Pokémon GO. Running through April 24, the contest will take place in a dedicated, proprietary app, and in cities including London, Tokyo and New York. Discovering virtual eggs unlocks access to various prizes, from a chocolate egg to a ticket to the brand’s spring 2023 fashion show in Paris.

Fashion’s rush to beauty
This week, multiple fashion-focused brands and marketplaces are set to join Rebecca Minkoff, Zara and Net-a-Porter in taking advantage of the beauty opportunity and expanding to beauty. Reported by NPD Group in January, prestige beauty sales increased by 30% in 2021, exceeding 2019 levels.

What You May Have Missed
Noteworthy stories from last week

Ian Rogers spoke at Paris’ NFT Day
On April 12, Glossy fashion reporter Zofia Zwieglinska attended NFT Day, which served to kick off Binance-sponsored Blockchain Week Paris. During the event, Ian Rogers, chief experience officer at crypto hardware company Ledger and former chief digital officer at LVMH, stressed the opportunity for brands to use NFTs as “passes allowing [people] to move between spaces.” Increasingly, brands are treating NFT buyers as next-level loyalty members, granting them access to brand sales and events, among other exclusive opportunities. In doing so, they’re rewarding holding onto NFTs, as opposed to flipping them for a profit, which is necessary to build long-term value and establish a community.

The watch category is booming
Watches are having a moment, as consumers increasingly invest in classic pieces and consider the resale value of fashion purchases. For example, LVMH reported last week that revenue for its watch and jewelry division was up 19% year-over-year in the first quarter. Watch companies are now leaning into the opportunity, looking to grow via expansion, and fashion brands are launching watch styles for the first time. In the last week, Italian jeweler and watchmaker Bulgari launched a flagship store on Alibaba’s Tmall Luxury Pavilion, and jewelry brand Kendra Scott introduced a watch collection.

The wedding opportunity is real
On Wednesday, Skims’ customer email announced in its subject line that its “Wedding Shop is now open.” The included content focused on styles answering the need for “something new,” as well as gifts for bridesmaids. And Shop We Wore What has been hyping its Bridal Edit of “Bride”-stamped swimsuits and more all month. It’s no surprise, considering the social media events that weddings have become. As reported by Launchmetrics, the Valentino couture dress worn by Nicola Peltz when she married Brooklyn Beckham last weekend drove $14.3 million in media impact value for the luxury brand.

Zara launched a metaverse collection
It seems every brand is making a play for the metaverse. For its part, Zara just debuted a spring collection dubbed “Lime Glam” that was designed to be worn “both inside and outside the virtual world,” according to the company. The physical versions of the pieces, which include garments, accessories and makeup, are now available to purchase on zara.com. The digital pieces – along with a digital wall, floor and photobooth “to enhance the whole experience” – are available on 3D avatar platform Zepeto.

Inflation hit a 40-year high
That’s according to a federal report released last week, which showed that prices in March were up 8.5% year-over-year. Apparel and footwear prices were up 6.8%, with women’s apparel increasing 6.5% and men’s apparel increasing 8.8%. According to recent earnings reports, apparel companies expect to continue to raise prices to reflect cost increases throughout their supply chains.

Join us for a Glossy+ member-exclusive event! On Thursday, April 28, we’ll be at Frame’s Soho store (51 Greene St.) for a live podcast featuring Frame co-founder and creative director Erik Torsetennson. The podcast discussion will start at 6 pm ET. Plan to arrive early to mix and mingle. Get all the details here.