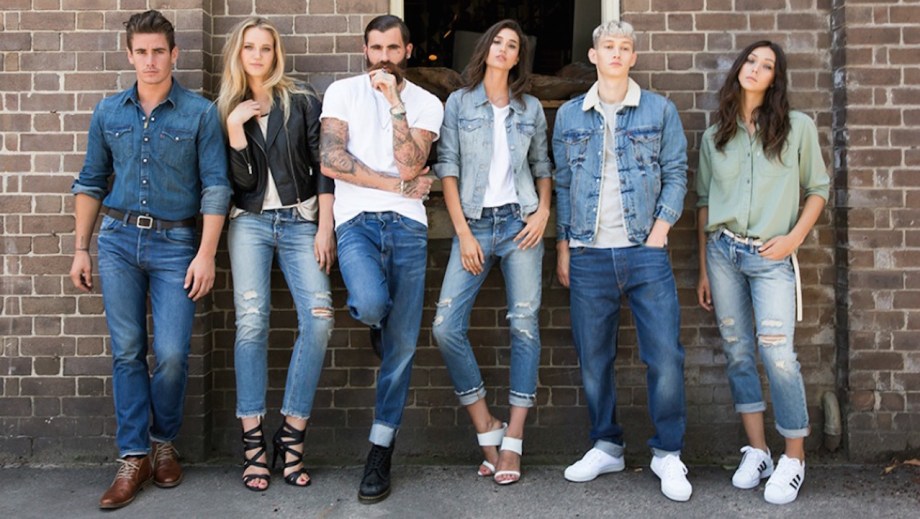 Last week, Levi’s laid out its plans to challenge other American apparel conglomerates, putting it on a path toward becoming a $10 billion business. Elsewhere, there were movements in the plus-size fashion space, Pinterest acquired The Yes, and fashion embraced home decor. Don’t forget to check out the Glossy Week in Review podcast with Glossy’s editor-in-chief Jill Manoff and myself, and the Glossy Podcast with Manoff and AKA Brands’ Jill Ramsey, –Danny Parisi, sr. fashion reporter

Levi’s 5-year plan
On Wednesday, Chip Bergh, CEO of Levi Strauss & Co. announced an ambitious five-year plan for the denim company. Essentially, Bergh wants Levi’s to become an international conglomerate with multiple brands under its umbrella, anchored by the core Levi’s brand. It would include the company’s existing brands Dockers and Beyond Yoga, the latter of which was acquired last year, as well as new acquisitions. Along the way, Levi’s aims to double annual revenue from more than $5 billion to $10 billion.

Bergh laid out a clear path to get there, though some details are still up in the air. For example, Levi’s wants to open 400 more stores in the next five years, and 100 of those stores will be in the U.S. Ideally, direct-to-consumer sales will increase from 36% to 55% of Levi’s total revenue in the same timeframe.

If Levi’s can successfully build itself into a multi-brand conglomerate, it would make it a more significant challenger to rivals like Gap Inc., which makes $16 billion annually. It will also further distance itself from American Eagle Outfitters, which makes just over $1 billion annually.

Levi’s current crop of brands are already competing in the same spaces as Gap and its brands Athleta and Old Navy. Bringing Levi’s up to $10 billion would necessitate taking some of Gap’s market share.

In a press release, Bergh characterized Levi’s as “a much stronger, more profitable company than we were at the time of our IPO in 2019, having made meaningful progress on executing our strategy and diversifying our portfolio. We are entering this next phase of growth with strong momentum, proven execution and a bold strategy to increase profitable top-line growth annually by 6-8%, growing our direct-to-consumer business to 55% of revenue and nearly doubling the women’s business.”

New moves in plus
On Wednesday, two of the brands that helped establish the modern ideas of extended sizing and plus-size fashion merged.

Dia & Co., co-founded by Nadia Boujarwah, announced the acquisition of Patrick Herning’s 11 Honoré. The latter is a luxury-focused plus retailer and brand that caters to women in sizes 12-24. The acquisition, made for an undisclosed sum, brings 11 Honoré’s high-end fashion expertise to Dia & Co.’s broader reach.

It’s a good sign for inclusive sizing in fashion, as retailers like Nordstrom and brands like Universal Standard and Tanya Taylor, a frequent 11 Honoré collaborator, continue to make extended sizing more commonplace.

But as Glossy’s editor-in-chief Jill Manoff noted in an article on Wednesday, the plus revolution has had bumps in the road. In mid-May, Old Navy announced on an earnings call that it would be scaling back its ambitious Bodequality program that added extended sizing to all Old Navy locations and products. While not phasing out the program, Old Navy CEO Sonia Syngal said the company will be scaling back the amount of inventory available in select stores to match demand.

Pinterest acquires The Yes
Breaking late on Thursday, Pinterest announced that it would be acquiring AI-powered shopping platform The Yes for an undisclosed sum.

Founded by Julie Bornstein in 2018, The Yes is similar to Pinterest but focused more on shopping versus inspiration. Upon closure of the deal, which is expected to be finalized this year, Pinterest will close The Yes’s app and absorb The Yes’s team, including Bornstein.

Fashion embraces home decor
Two more fashion brands launched home decor products this week: Gap, with a Walmart-exclusive kids’ collection, and Mejuri, through a collaboration with Claude Home. They were the latest in a long line of brands from Mytheresa to Aquazzura that have recently made their move into home goods.

On the Glossy Week in Review podcast this week, Jill Manoff and I discuss the reasons brands have made this move. For some, the pandemic-fueled interest in spending more time at home and redoing home offices meant home was an attractive option. For others, it’s a simple matter of home goods having better profit margins than clothing. For more of our discussion, check out the Week in Review episode.