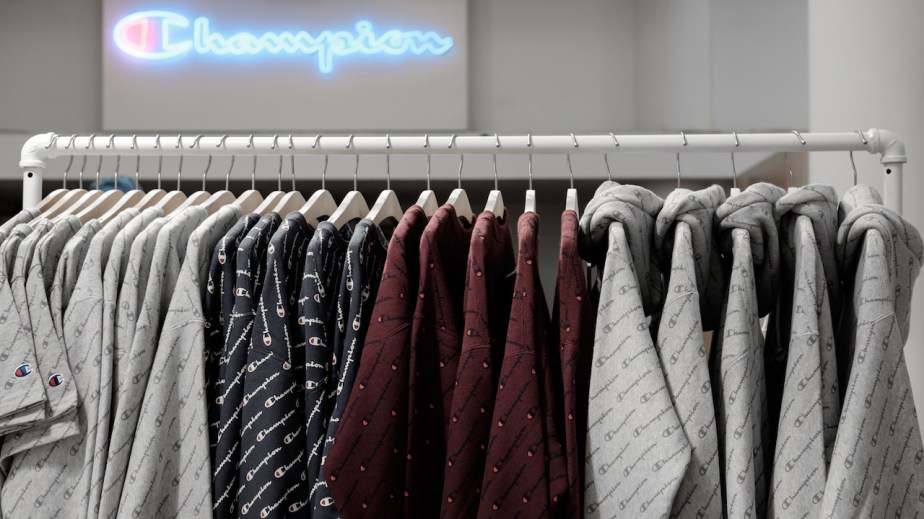 ‘We would love to compete with Nike and Adidas’: How Champion worked with a licensee to grow its year-old sneaker division

This year, Champion Sportswear celebrated 100 years in business, with most of the century spent refining and perfecting its sports apparel. It was only last year that the brand finally expanded into sneakers and footwear. In the first year, Champion’s footwear division is still nascent, but the people behind it are confident it will be a big part of the brand going forward.

“We know we have a lot of room to grow, but we are very happy, sales-wise, about how it’s been going,” said Clardy Palacios, senior licensing manager of activewear at Champion. “We sold over 1 million pairs of the Rally Pro [Champion’s hero sneaker] in the first year alone. We haven’t had to price down at all. Our licensing partner is so seasoned in the industry that we’ve been able to find a good place where we fit in, even though it’s such a competitive space.”

Unlike its apparel, which is designed entirely in-house, Champion’s footwear is licensed out to BBC International, a company that also makes licensed footwear for Polo Ralph Lauren and Tommy Hilfiger. Champion’s design team works closely with BBC’s at the beginning of each season, laying out their overall creative goals for the overall collection, which BBC then mirrors in its footwear designs. For example, Champion’s spring 2020 apparel collection incorporates elements of West Coast skate culture, which inspired BBC to feature vulcanized rubber soles reminiscent of skateboard shoes in the season’s sneakers.

While BBC is a separate entity, and even meets directly with buyers to sell Champion shoes to retailers, both teams work together each season to make sure the styles are compatible and will look good when put together in a retail display. Champion also provides BBC with data about what apparel products have been selling particularly well to help inform decision-making going forward.

“We work really closely with the footwear team,” said Thom Baker, global creative director at Champion. “They’re experts in the space. So we usually rig up a room filled with sample pieces, pieces from the archives, colors, one-off things we’ve sewn the night before that exemplifies where we want to go that season. They take a look and we talk it over, and then they come back to us with samples and present their interpretation of it. They’re very receptive to following our overall brand direction.”

Palacios said that she and her Champion co-workers were happily surprised that the sneakers sold at their full price of $80 to $120, a range similar to that of Nike and Adidas sneakers. Champion, bolstered by recent surges in athletic and ’90s-inspired fashion, as well as its adoption by the streetwear crowd, last year reported impressive 30% revenue growth in the third quarter of 2018, which grew to 40% when excluding the mass fashion it supplies to stores like Walmart. Still, Palacios said that she does not see Champion as going head to head with either of those brands at any time soon, even if that’s the ultimate goal somewhere down the line.

“The reality is that we would love to say we compete with [Nike or Adidas] — that’s our goal eventually — but it’s only been a year,” Palacios said. “There are not many brands that have gone from apparel to footwear; it’s usually the other way around. That’s one of the challenges. We had to walk before we could run. We’re more in the space of brands like Fila. We are looking for opportunities to edge out that mid-tier space. We can’t go head to head with the big footwear brands just yet.”

The biggest challenge for Champion’s footwear ambitions right now is something that has been on the minds of many in fashion: tariffs. BBC manufactures mostly in China, and the ongoing trade war between the U.S. and China has been impactful. Currently, Champion’s apparel and footwear are both made in a few countries including China, Vietnam and Honduras.

“[BBC is] still making things in China, but they’re moving out,” Palacios said. “Everyone over there is starting to figure out how to get out of China. It gets a little harder in the footwear space, because the quality of the production in China versus other places is just different — but it’s not just footwear. Our bag partner has had to move to Cambodia. That’s where a lot of manufacturing is going.”

“Tariffs are landing on footwear, and its going to affect the whole category,” Baker said. “As everyone does their financial reports, a big thing is likely to be margin loss attributable to tariffs. People have been moving out of China for a long time, going to Taiwan and now Vietnam. People have been looking at lower-cost sources.”