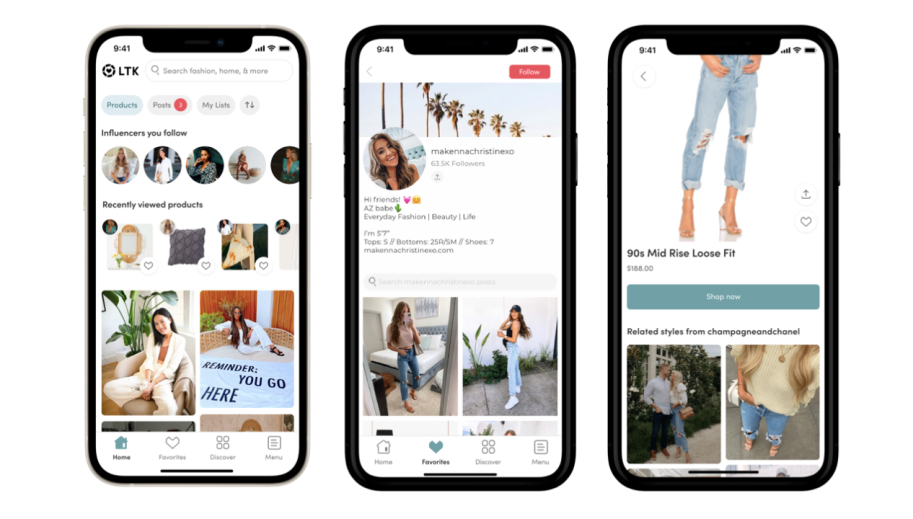 Just two months after a rebrand, LTK, the combined company of LikeToKnowIt and RewardStyle, is in the midst of piloting a new self-serve platform to connect brands and influencers. It will launch later this summer.

The platform, officially called the LTK Self-Serve Brand Platform, acts as a portal for brands to connect with more than 150,000 influencers directly. LTK bills the portal as a one-stop influencer shop where brands can price, cast and execute their influencer campaigns, as well as see more than 10 years of retail and influencer data collected by LTK. Brands can check individual influencers for their reach, impact and audience engagement, as well as other brand campaigns they’ve done to find the right match.

Brands and retailers like LTK clients Abercrombie & Fitch can create a campaign by entering a description, inspiration imagery, sales goals and desired channels (Instagram, TikTok, etc). LTK will then suggest influencers whose reach and audience best fit those criteria, using a proprietary algorithm. Brands can inspect each influencers’ audience data, including detailed demographic breakdown around region, gender and age, as well as historical sales data for other campaigns.

Previously, LTK would directly facilitate these relationships, but the new portal automates much of the work of finding the right influencer for a brand. The platform is currently free, but will be subscription-based when it comes out of beta later this year, said LTK’s general manager, Kristi O’Brien. The exact price is still being determined, but there will be several tiers based on how much a company will be spending on campaigns a month.

While other influencer-brand platforms like Grin also provide insights on influence sales and performance, O’Brien said LTK’s platform stands out by having both a decade of retail data specifically tied to influencers through their LTK shops, as well as an added emphasis on demographic data.

LTK bills its influencer database as the largest in the world, with brands investing more than $1 billion in total on the platform through collaborations and commissions since LikeToKnowIt launched in 2017. LTK rebranded at the end of June, combining the separate brands of RewardStyle, a monetization platform for influencers, and LikeToKnowIt, a shopping app specializing in selling influencer looks, into a single entity. The new self-service platform is meant for smaller DTC brands that want a quicker, algorithmic way to do one-off campaigns; they often don’t have the resources for making individual partnerships with many influencers, according to O’Brien.

“Two of the hardest things about working with influencers is that you don’t always know who you should be working with,” O’Brien said. “And if you do, it can be really hard to get their attention. You could be one of a thousand DMs they receive in a day.”

Katherine Redd, e-commerce director at Charleston boutique Hampden Clothing, said her store is one of the more than 20 businesses that has been piloting the program since March.

“We are very deliberate about how we cast campaigns, customizing not only according to demographics and psychographics that match our consumer target, but also strategically based on who we can trust will convert,” Redd said. Hampden used LTK’s platform to connect with influencers like Kelly Saks (37,000 Instagram followers) to promote some of its summer items. For example, Saks posted on Instagram in June about a blue-and-white Hampden slip dress. It received more than 1,000 likes and linked to Hampden’s LTK shop page.

“The platform offers complete control over the campaign, including full-funnel insights, messaging with the influencer and payouts, making it a one-stop-shop platform,” Redd said. “We are a small team, so having a user-friendly platform that can enable us to quickly find and cast influencers and go through the campaign process efficiently is critical. It’s an incredible way to test and scale what’s working hardest for us.”

The market for influencer monetization is competitive. Instagram has a Shop From Creators section, but only allows influencers to tag brands that are already part of Instagram Checkout, while LTK allows influencers to link to a broader range of more than 5,000 brands and retailers. LTK has been growing significantly in the last year, hiring 100 new employees in 2021 so far. Currently, the company brings in nearly $3 billion in annual revenue to its brand partners, said O’Brien.