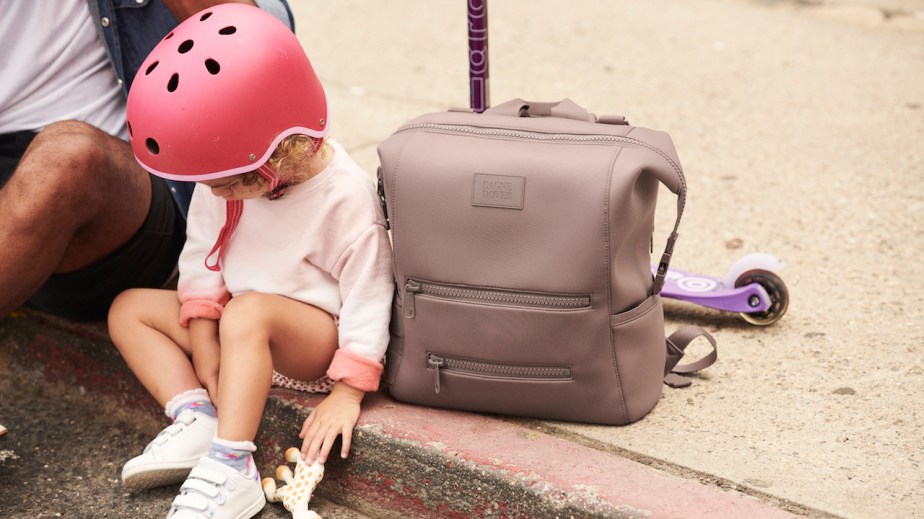 ‘It’s the most important thing we do’: How fashion brands are streamlining the sampling process

Normally, when Jessy Dover begins designing a new bag for her brand, Dagne Dover, the process from conception to finally selling the bag takes about a year. For the brand’s newly launched baby bags, a product category it had never tackled before, that process was twice as long and required twice as many prototypes before Dover and her team felt happy with the result.

Creating samples, or prototyping, is a normal part of fashion design, but it’s an area where many fashion brands struggle to stay efficient. It’s common to make dozens of versions of a product before signing off on a design, and oftentimes, samples wind up in the trash. For brands selling to wholesale partners, the number of styles and samples that wound up scrapped is typically more, since they are trying to appeal to buyers who might only choose one style out of 10 or 20 samples. For younger brands needing to be as efficient as possible, seeing as time is money, streamlining the sampling processes is crucial.

“I do believe [prototyping] is the most important thing that we do at the company,” Dover said. “We put a lot of manpower into it, because if you don’t get that right, there are problems down the line. As soon as the sampling process is done, you start production, and then it gets shipped off and sold. So if anything gets messed up in the sampling stage, you’ll feel it later.”

Dover said that, for a typical bag, anywhere from three to 10 samples are made, and that Dagne Dover is on the low end for a few reasons. Being a primarily DTC brand, there’s no need to deal with buyers, which Dover said can inflate the sampling process. The few buyers that Dagne Dover does work with (from its wholesale partners Nordstrom, Bandier, Shopbop, Equinox and Apple) have worked out a relationship in which the brand designs products that are going to be produced no matter what for DTC sales and the buyers just pick which ones they will buy to sell wholesale. The brand does not currently offer retailers exclusives.

Additionally, all of the brand’s samples are made using scrap material from the previous season’s production. While Dover said it’s hard to estimate the exact cost of samples, since samples are baked into the overall production deal with the brand’s factories, they take up a huge amount of time and effort from the brand. On top of that, fast fashion has pressured brands to be sloppy and not methodical with their sampling, she said.

“My whole MO is to take your time and do it right the first time,” Dover said. “If you do, it eliminates a lot of pain. Fast fashion is so wasteful, and there’s so much pressure to have something new constantly. That often means forfeiting the use of scrap material and not talking with the manufacturers to get details right. Fast fashion doesn’t allow for those things. Part of the reason we have an irregular cadence is because we just release when it’s ready. When you rush, that’s when people start to make mistakes.”

Designers for Nordstrom’s private labels go through many more iterations of samples, up to a few dozen, before they settle on final designs. To combat this, Nordstrom has begun experimenting with a 3D rendering technology called Browzwear, in hopes that it will prove a fitting alternative — or at least complementary tool — to the physical sampling process.

“We had a lot of waste in our sample production process and we wanted to reduce both the waste and the time it took to produce samples,” said Carly Stubner, senior manager of program management at Nordstrom. “We didn’t just immediately go from making physical samples to doing things in 3D. We’re doing a combination, that way we could get feedback on the fit of the samples and on the process of working in 3D at the same time, so we could build confidence in the 3D rendering system.”

Nordstrom has begun training a number of designers in the use of this rendering software, creating digital versions of each physical sample made. Along the way, the company collected feedback from both the designers using the software and the buyers who were shown both physical and digital samples during the buying process. The hope is that, going forward, while physical samples will always be a part of the deal, digital samples can curb some of the time and waste.

“We started trickling the 3D images into our buy meetings, showing both types of samples — physical and 3D,” said Rachel Hoversland, program manager of Nordstrom’s business integration team. “The adoption and feedback have been really great. Our goal is to do entire shows [to Nordstrom’s internal buyers] in 3D.”

And the faster fashion moves, the more such shifts will be needed.

“I have designer friends who are into dropping something new every month,” Dover said. “And when you do that, you pay down the line. Nothing is without cost. You cut corners to keep moving fast, then you start paying a lot for shipping costs. Beyond that, think about your sustainability. It would be impossible to keep any of those things under control.”