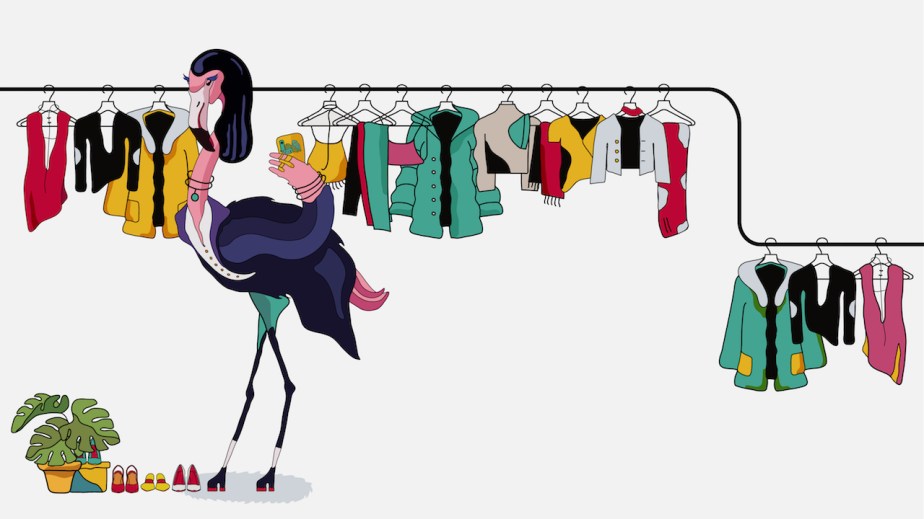 The end of workwear: Clothes are just clothes, as work becomes a 24/7 pursuit

So much for lengthy deliberations over desk-to-dinner attire.

As technology has led to work’s evolution from a 9-to-5 commitment to an always-on mentality, so, too, has the clothing people put on. Workwear has evolved so employees can simply travel without a costume change from their job to their leisure pursuit, home office to company headquarters, the airplane to a planning meeting. The idea of a separate work wardrobe is falling by the wayside, as the demand for styles with ready-for-anything versatility rises.

“The shift reflects the new way of doing business,” says Ray Li, founder and CEO of 3-year-old custom workwear company Sene. “You need clothes that can work in a bunch of different settings. They make you feel put together, but they also travel well.”

In other words, comfort is key but not at the expense of style. To answer demand, fashion companies are increasingly producing pieces with classic silhouettes, of nonrestrictive materials that are suitable to wear to the gym.

Among Sene’s best-selling styles is its FlexTech suit made with athleisure fabric from a mill also used by Lululemon. Women’s workwear brand M.M.LaFleur’s top-selling pants for the past four years have been its Foster style, described by founder and CEO Sarah LaFleur as “yoga pants for work.” Argent, with a tagline of “workwear, redefined,” has incorporated elastic waistbands into many of its pieces and recently launched a tracksuit; it sources fabric from Swiss textile manufacturer Schoeller Textil AG, which works with athletic wear companies including Under Armour. And Walmart-owned Bonobos, best known for its men’s work pants, is increasingly using performance fabrics.

In step with the rise of streamlined, wear-everywhere clothing is Americans’ growing obsession with a simplified, Marie Kondo-inspired lifestyle. At the same time, consumers are shifting their budgets from things to experiences. Spending on fashion is falling out of fashion.

Trends in workwear throughout history have reflected the socioeconomic climate of the times. In the 1980s, women used power suits to signal their new economic power and establish authority in the traditionally male-dominated workplace. In the 1990s, Silicon Valley startups dictated style: Other workplaces took their cue from the booming tech companies, which set their dress codes to attract young talent as they aimed to disrupt the status quo. By that decade’s end, 95% of the U.S. businesses surveyed by the Society for Human Resource Management had established a regular casual day — typically Friday — compared with 24% in 1992.

The notion of a work uniform lingered, reinterpreted with Mark Zuckerberg’s gray T-shirt and Steve Jobs’ black turtleneck as blueprints for other men wishing to save time when selecting their attire. In 2012, Barack Obama told Vanity Fair, “I wear only gray or blue suits. I’m trying to pare down decisions.”

But the tech world set a double standard, in that women who adopted the popular, casual look of hoodies and sneakers were not taken seriously, says Sali Christeson, founder and CEO of Argent. And though the suit has long served men as a no-brainer dress-to-impress option, that style whether worn today by a man or a woman sends the wrong message, Li says.

“Corporate isn’t trendy; the people who are now respected don’t fit the stereotype of being corporate,” Li says. “They tend to break the rules, and they have range: They have their feet in content, and they’re also in tech, but they’re not hard-core tech, and they’re also in media.”

Declares Li: “People who just wear a suit aren’t seen as having that versatility.”

The idea of providing a capsule work collection or uniform still seems to resonate with consumers, but rather than its being casual or formal, the garments are pegged somewhere in the middle. M.M.LaFleur recently updated its signature Bento Box offering, of mix-and-match styles said to compose a complete work wardrobe, to a version titled Omakase; that’s Japanese for “I’ll leave it up to you.” Shoppers can now select from a variety of themed capsules, from a polished “Power Player” option to a travel-focused “Frequent Flyer” set. Other women’s fashion brands embracing work-ready capsule collections include Misha Nonoo and Wardrobe NYC.

For women, the #MeToo and #TimesUp movements have also informed workwear choices. And women are now using their clothes to find comfort and assert control, says LaFleur. She referred to comfort as M.M.LaFleur’s top trend, based on strong demand for its styles made of an ultrasoft Italian fabric, which she says feel like “adult Snuggies.” What’s more, women are again striving to show men who’s boss through their attire.

“There’s a feeling of ‘I’ve had enough, and I don’t have to hide anymore. I’m going to show up, and I’m going to own the room,” says LaFleur. “They’re wearing more vibrant color, and they’re being more bold.”

Christeson also says she’s seen an upsurge in women’s embrace of color: “Women have more awareness that it’s an uneven playing field and they have to fight harder, and being informed is leading to more confidence,” she says. “They’re aware that how they show up and what they wear matters, and they’re using style to reinforce who they are in the workplace. It’s an extension of their personal brand.”

LaFleur points to the fact that fashion tends to be flashier when the stock market is rallying, so women wearing athleisure suits in a look-at-me color could be a temporary trend during an up market.

But all those interviewed agree, the comfy-making components once restricted to casual wear will stick — for Friday and every other day.