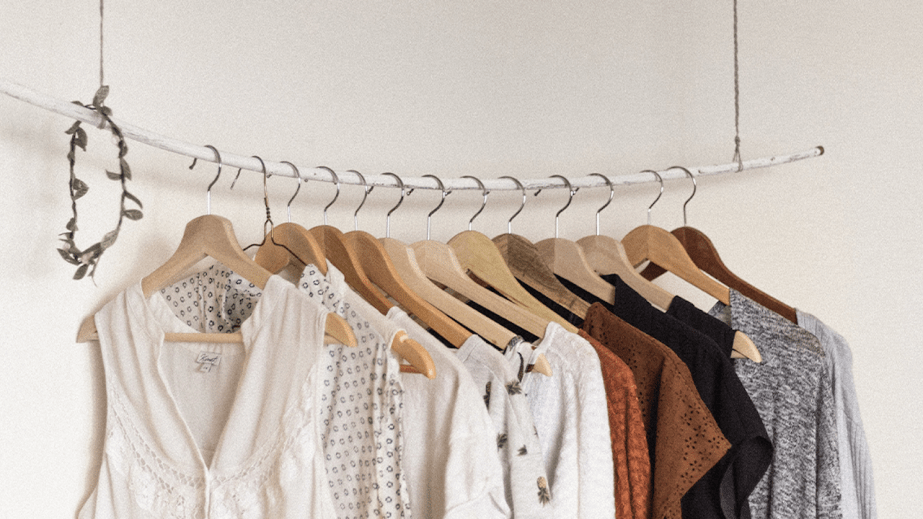 The Cult of Brandy Melville

After mere minutes of observing the entrance to a Brandy Melville store, it becomes easy to pinpoint which passersby will stop and walk in, based on looks alone. All are tweens or teens with friends or parents. All have shiny, beachy long hair. All are wearing variations on one six-piece uniform: Nike Air Force 1s or Converse sneakers, mom jeans or black leggings, a cropped shearling pullover or a cropped sweater. And they’re all rail-thin, by any standards.

At New York’s Greenwich Village store one February weekend, that included friends Maria, age 13, and Athena, 14. Maria bought a $20 white cropped tee and $5 star earrings, and Athena bought a $32 navy cropped sweater. Both say they like shopping at Brandy Melville for its shirts and free stickers with purchase.

Then there were Rebecca, 12, and Taylor, 10, who were shopping with their moms and settled on sweatshirts. They had just heard about Brandy Melville from their dance-class friends. Despite the retailer’s notorious lack of a size range — tags are marked “one size” or “small” — they say they had no trouble finding styles that fit. They usually wear sizes 12 to 14 in kids’ clothes.

Another Maria, age 15, walked out of the store with two new sweaters and a mini skirt.

“Brandy Melville just blew up at my school,” she says. “A lot of my friends don’t like that it’s one size only. And I bought a pair of pants that I couldn’t fit into, which was a wake-up call about how ridiculous that is. But I know what styles will fit me.”

Sizing is just one area where Brandy Melville is rebelling against retail’s direction and prevailing ideals. Though it’s been widely reported that it’s Gen-Z demanding these shifts, the demographic hasn’t been deterred from shopping Brandy Melville. In fact, they’re scooping up the brand’s snug, cropped styles in droves, and proudly announcing their purchases through social media posts and tags.

While fashion companies are bending over backward to be more inclusive, sustainable, transparent and values-driven, Brandy Melville is churning out throwaway fashion with no sustainability goals to speak of, unapologetically Instagramming pictures of slim white girls exclusively, and directing press looking to share the company’s story to a generic email address that seemingly belongs to no one. Like its fast-fashion counterparts Zara and H&M, it’s also been accused of stealing independent designers’ artwork for use as clothing graphics.

The privately held company is not new, having started in Italy by retail vet Silvio Marsan and his son, Stephan, in 1970. But it wasn’t until 2009 that it moved its operations to California and opened its first U.S. store, near UCLA. Despite, true to form, going against the grain by doing zero advertising, it’s seen rapid growth in recent years. In 2014, analysts estimated the company was doing $125 million in annual sales. Its 2018 sales were around $300 million, according to The Fashion Law.

Much like fellow brands with cult followings, organic growth via Instagram is the brand’s secret sauce. Its account has 4 million followers, many of whom have adopted its signature unfiltered, imperfect, ’90s-nostalgic look for their own feeds. The look is a direct backlash to millennials’ ultra-polished aesthetic, defined by walls of all-pink photos and perfectly styled pictures of brunch. Plus it’s easy to recreate, which means a low barrier to entry into the brand’s tribe.

“Brandy Melville is one of those superstars in that space, in terms of the way they have built this community on a very recognizable aesthetic,” said Amber Atherton, founder and CEO of marketing platform Zyper. In January, Zyper ranked Brandy Melville No. 16 on its Community Index for 2020, a list of the most culturally relevant consumer brands that are building online communities. Glossier was No. 2, Allbirds was No. 7.

Helping to fuel its community are its 36 U.S. stores, which cater to those in the know. While brands are using stores as marketing tools, Brandy Melville’s are only subtly marked, and their shopping bags are solid black, no logo. And they don’t offer much of an experience for anyone other than Brandy Melville fans: Rather than techy activations and a curated inventory, they feature hardwood floors and a crowded thrift store vibe.

Brandy Melville ensures store associates gel with the Brandy Melville aesthetic. Many of the Glassdoor reviews on the company’s interview process are different takes on the following: “Asked for my Instagram and looked at it. No questions and no formal interview. Just ask for your Instagram and see if you ‘fit’ what they are looking for.”

Overall, Brandy Melville reads like Gen Z’s version of ’90s-era Abercrombie & Fitch, which centered on a retro look, hired models to work in-store and faced much backlash from moms and beyond, though largely for too-sexy ads.

Offering an alternative, serial entrepreneur Rachel Thebault is currently working on an anti-Brandy Melville brand of sorts, called Woodley and Lowe, set to launch in August.

“Brands run by adults assume that girls want to grow up faster than they really do,” she said, noting that her tween and teenage daughters’ shopping struggles inspired the line. “Plus no one is really hitting them with clothes that fit their lifestyle and fit them well. So they’re either wearing XL in kids’ or the smallest in women’s, usually Lululemon.”

If all goes according to her plan, young girls will discover and embrace Woodley and Lowe, and moms will approve of it based on its size inclusivity and social responsibility.

“Gen Z is not thinking through the ramifications of every purchase,” she said. “It’s attractive to them when a brand says they’re environmentally or socially responsible, but they’re not necessarily holding it against someone who’s not going the extra mile.”