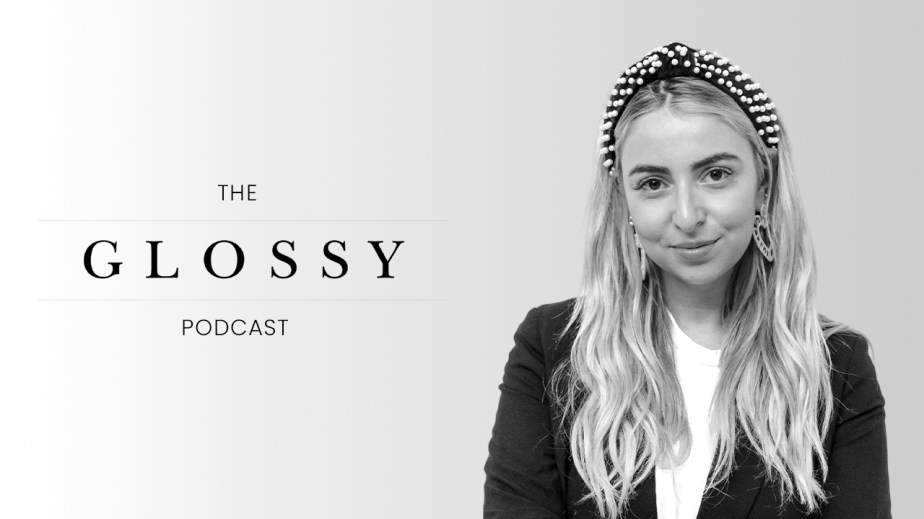 When sisters Kendall and Libby Glazer launched Stoney Clover Lane in 2009, Kendall was 17 and Libby was 15.

“The brand you know today is not the brand that started Stoney Clover Lane,” said Kendall Glazer on the latest episode of the Glossy Podcast. “It started as beaded bracelets. It was a hobby. But we always kind of had this business mindset. We took something that so many other girls were doing and went through the motions of turning it into a business.”

Today, Stoney Clover Lane is known for customizable lifestyle accessories, from makeup pouches to duffel bags. It has around 100 employees and is getting set to launch its fifth and sixth stores. Despite travel being put on hold, negating hot sales moments like spring break, Stoney Clover Lane had a successful 2020, with 200% sales growth.

Glazer owed the strong sales, in part, to the brand’s strong community. “They’ve always been engaged,” said Glazer. “And in the last year, we did more to engage them, with crowdsourcing and just making ourselves more accessible.”

Glazer also discussed Stoney Clover Lane’s 2021 plans, including collaborations and its retail expansion. Below are additional highlights from the conversation, which have been lightly edited for clarity.

An experience-first retail strategy
“What sets us apart, and what other retailers that are doing well right now [are doing], is providing an experience — something different than you are able to get from the website.… Our first store in Palm Beach, which opened about two years ago, was really about creating a destination. We grew up in Palm Beach, but so many people are like, ‘Why Palm Beach?’ [And it’s because] New York is just obvious. [We would have been] one of every other store that starts in New York. Whereas in Palm Beach, it’s so exciting to the local community. There are tourists there, as well. It felt like a destination. It felt aspirational. And that’s exactly what we wanted. And there are so many people in Florida. We have people traveling from Miami to Jacksonville, just to come to our store for the day, to really come in and be brought into the world of Stoney Clover Lane.… Since our brand is so focused on customization, a lot of our customers get inspo from our Instagram. We compare walking into our store to walking into our Instagram feed. The walls are rainbow-colored, covered in so much inspiration. You could walk in and grab something off the wall, and leave happy. Or you could look around and see all the different patch options, and there is someone on-site sewing, so you’re able to watch your [customized] product come to life. We’re all about that instant gratification.… We’re opening at least two more [stores] this year. New Orleans and Nashville will be coming in late spring or early summer. And we have cities in mind for future locations. But it’s about finding the right space, because [our stores are] so much about the experience. We’re not going to take the cities that we’re targeting and just go find a space in that city to open right away. We’ll wait two or three years in one of those cities for the right space.… It’s a lot about the company [we’re in], who’s around us. We don’t want to be in a traditional shopping mall. We don’t want to be in something that feels too commercial. We’re like, ‘When we’re in that city, where are we shopping?’”

On making the most of closed stores
“In Palm Beach, our fulfillment happens in New York City. That [fulfillment center] was shut down for a big period of time. But in Palm Beach, we also have an office space that we use for the store, and we were able to bring back some of our employees to ship out online orders. We were able to get creative with how we were using the spaces, according to what made sense and kept everybody safe. We also wanted to retain as many employees as possible and to have people working. We introduced a ‘takeout’ strategy, which was really all about: ‘How do we offer the incredible Stoney Clover experience to somebody who doesn’t feel comfortable coming into a store yet?’ It was inspired by a diner and Happy Meal takeout. We created this box that was super cute, and it said ‘Stoney Clover Lane Takeout,’ and when the employee would walk outside [to deliver ordered products], they would wear this apron that had the Takeout logo. And we had a menu [of products]. You could call and order — we tried to make it easy. And we had what we were calling our daily specials, which we were updating weekly with popular styles.”

Pandemic workarounds that worked
“Libby and I came to Florida [from New York] a week before things really started shutting down — and it was March and spring break time, which is a huge time for us. Every single email we had planned was about spring break. It was travel guides, it was: ‘This duffel fits under the seat in front of you.’ And my first thought was, ‘Stop everything. Shut everything down. We need a strategy.’ And if you go back a year, people were hypersensitive, understandably. And brands were trying to figure out what you could and could not do. So I was like, ‘Let’s see what people are responding well to. Let’s ask our customers and our followers on Instagram: Do you want to see new launches? Yes or no? Do you want to see this? Yes or no?’ And we were reading what they were saying, talking to them, having a very open dialogue. And then we really went back to the roots of Stoney Clover, because we were bored out of our minds. We were sitting around on the weekends making bracelets for ourselves, and I was posting them on Instagram. Everyone was like, ‘Can you sell those?’ Our fulfillment center was shut down in New York and we didn’t know when it was going to open, and our online orders had slowed down a lot. We still had amazing customers who were supporting us, without even knowing when they’re going to receive [orders], but there was so much uncertainty. But we could make the bracelets, and we could pack them and ship them from home. So we did it, and those bracelets sold out in minutes.… We were just adapting to what people wanted and coming out with new, fun things — doing whatever we could be doing. People were engaged. My biggest fear was: I don’t want people to forget about Stoney Clover. So, I thought: How do we keep them engaged and keep them coming back, and not have them be like, ‘Oh, that travel brand — well, I can’t travel.’”