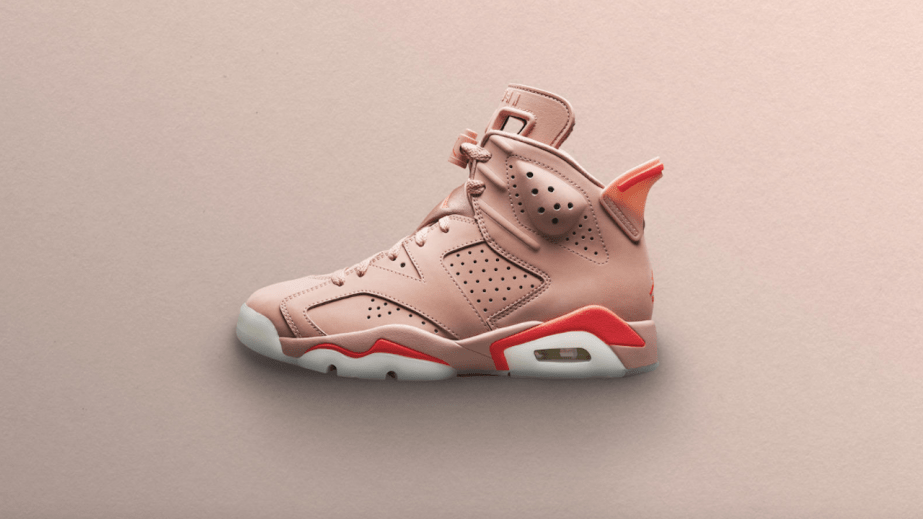 Beyond ‘shrink it and pink it’: Brands are rethinking their approach to women’s sneakers

There has popularly been an unwritten rule when it comes to sneaker brands designing footwear for women: Shrink it and pink it.

“Oftentimes, women’s products are just taken from men’s, shrunken down and with some pink or some glitter slapped onto it, and that’s your women’s shoe,” said Libby DeLana, co-founder and creative director of Mechanica, a creative agency that has worked with sneaker brands like Saucony. “That’s a general characterization, but it is often true.”

This somewhat disdainful treatment of women’s sneakers is consistent with a market that has traditionally been dominated by men both on the design side and the consumer side. But that is changing.

According to Nike CEO Mark Parker during the brand’s third-quarter earnings call on Thursday, Nike is about to significantly expand its women’s offerings. Parker said that Nike’s Jordan brand has experienced double-digit growth among women in the last quarter, and several of the brand’s signature styles like the Air Force 1 and the recently released Air Max 270 have all seen growth in sales to women over the past year.

In response, Nike said women’s is one of its four key growth categories for the next fiscal year, along with international, apparel and digital.

“The inspiring work from our brand teams is just part of our broader strategy to shift resources and accelerate our women’s business,” he said on the call. “In product, we’ve aligned our merchandising teams for one unified women’s vision of retail […] and a complete women’s offense is taking shape.”

Women’s currently makes up less than a quarter of Nike’s total revenue, but growth in the women’s category has actually outpaced men’s for the last quarter. For comparison, in 2016, Adidas said that women’s represented 23 percent of its total revenue and that it was working to bring that number up, closer to 30 percent.

Women are routinely left out of the larger conversation around how sneaker culture has evolved. Hype sneakers rarely come in a full size range that accommodates women. Instead, women are often forced to purchase the shoes from the children’s section. Cardenas said that at the Sneakersnstuff store in New York, they see a large volume of children’s shoes being bought by women that aren’t for their kids.

“What women have wanted for a long time is to be part of the same conversation as men,” said Lauren Cardenas, gm of the Sneakersnstuff store in NYC’s Meatpacking District. “There are a lot of men’s silhouettes that are unavailable to women, so they’re being left out of the conversation.”

This is especially true for retro shoes with iconic colorways.

“A big complaint there is that all the original, classic colorways in a lot of sneakers are not offered for women,” said Steph BrownLow, brand strategist and founder of Carry Corp. “You have to hunt down the kids’ version, and they are usually lower quality. They’re not as good as the men’s shoes. I think women really just want to have the same options that men do and not have to compromise.”

DeLana points to two recent efforts from Nike as examples that the brand is doing better than most when it comes to giving women options: Nike’s massive collection of kits for the 2019 Women’s World Cup and the revitalization of the Jordan women’s line under the leadership of Andrea Perez.

“Those two things are putting them on the forefront,” said DeLana. “To make an entirely new model of shoe is not an insignificant thing.”

Nike is not the only brand looking to earn good will with women. Adidas recently announced that the female World Cup players Adidas sponsors will earn the same bonuses that the men it sponsors does. Additionally, it launched a huge campaign supporting the equal representation and airtime of women’s sports and men’s.

Marketing can be a strong factor in how women perceive the brands they want to buy from. Cardenas said that if sneaker brands want to be successful with women, they don’t need to coat their shoes in glitter and sparkles; they just need to do two things: provide larger size ranges so women can easily shop them and make it clear in their messaging that their shoes are for everyone.

“You can make one shoe and do a marketing campaign with men and women,” said Cardenas. “The Jordan 6 [designed by Aleali May] is a great example. It’s unisex and different, it’s appealing to men and women, and the marketing highlighted that. If brands keep moving that way, there’s a lot of potential in the women’s market.”