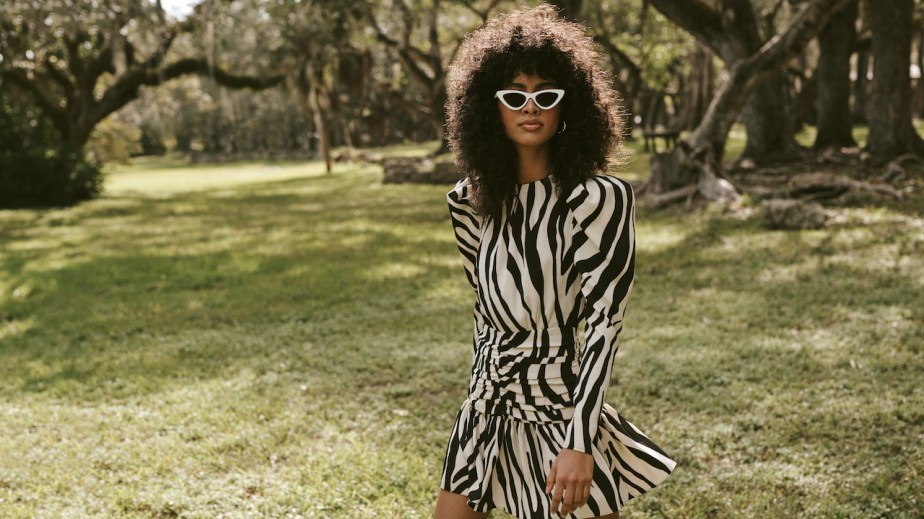 As the rental field continues to get more competitive, Rent the Runway is tinkering with its available subscription plans by adding a third option in between the lavish Unlimited subscription and the more bare-bones Update, or 1 Swap, subscription.

The new 2 Swap plan, launched Tuesday, will let customers swap out their four rented items twice per month for a monthly fee of $135, instead of once as the $89 1 Swap plan allows. The Unlimited plan offers unlimited swaps is $159. 2 Swap members also get access to Rent the Runway’s full catalog of more than 700 designers, just as Unlimited subscribers do. The 1 Swap members get access to only 450 designers.

It’s one way that Rent the Runway, the largest but certainly not the only major player in the rental space, is standing out from competitors. Rent the Runway has raised $330 million and is valued at more than $1 billion. According to the company, more than 75% of the company’s revenue is from subscriptions, while the rest comes from one-off rentals and sales of items. It’s important for Rent the Runway to keep introducing new ideas if it wants to stay ahead in an ever-changing rental field in which new competitors are appearing — and disappearing, with Armarium just announcing it will be closing later this week — constantly.

“The idea came from meeting customers where they are, whether that’s in terms of products, access or subscription options,” said Rent the Runway COO Anushka Salinas. “We heard a lot of feedback from customers who had been renting on the 1 Swap plan for a while and were ready to start renting more regularly, but they didn’t want to jump straight to Unlimited. We thought it was important to give them a lot of options of how to rent.”

Salinas said she expects the new 2 Swap plan to be filled with a mix of new customers enticed by a middle-ground option and existing 1 Swap customers who are looking to upgrade but don’t want to jump to the full Unlimited plan. Feedback from the latter group is what inspired the new plan, and its existence makes Rent the Runway one of the rental platforms with the most options for entry.

In the last year alone, major retailers like Bloomingdale’s and Banana Republic have also gotten into rental, plus new independent platforms have launched, like Seasons and Wardrobe.

For Rent the Runway to keep its top spot, it can’t rest on its laurels, particularly given issues the brand has had with its rapid growth, like the roughly weeklong shutdown it experienced in October last year that affected roughly 14% of subscribers and halted all new membership.

“Every brand in retail should be living by the motto of ‘Meet your customer where they are,’ and the rental fashion business is not immune,” said Shelly Socol, co-founder of e-commerce agency One Rockwell. “If [Rent the Runway is] updating the rental offering, it means that their user base has demanded a more flexible middle ground, and they are choosing to listen. Across the spectrum, we’ve seen a very clear pattern: Either organizations acknowledge the shifting needs of their customer base and grow with them, or someone else will.”

Salinas said there are two key areas where Rent the Runway is looking to for differentiation: product assortment and access, with more subscription plans being an attempt to boost the latter.

“On the product assortment side, we’ve launched new categories like ski wear and home goods,” Salinas said. “And on the access side, we’ve started working with W Hotels [in December], we launched same-day delivery in New York City [in 2017], and we now have more than 50 drop-off locations in major retailers across the country.”

While its competitors are focused elsewhere — Le Tote on leveraging its ownership of Lord & Taylor to bring in new customers and Nuuly on courting a younger customer with its in-house URBN brands — Rent the Runway is hoping that having more options for entry will encourage more new customers to join and more existing customers to stay.