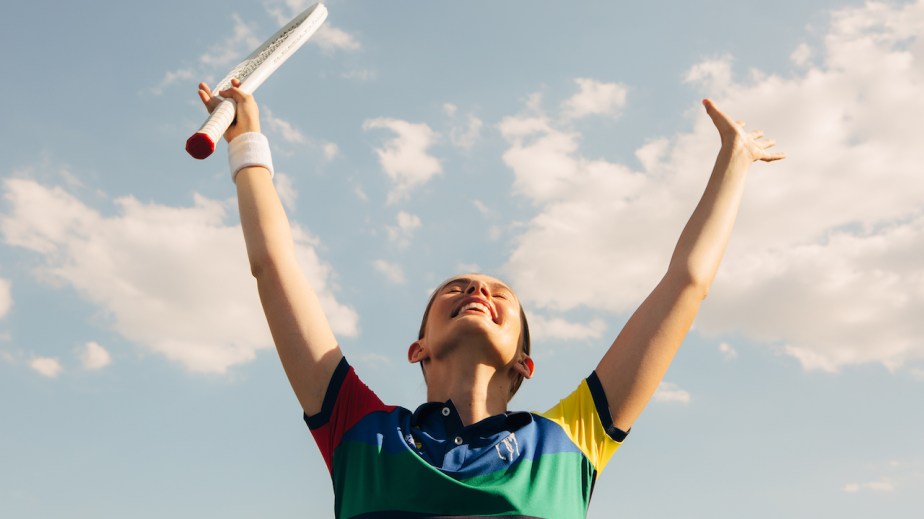 Ralph Lauren is making its latest play for Gen-Z shoppers, launching a major ad campaign on TikTok tied to the US Open Tennis Championships, beginning Aug. 31 and running through Sept. 8. Already the official outfitter for on-court officials and ball persons since 2005, the brand felt right at home launching a campaign around the tournament this year, even if TikTok was new territory.

“It’s really important to note that TikTok is the fastest-growing social media platform at the moment. What we’ve seen on the platform and what we have measured is that sporting events do incredibly well on TikTok and on social media in general,” said Alice Delahunt, chief digital officer at Ralph Lauren.

“Booksmart” actress Diana Silvers, who also happens to be a tennis enthusiast, stars in a series of videos for the brand set to run on TikTok, both organically and through a paid partnership.

With this campaign, Ralph Lauren is the first luxury brand to utilize TikTok’s sponsored hashtag challenge plus feature — Kroger has also used the feature in recent weeks. Launched earlier this month, the challenges ask users to post videos of themselves using or wearing a brand’s products, and include a specific sponsored hashtag in their post — in this case, it’s #WinningRL. The three videos with the highest engagement will win US Open swag from the brand. Through this hashtag challenge, brands can also post products in a separate tab on the platform, essentially making the brand shoppable through the TikTok app.

“In the same way that Instagram is used by brands to promote their products via traditional influencers, TikTok is just another way of doing so. The level of influence on a platform like TikTok is arguably even more valuable than Instagram, as the content is so raw,” said Katie Fè Delane, senior talent partnerships manager at Socialyte.

In another first for the brand, Ralph Lauren is using TikTok’s new integration with Giphy — the first brand to utilize this tool in an ad campaign. The brand created a set of custom US Open-themed stickers on Giphy that TikTok users will be able to utilize in their videos. Through this integration, the brand will be able to track how many times the stickers are used on the platform and better understand the engagement around the campaign.

“This is a launch. It’s a test, learn and iterate. We will continue to experiment with TikTok after this, but we will still focus on our other advertising channels as well,” said Delahunt.

Ralph Lauren isn’t the first fashion company to utilize TikTok — although the brand is officially the first to sponsor a major U.S. sporting event on the platform — as companies search for new ways to connect with the next generation of shoppers. Per a pitch deck obtained by Digiday earlier this year, the company reported 26.5 million monthly active users in the U.S. in February, with 60% of those users between the ages of 16 and 24.

In February, Calvin Klein made its first appearance on TikTok. It featured the ongoing “My Calvins” ad campaign, starring Kendall Jenner, Shawn Mendes and A$AP Rocky. In a previous interview with Glossy, Calvin Klein said that after just 24 hours, the effort on TikTok became the brand’s most viewed digital campaign. Plus, it drove 10 times the engagement of the brand’s spring 2015 campaign starring Justin Bieber. Other brands including Guess, Poshmark and Hollister have also run campaigns on TikTok.

While utilizing TikTok to connect with Gen Z makes a lot of sense, brands should be wary not to insert themselves where they don’t belong, said Fè Delane.

“TikTok influencers are not pretending to be anything or anyone. They are real people who are just having fun, and this is a strand of influencer that we have seen perform best in the traditional sense. Fashion brands, in particular, can cash in on the personal relationships that TikTok influencers have garnered by building incredible brand affinity,” said Fè Delane.

“For us as a brand coming into the space, it’s most important that we are credible and authentic, and so that was a really big part of the learning curve involved in creating this campaign. We saw that all of the best content is all shot on mobile, plus it uses native TikTok features and leverages music. We really wanted to create content that is true to that vernacular,” said Delahunt. Prior to creating the campaign, the brand worked closely with TikTok to develop content that would resonate on the platform and studied some of the best-performing user-generated TikTok videos.