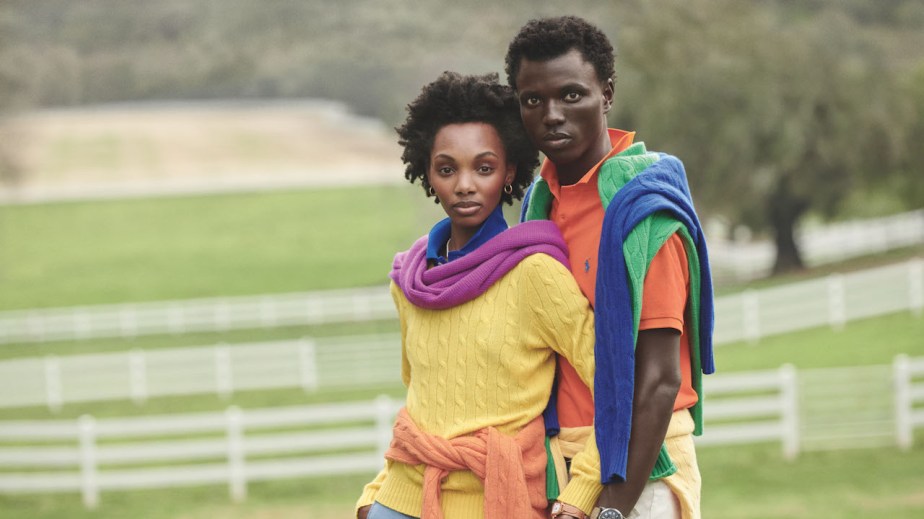 Ralph Lauren has always been associated with a certain image: a preppy, WASP-y style that has remained relatively unchanged for years. But its latest global campaign, which launched Thursday, sees it emphasizing diversity and inclusivity as the brand seeks to reinvent its image and its business strategy.

The campaign, called “Family Is Who You Love,” sees the brand bringing together eight families of various compositions, sexual orientations and ethnicities. The idea is that it represents the diversity of people who call themselves Ralph Lauren customers, said Jonathan Bottomley, CMO of Ralph Lauren.

This rides the shift that Ralph Lauren has been undergoing in the past few years. The brand has been branching out into new territories ever since it initiated its five-year “Next Great Chapter” plan last year to “win over a new generation of consumers” and “accelerate under-developed categories,” as Ralph Lauren put it in a statement at the time.

“Our Next Great Chapter plan outlines our approach to deliver long-term sustainable growth and value creation,” said Bottomley. “As part of that, two of our strategic priorities are to win over the next generation of consumers and to lead with digital. ‘Family Is Who You Love’ is a modern representation of our values that we believe will resonate with our target and existing consumers. We’re also emphasizing digital channels in our marketing as we seek to meet consumers where they are, online.”

With the refocus, the brand has also embraced things like streetwear, both through the adoption of the drop model and in some of the brand’s high-profile collaborations, including one with British streetwear brand Palace that was named one of the best collaborations of 2018 by Highsnobiety.

Ralph Lauren has also shifted its attention to the international stage. After closing several stores in the U.S., including its Fifth Avenue flagship store in April last year, the brand has been actively rolling out stores in China, opening “one a week,” said Ralph Lauren CEO Patrice Louvet, who joined the company in 2017. (Ralph Lauren still plays an active role in brand decision-making.) The brand currently has around 80 stores in China.

“China represent about a third of all personal luxury goods purchases globally and is one of the fastest growing markets for luxury retail,” said David Naumann, vp of marketing at Boston Retail Partners. “Fashion brands can’t ignore the lucrative Asian markets, as it represents tremendous growth opportunities. Ralph Lauren can maximize profits by closing underperforming U.S. stores and using the capital to open stores in Asia that have the potential to garner significantly more revenue.”

Ralph Lauren’s five-year plan appears to be working. In the company’s last earnings report in February, profits had shot up nearly 10 percent in the third quarter of fiscal year 2018. Just last week, analysts from both Wells Fargo and JPMorgan expressed confidence that the brand’s stock was a safe bet for the future.

For Bottomley, the latest campaign is an expression of how the brand is focusing on diversity not only of its customers but also of its business.

“Inclusion has always underpinned the Polo brand and our values as a company,” said Bottomley. “Mr. Lauren famously said, ‘Be anything you want to be, and be many things.’ This is at the core of our identity, and it informs not only how brands show up, but it also defines our culture and internal emphasis on diversity and inclusion.”