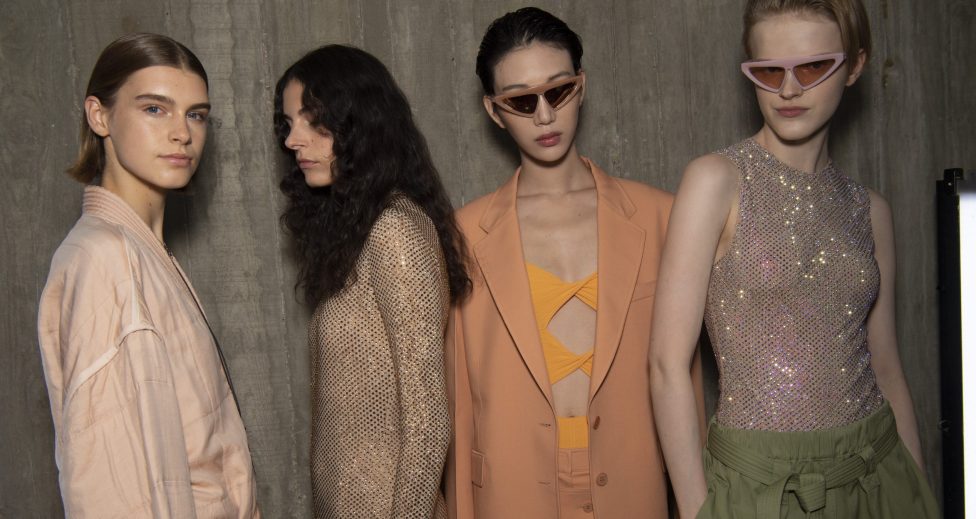 The first fashion week to ever be put in place, Paris Fashion Week has quite a reputation to get back to. Unlike the brands showing at other fashion weeks, the city’s mainstays — Chanel, Louis Vuitton, Givenchy, Hermés, Dior, Saint Laurent — have kept to the fashion week schedule, even eschewing it as the future. That’s as many other designers answer newer calls for fewer shows and a more sustainable schedule, as the world unfreezes from its Covid grip.

This season in Paris, a theme of joy seemed to run through a majority of the collections as designers focused on bringing a lightness to the proceedings. “It definitely felt like a reunion of sorts,” said Maria Milano, chief merchant of Olivela, a fashion and luxury e-commerce site that donates 20% of every purchase to charity. “Both on the runway and in terms of people reconnecting, it felt like the community wasn’t starved for inspiration.”

Other themes that played out included brands banking big on celebrities and influencers, as well as entertainment and fashion crossovers. The week was also a moment for fashion throwbacks to the ’60s and ’90s, and tributes to past fashion houses and designers.

Throwbacks to past decades
Dior was the first of the big houses to show, with Maria Grazia Chiuri coming out with a collection inspired by the house’s Slim Look collection from the 1960s, which included mod dresses and clean, graphic shapes. Looks like the Dior boxing shorts were repeated in multiple colorways, echoing the multi-colored set design by pop artist Anna Paparatti. Although the show wasn’t particularly radical, the brand performed extremely well in its social media coverage. In terms of media impact value (MIV),it was the top brand — in both overall brand ranking and brand ranking by owned media — according to Launchmetrics. It was bolstered by its ambassador, Blackpink singer Kim Ji-Soo, who attended the show and was the week’s top-performing celebrity on social media.

Designer Miuccia Prada shifted her attention to Miu Miu, with Raf Simons co-designing Prada. At PFW, the brand showed mini-skirts and a relaxed, modern collection with low-slung jeans — a definitive tomboy vibe that seemed to bring a fresh air to the brand. It was also a show within a show, showcasing past collections on the screens around the room.

Celebrities and influencers drum up brand buzz
The increasing presence and reach of celebrities and influencers have been running themes during this fashion month season. They included Cardi B at Richard Quinn, Dua Lipa walking in the Versace show, and Camila Cabello and Shawn Mendez at NYFW. As for social media influencers, they mainly came from TikTok this season. The app hit 1 billion users in September, and fashion brands have increasingly been aligning themselves with its biggest stars. Wisdom Kaye, who has 7 million followers on the app and signed with IMG after finding fame, walked in the Balmain show in Paris. Meanwhile, Abby Roberts, known for her signature beauty looks, was seen at shows from London to Milan. And Addison Rae attended the Versace show in Milan.

New collaborations combine entertainment and fashion
This fashion season has been bolstered by many catwalk collaborations, from Moncler’s Mongenius concept to Fendi x Versace’s “Fendace.” While collaborations within the fashion space seem to have increased, not many this season worked to add value to both brands, bringing a point of differentiation to the hundreds of other collaborations going on throughout the year. Balenciaga, for its part, balanced its collaboration between the fields of fashion and entertainment through an episode of “The Simpsons.” The brand created a red-carpet passage for its guests-slash-models that was televised to the audience sitting in the ​​Théâtre du Châtelet. The guests included celebrities and friends of the house, who sported the new collection and served as the presentation. Immediately following, a 10-minute Balenciaga x “Simpsons” episode played on the screen. Mixing nostalgia with humor plays to the brand identity that has focused on subverting fashion’s ideals while keeping its collections innovative and wearable.

Sustainability and innovation: Mushroom leather, biodiversity and upcycling
The biggest shock at Paris Fashion Week came from the outpouring of support via social media for the Extinction Rebellion protester who got dragged away after showing a banner on the Louis Vuitton catwalk. It read, “Overconsumption = extinction.” However, many spectators did not think she should have been dragged away and expressed disappointment that the protest wasn’t instead aimed at fast-fashion brands.

Some PFW brands like Stella McCartney, Marine Serre and Chloé also re-committed to their circular fashion message. Stella McCartney debuted an easy, asymmetric collection featuring its first Frayme bag made out of mushroom leather. According to the press release, “Mylo is a material innovation by Bolt Threads and is a verified vegan, sustainable, animal-free leather alternative made from mycelium — the infinitely renewable underground root system of fungi.”

And, in the vein of the brand’s previous collections focused on upcycling, Marine Serre presented a collection made out of 45% recycled yarns and 45% regenerated materials. Chloé, on the other hand, focused on artisan crafting, lower impact materials and support of organizations like Ocean Sole, which upcycles flip-flops into new footwear, and Akanjo, a movement putting craftsmanship first in Madagascar. Some other brands also made sustainability commitments, but the overall presence of related initiatives was disappointing.

Commemorations for Balmain and Alber Elbaz’ AZ Factory
Large followings were key to securing placement in the shows. Supermodels like Naomi Campbell (11.5 million followers on Instagram) and Carla Bruni (694,000 followers on Instagram) embellished the catwalk at Balmain, where Oliver Rousteing celebrated 10 years at the brand alongside an audio tribute by Beyonceé and 6,000 fans of the brand. This “Balmain Festival” raised funds for long-time charity partner RED in the fight against AIDS, as well as for Covid-19 and women’s aid in developing countries.

Oliver Rousteing from Balmain was also part of the group of designers who commemorated Alber Elbaz, who died of Covid-19 in April. Forty-five designers came together in a heart-filled tribute around Elbaz’s brand AZ Factory, re-interpreting the designer’s looks from his past collections. Elbaz was a key figure in the industry, first helming the Lanvin house and then moving to modular, inclusive fashion at AZ Factory.