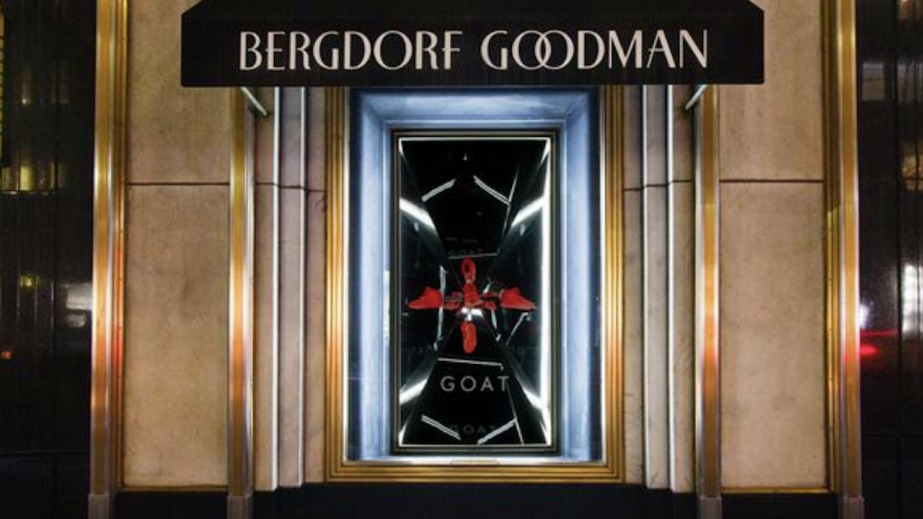 Overextending versus taste-making: Why department stores like Bergdorf Goodman are struggling to evolve

The past few years have been rough for department stores. With Barneys all but gone and even the otherwise strong Nordstrom facing slowing sales, what will happen to New York’s staple department store, Bergdorf Goodman?

According to its third-quarter report, Neiman Marcus Group, which owns Bergdorf Goodman, reported that total revenue for the quarter had fallen by $100 million year over year and total net loss was around $31 million, compared to last year’s net loss of $19.9 million. The earnings do not specify Bergdorf Goodman’s revenue, only total earnings for the whole company. The depressed revenue is not ideal, particularly considering the company still has several billion dollars in debt to deal with, but Bergdorf has instituted some new initiatives and ideas to combat the downward department store trend.

The most recent financial statements available are also the last ones that will be available to the public. After Neiman Marcus reported its third quarter earnings earlier this year, it announced that it would no longer be making such information public. Previously, Neiman Marcus was publicly reporting earnings despite being a private company because it was required as part of the company’s considerable debt. After that debt was renegotiated, Neiman Marcus stopped the public reports.

But Bergdorf has been public about some of the changes it has been trying to make to stay current. In its most recent effort starting last week, Bergdorf partnered with GOAT, one of the more popular sneaker resale platforms, for a temporary in-store shop featuring unique and high-value sneakers that will be on display and for sale through New York Fashion Week.

The move seems like an attempt to latch onto one of the more obvious trends in fashion: the explosion of streetwear and sneakers. This is not Bergdorf’s first attempt at courting this audience. Last year, the company partnered with Kith for a similar shop-in-shop. The company also branched out into resale on its own in July, when parent company Neiman Marcus invested in reseller Fashionphile, bringing part of the resale process into Neiman Marcus stores.

“I don’t know if it’s smart,” said Martin McNulty, CEO of ForwardPMX. “It almost seems a bit like they said, ‘What’s cool right now? Sneakers? Alright, let’s do sneakers.’ It doesn’t really fit in with their established identity. However, I do see 55-year-old men walking around in Bottega sneakers, so there is an audience for it. They should stick to things a little truer to their DNA.”

“There are many different types of department stores, but Barneys and Bergdorf fall into a set of retailers that were really about inspiration and trend-setting. They were about introducing new things to consumers that they were not aware of,” he said. “Simplistically, department stores made the mistake of thinking their competition is Amazon. That’s not their competition. Amazon is for buying stuff that you already know you want, largely. But department stores should be about taste-making.”

Trying to be everything for everyone tends to manifest itself in the form of overextension. In the struggle to bring in more customers and halt diminishing sales, some department stores have spread themselves too thin in opening new stores, like Barneys planning to launch an ambitious new store in American Dream when it was already struggling financially.

At the time, Scott Stuart, CEO of Turnaround Management Association, told Glossy that the move would be ill-advised for Barneys and that it should focus on improving its existing stores rather than expanding into new markets.

“Barneys will not have the latitude of time to double-down on what they’re already doing, nor will they have the time to come up with something completely new,” he said.

One area in which Bergdorf has an advantage over some of its competitors is that, as a one-store company, it does not suffer from the problem of overextension.

“Bergdorf Goodman faces the same challenges as other luxury brands in the competitive and crowded NYC retail market,” said David Naumann, vp of retail marketing at enVista. “The competition will also increase with the addition of the Nordstrom Manhattan flagship women’s store opening this fall. These challenges may become even more intense if an economic recession hits the U.S. Manhattan retail space is very expensive, which makes turning a profit more difficult than other metro areas.”