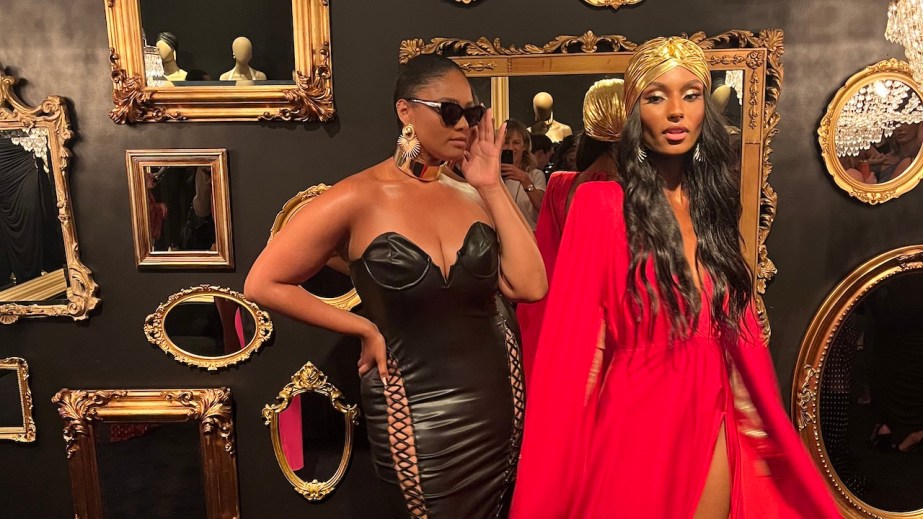 NYFW Briefing: Designers struggle to strike a balance between creative and commercial

If NYFW designer Tia Adeola had her way, she would be a full-time couture designer. But currently, her business is 100% based on selling ready-to-wear, including $200 dresses, $300 jumpsuits and $60 tees. “I have to make sales, so I’m needing to survive off of e-commerce,” she told me over Zoom on Tuesday, three days before her runway show that played out last night in NYC’s Hudson Yards.

In conversations with Glossy all week, designers referenced their increased prioritization of clothes that sell. With consumers’ discretionary spending down amid the turbulent economic climate, the fact that brands are leaning into safe bets is no surprise. At the same time, designers also called out how they’re managing to keep fashion with a capital “F” alive, be it through their styling, tiered or varied product lines, or an established community that supports them through thick and thin.

For her part, Adeola’s spring 2023 collection that debuted on Friday night proved she’s continuing to work toward her goal job. It’s largely inspired by the career of Thierry Mugler, the French couture designer who passed away in January.

After first attracting buzz for dressing Gigi Hadid in a crop top in 2018 and introducing a runway collection under the Slashed by Tia label in late 2019, Adeola became well-known among celebs and Gen Z for her organza, ruffled and sheer designs. In 2020, her brand had a “pandemic rebirth,” she said, and she changed its name to her own, to reflect an elevated aesthetic. Moving further in that direction, the collection that debuted on Friday is “more structured” than those in the past, she said. Indeed, ruffles are in the mix, but so are pants and rigid corsets.

The runway presented “a mix, a good balance” of commercial and “luxe” pieces,” she said. Regarding the latter, she added, “I have to stay true to my long-term goal.”

In Adeola’s eyes, “couture” pieces are those that don’t forfeit quality to keep costs low. “They use 100% silk, as opposed to 50% [silk] mixed with something else,” she said. “And if you’re going to use pearls, you’re going to use real pearls. Everything is the best [available].”

At this time, producing her seasonal runway show is working to provide the creative outlet Adeola craves. “That 10 minutes is when I get to bring my audience and my customers into my world, and immerse them into my vision and what goes on in my mind.” On Friday, a dance performance kicked off Adeola’s show, and dramatic styling (floor-length braids, butterfly pasties) and props (long-stem red roses) were incorporated.

That next-level focus on her shows’ details is also inspired by Mugler. “He was a classically trained dancer, and there were all these elements that he always added to his shows,” she said. For her part, Adeola studied drama in London, her PR rep told me before Adeola joined our call.

“[Mugler’s] death shook me; it made me ask myself a lot of questions, as a designer,” Adeola said. “We just lost one of our greats, and it’s up to people like me to keep couture alive.”

On Thursday, while hosting visitors to his room in the Revolve Gallery pop-up experience, designer Michael Costello said he doesn’t struggle to drive sales while also pushing the boundaries of fashion. The reason: His ongoing collaboration with e-tailer Revolve allows him to have the best of both worlds. Michael Costello x Revolve launched five years ago and has become one of Revolve’s best-selling brands, he said. While the ready-to-wear pieces in the collection sell for $250-$300, on average, the custom pieces the designer creates for the likes of Lady Gaga and Beyonce sell for thousands.

“People want to be able to get the clothes they see on Instagram, and they don’t want to spend a lot of money on it,” he said, describing Michael Costello x Revolve as “quality fashion at affordable prices.”

Meanwhile, Pamella Roland, who will host a runway show for her 20-year-old namesake brand on Monday, said her creative energy is fueled by her customers, ensuring her shopper is always along for the ride.

“When we begin each collection, we keep in mind what our customers will want and need, and we grow and evolve with them,” she said. “They know what to expect from us, even as we explore new silhouettes and techniques. And they’re fearless; they take risks, so we never feel like we’re sacrificing creativity. “

Thursday afternoon at the Crosby Street Hotel, I met with Andrea O’Donnell, appointed CEO of Everlane late last year, who had a unique perspective on what’s selling and what’s “Fashion.” Based in San Francisco, she was in NYC to debut to the press the inaugural iteration of her Everlane Editions capsule collection concept, dubbed “The Power of 10.” It’s made up of closet staples meant to be worn on repeat, inspired by the brand’s sustainability focus, as well as the stat that Americans only wear 10% of their wardrobes.

As she, herself, likes “a bit of jazz hands in an outfit,” O’Donnell called out the difficulty and “contradiction” in attempting to both cater to today’s conscious consumers and keep shoppers inspired.

“This is a thing we talk about all the time in the business,” she said.

Thus far, storytelling has been key to striking the right balance, she said. It’s also helped that she hired two creative directors who fall on opposite sides of the style spectrum. Shu Hung, with experience at Nike and Uniqlo, is “more about the core items, the superhero” pieces for which Everlane has become a go-to. Meanwhile, creative director Mathilde Mader, who’s worked with Kim Jones and at Marni, comes with “a very strong fashion sense,” she said. Together, they’re finding a happy medium.

“Nobody needs more stuff,” she said. But at the same time, she noted, “Beautiful things are important.”

The state of size inclusivity at NYFW

Inclusive sizing is a hot topic this week, and every NYFW. On Wednesday, SimonMiller introduced a footwear collaboration with actress Tommy Dorfman centered on classic styles by the brand in limited colorways and extended sizes, through U.S. size 15. And in Collina Strada’s show notes on Friday, the brand hyped a new collaboration with Unspun Denim, facilitating custom-fit jeans “in all sizes.” And the announcements of launches offering expanded sizes continue to roll out.

“The fashion industry has long defined cultural beauty standards, which until recently, were incredibly exclusionary and did not reflect the reality of the world we live in. … Consumers expect progress, and the fashion industry is only headed in the direction of inclusivity,” said Polina Veksler, co-founder and CEO of Universal Standard, which offers clothing in sizes 00-40.

She added, “New York Fashion Week is the pinnacle of the art of design — consumers are paying attention and they’re holding designers accountable. This is an opportunity for designers to let all people know, “We see you, we value you.’ … The designers making efforts [toward inclusivity] now are the ones who will be uniquely positioned as leaders in the years to come.”

“Thakoon, at its core, is a mix of tomboy and femininity. In this iteration of Thakoon, I’m honing in on those two qualities.” –Thakoon Panichgul, pointing to his spring 2023 collection, which incorporates button-down shirting cut to flaunt the midriff and henley-turtlenecks in light, sheer fabric

Boots and Valentino-style pumps anchored by platforms are showgoers’ shoes of the season. Get the look by shopping the styles below. 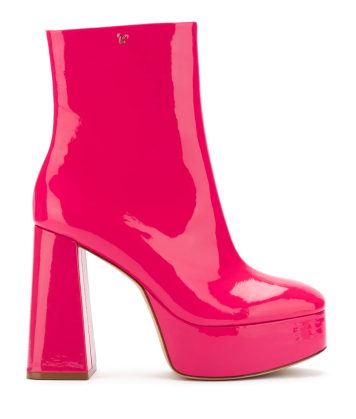 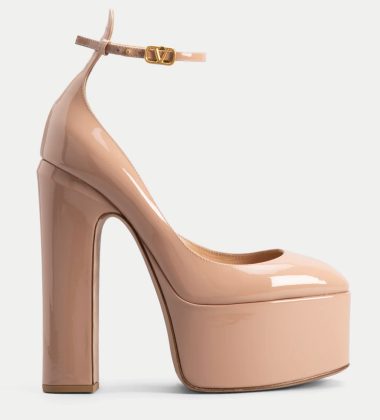 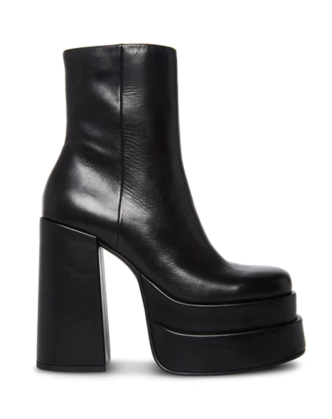