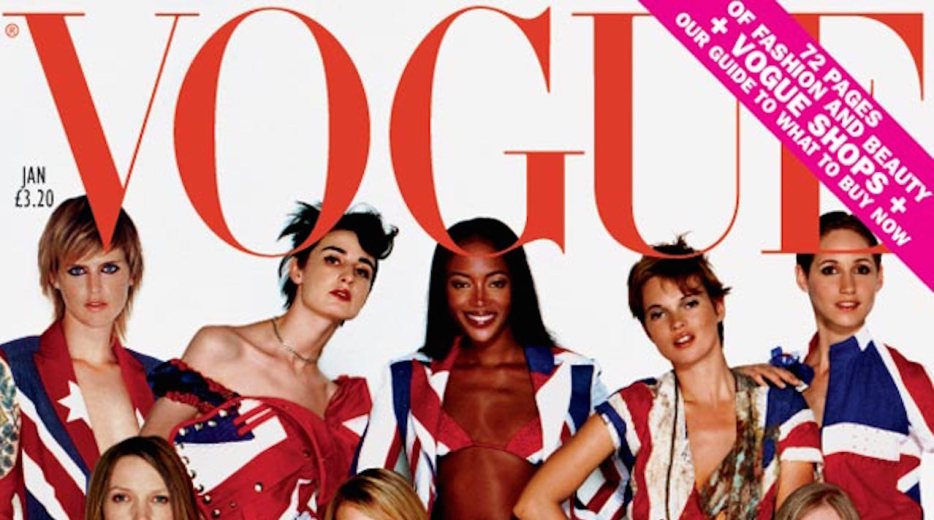 The last week has seen a wave of employees at some of the biggest fashion media companies, like Vogue, New York Magazine’s The Cut and Refinery29, speaking up about racism at their companies, which have swiftly been followed by a mass of resignations and upheavals at some of these longstanding institutions.

For many Black women in fashion media, it’s unsurprising. Jenae Green, a freelance event consultant who has worked at Vogue and Marie Claire, said that in her 10 years working in media, she never had a black supervisor or boss. According to Green, this is indicative of the way many fashion media companies say they are making diversity a priority, but only focus on hiring Black people in the lowest positions, never giving them any path to growth.

“Retention is 100% less of a focus than hiring,” Green said. “These companies meet their diversity quotas, which are often set incredibly low, by getting Black people into these assistant positions. Oftentimes when I’ve been at a company, the Black employees are in these entry-level roles, and they just stay there, while white employees are promoted around them. A company might say they hire black people, but look at the vp [level] numbers. That’s where Black employees drop off.”

Man Repeller, another media company accused of a lack of diversity, posted its diversity numbers on Friday, showing that 14% of its employees are Black, but zero members of the leadership team were Black. Its founder, Leandra Madine, stepped back from the publication on Thursday.

Green said she once recommended a Black friend for a mid-entry level job at, only to find out that a far less experienced non-black candidate had been given the job. When she asked the hiring manager why a Black candidate with more experience and relevant skills was passed over, she was told it was because the Black candidate had made a typo in her thank you email after the interview.

“To me, that said if you’re white, your connections will get you further than a Black person’s experience and work,” she said.

The Twitter account @R29Stories has been chronicling many of the issues that women of color have had at Refinery29, including being neglected by leadership and having little support from anyone with decision-making power at the company.

“I never had a mentor in any sense,” said Channing Hargrove, a fashion writer who was formerly fashion news editor at Refinery29, in an interview with Glossy. “The support I’ve had at Refinery29 has always come from my peers, because not one person in leadership at any of these companies [Hargrove also worked at Racked] was looking out for me. That’s why there’s always Black Slack channels at fashion media companies — so we can talk about things.”

Many of the companies that have been criticized in the last week were ones that have also publicly pledged to improve diversity and the lives of their Black employees since the start of protests. Those efforts are often only surface-level, said Hargrove.

“It’s only recently that people have started to look to Black employees for guidance, because they realized we have an experience they don’t have,” Hargrove said. “They’ll ask us for our experience, our opinion, to approve something [like social media posts for Black History Month], but that puts the burden on Black employees to do all these things in addition to their regular duties. So you end up doing, like, 17 different things. And I’ve been at several companies where the people leading the non-bias training were the ones who were causing issues for us in the first place.”

Danielle Prescod, style director at BET who previously worked at Elle and Moda Operandi, said that at Moda, the company circulated an email with a list of suggestions and recommendations on how to be more inclusive compiled by Black employees. Actions like that put an undue burden on Black employees to educate their white coworkers.

“I was like, ‘Did you just give some Black employee in your warehouse an extra job?'” Prescod said. “That’s a lot of extra work that you’re not getting paid for.”

Ashley Walker, a Black fashion photographer, said that in his experience, white photographers have been able to shoot any campaigns, while he was frquently only asked to shoot covers that featured Black artists or actors as models. That presents its own form of marginalization, even though it’s ostensibly furthering the goal of diversity.

“I’ve been asked to create something more street or urban,” he said. “Something that appeals to the Black audience. But you shouldn’t expect a Black photographer to only shoot Black artists and models.”

In 2017, out of 214 covers of the top 19 most popular glossy magazines, only 20 featured a person of color, according to research by the Guardian.

Concrete solutions are hard to prescribe, but there are clear areas where fashion media can improve. Limiting diversity to just bringing in people of color while ignoring those that are already within the company is one area. It turns into a cycle where those employees never advance; they move to another company, making a lateral move instead of getting promoted, and then eventually stall out and quit the industry. Both Green and Hargrove said they had seen that trajectory happen to fellow employees of color.

Instead, Green said that Black employees can only influence large-scale company decisions if they’re allowed to advance and grow within the company. A company that has people of color at every level is one where those employees feel they can grow and advance, she said.

But those changes are slow coming. Anna Wintour, who has apologized for the lack of diversity at Vogue, confirmed on Friday that she isn’t stepping down or resigning, despite past employees pointing to her leadership as a problem. And diversity at the highest levels of fashion media is still depressingly low. Editorial roles in media in general are 77% white, and according to the News Leaders Association, only 25% of media companies have at least one non-white person in a leadership role. None of the media companies mentioned in this story, including Condé Nast and Refinery29, responded to request for comment.

“I have been inspired by seeing some changes,” Green said. “Samira [Nasr, who was just named Harper’s Bazaar’s first Black editor-in-chief] was really inspiring. Elaine Welteroth, [editor-in-chief of Teen Vogue and Condé Nast’s second-ever Black EIC] has always been a hero to me. Those are starting points. You need Black people in those high-level roles. Let them advance and grow. It starts at the top. The reason it took until 1974 for a Black woman to be on the cover of a Vogue is because of leadership. When leadership isn’t diverse enough, that’s where the problem comes from.”