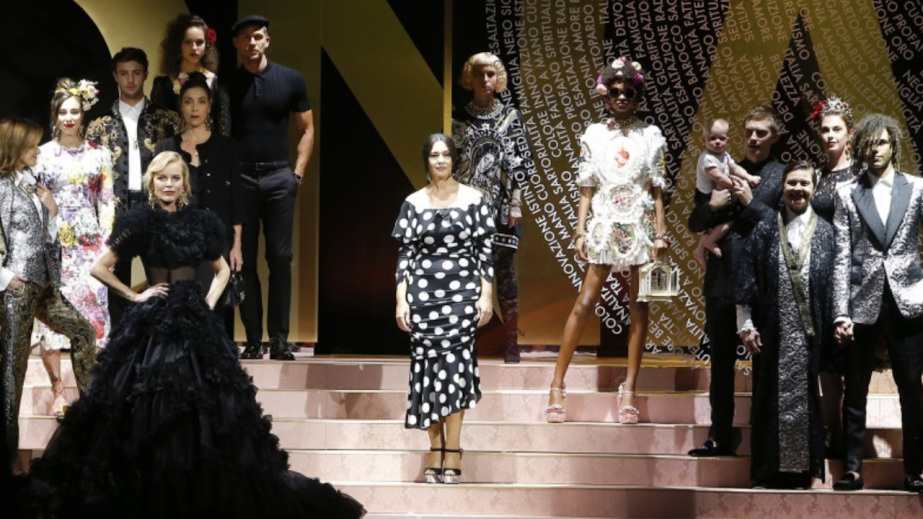 Controversies in fashion, from harmless gaffes to crude and offensive statements to  instances of harassment and assault, happen constantly. The fashion industry is notorious for its loose morals in everything from the treatment of models to the sourcing of its materials. But when atypical controversies arise, brands take reparative action — depending on the context.

For example, late last month, Dolce & Gabbana released an ill-judged ad campaign mocking a Chinese woman’s confusion and ignorance of Western traditions like eating pizza. The ad was exacerbated days later when messages from Stefano Gabbana calling China “Ignorant Dirty Smelling Mafia” surfaced, thanks to Diet Prada. (The brand attempted to claim this was the work of “hackers” before abandoning that excuse when no one bought it.) Denial is almost always a bad response to something like this, said Drew Carlin, a brand analyst at Vivaldi.

“Don’t deny it; don’t say, ‘It was accident, we didn’t do anything wrong,” said Carlin. “Earn respect through accountability. Humility and understanding are highly-valued by consumers and under-utilized by corporations.”

The backlash to Dolce & Gabbana was swift and furious. The brand was forced to cancel a high-profile show in Shanghai mere hours before it was set to start, and retailers even began pulling D&G products from their stores in fear of the retribution for being associated with the brand. In response, Gabbana and co-founder Domenico Dolce all but prostrated themselves to atone for their mistakes, posting a long, laborious video apology to the entire nation of China.

Compare the reaction D&G had to the response from Comme des Garçons when Russian streetwear designer Gosha Rubchinskiy was shown last week to have sent numerous messages to underage boys pressuring them to send him nude photos. After Rubchinskiy explained away the messages as being nothing more than an innocent casting call for a show (various winking and tongue-out emojis, along with the explicitly sexual nature of some of the messages, contradict that claim), Comme des Garçons’ president Adrian Joffe issued a statement to Women’s Wear Daily stating that he abhorred the “guilty until proved [sic] innocent syndrome which seems to be the order of the day,” while leaving himself an out by saying he would wait until “the whole truth comes out.” Adidas, a frequent collaborator with Rubchinskiy, similarly issued a statement saying it is “currently looking into the claim that was made,” but had not taken any further action.

Beyond that statement, Comme des Garçons, which owns the Gosha Rubchinskiy trademark, has done little in the way of any actual concrete changes. Neither Comme des Garçons nor Dolce & Gabbana responded to requests for comment on this story.

“These are two good examples,” said Christina Brinkley, a freelance fashion journalist. “Social media crises often don’t tend to be big deals beyond social media, and brands only respond when it hits them in the bottom line. Dolce and Gabbana had models and guests declining to participate or attend shows, stores started cancelling orders. It was pretty immediately clear that it was a crisis.”

The difference between these two is clear: While Dolce and Gabbana’s revenue was under direct threat, with their products being pulled from shelves and the incredibly lucrative Chinese luxury market turning against them, those speaking out against Gosha Rubchinskiy are a few mostly anonymous teens with hardly the market power to make a dent in Comme des Garçons’ pockets. Additionally, Gosha Rubchinskiy and Comme des Garçons have a much more focused and niche audience than Dolce & Gabbana, which is a massive brand that must appeal to people around the world.

These controversies, even when they do result in actual action taken, can often take years, as was the case with Terry Richardson. The photographer had had years of allegations of sexual harassment and assault against him before Condé Nast, one of his chief employers, cut ties with him in 2017.

Other times, these consequences are only temporary. When John Galliano was fired from Dior in 2011 for saying he loved Hitler and making violent anti-Semitic threats, it took only two short years before he was back designing for Oscar de la Renta and another year before he was named creative director at Maison Margiela.

For Dolce & Gabbana, that process has already started. The brand made its return with their Alta Moda show in Milan over the weekend, just two weeks after the initial controversy began. The designers seemed more than willing to forgive themselves, with Dolce reportedly telling journalists at the event, “China is yesterday. Today is another day.… I know life can surprise you, in the good way and in the bad way.”

“In general, the fashion market has been incredibly forgiving of all kinds of misdeeds,” Brinkley said. “It’s something they’ve always been willing to overlook. They were slower to catch up on the Me Too movement than almost any other industry out there.”

When bottom lines are the only thing that will cause fashion brands to seek any sort of penance or restitution, only victims who are powerful or valuable can expect any sort of justice.

Dolce & Gabbana was forced to make numerous public apologies for racist comments, while Rubchinskiy and Comme des Garçons have offered nothing even resembling an apology, let alone any sort of material consequences, for Rubchinskiy attempting to solicit child pornography by asking for nude photos from people under 18.

But as long as brands continue to ignore or brush off any controversies that do not directly and significantly affect their revenue, these trends will no doubt continue.