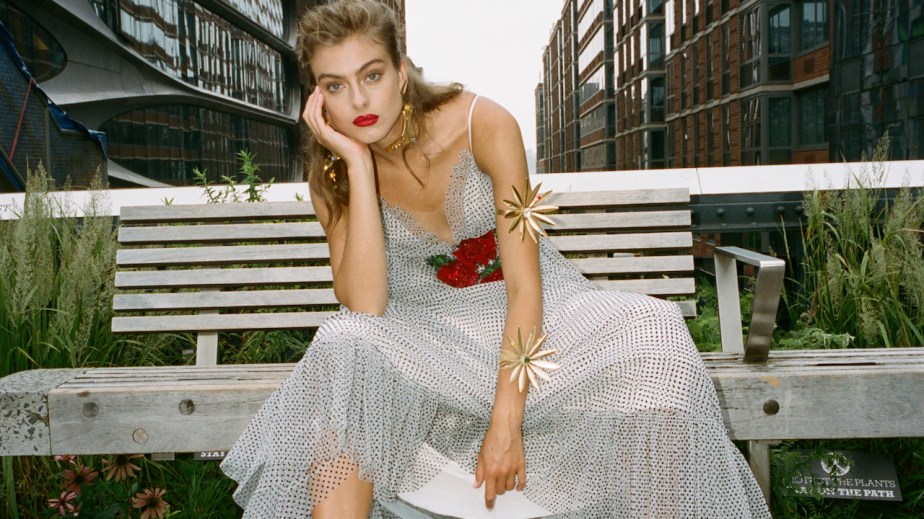 Moda Operandi is eyeing data-driven personalization and the Asia market, with a key new hire and a China showroom in the works.

The luxury fashion platform has tapped Puja Clarke in the new role of senior vice president of fashion buying and e-commerce; as such, she will oversee both the customer and brand experiences. This is in addition to the hires last month of Lisa Aiken and Josh Peskowitz as fashion directors, all following new CEO Ganesh Srivats’s arrival in July.

Clarke previously worked with Srivats at both Burberry and Tesla, where she found CEO Elon Musk’s culture of responding quickly to customers “addicting.” She hopes to apply that mindset — a breakneck pace of iteration informed by a digital feedback loop — at Moda Operandi.

“Elon runs a tight ship, and it runs really fast; it’s not about waiting a few months and changing a product,” Clarke said. “If someone says something on Twitter, you change it the day after. This is the future.”

Moda Operandi was founded in 2011 to allow shoppers to pre-order runway looks with an immediate deposit. This allows designers to gauge customer demand and informs what looks go into production. It also lets high-net-worth shoppers “bottle up the excitement” after seeing runway looks on Instagram, rather than waiting six months until they appear in stores, Clarke said.

Since the company was founded, it has also added a more traditional e-commerce offering, Moda Operandi Boutique. Luxury e-commerce sales are estimated to account for between 18 and 25 percent of the total market by 2025 (according to McKinsey & Co. and Bain, respectively), and it faces competition from the likes of Yoox Net-a-Porter, Matches Fashion, Farfetch, 24 Sèvres and The Modist. Meanwhile, various brands have experimented with, and abandoned, the see-now-buy-now model, and even fast-fashion startups like Choosy offer a pre-order model that only manufactures garments after customers have paid for them.

Clarke, who was behind Burberry’s comparatively early foray into a see-now-buy-now model, in addition to roles at Marc Jacobs and Prada, said Moda Operandi’s digital trunk-show business model is precisely what attracted her to the role, in that a fashion company with unparalleled access can essentially crowd-source the runway.

“At Marc Jacobs, I would cross my fingers and hope what I bought would sell, based on a gut feeling,” she said. “At Moda, within a couple of minutes, we know what will be trending next season.” For example, when French brand Jacquemus sent the “Chiquito” bag down the runway in seven colors, the color that sold the best was one that none of the buyers would have guessed, Clarke said.

Going forward, she aims to increasingly personalize the shopping experience while providing access to the complete breadth of runway looks. “No one wants to sift through 100 looks from every brand, but if you love Dolce & Gabbana, how do we give you the Spotify discover playlist for your brand?” she said. “If you love Dolce, what will you love that you have never heard of? That’s the feeling we want you to have.”

Moda Operandi has recently experimented with an incubator called The Platform to support emerging designers, and at the brand’s showrooms in New York and London, assortments are already entirely curated to a customer’s specific taste and shopping history.

Even the idea of “runway,” Clarke said, has changed, and she considers the showroom to be “the new backstage,” with even high-end customers increasingly preferring to shop in more casual settings.

“When Kendall Jenner goes down the runway in a full face of hair and makeup, it feels inaccessible, so we take the look and deconstruct it, even though [the customer] likes top-to-bottom looks,” said Clarke, adding that Moda customers might look at a garment seven to nine times before the final purchase. “It’s so much less polished, but it feels more authentic.”

New shopping behaviors and digital platforms are especially evident in China, where Moda’s customers generally aren’t interacting on a website. Instead, a shopper might buy a $500,000 necklace on the app, and shoppers are more familiar with buying through live video sessions and chat platforms.

International markets now make up one-third of total demand for Moda, led by Asia and the Middle East, and total revenue in 2017 was reportedly at $165 million. While the average order value is $1,400, Clarke said that number “skyrockets” in China.

In 2019, Moda Operandi will open a physical space in China. “I grew up in Singapore and I know that customer like the back of my hand,” said Clarke.

This push is thanks in part to a major investment of $165 million a year ago, co-led by Chinese billionaire entrepreneur Adrian Cheng, through C Ventures and K11 investments, and Apax Digital, a fund advised by Apax Partners (which separately bought a majority stake in Matches Fashion for about $1 billion last year). This almost doubled the total raised by Moda to $297 million.

In the future, Clarke sees this new shopping behavior becoming more popular globally. Ultimately, she could see shoppers pre-ordering without a traditional runway experience at all. She emphasizes a sentiment that is common among today’s retailers, but that often presents a challenge to gauge and implement: Listen to the customer.

“The customer knows what she wants, and the ones that listen will have productive, successful businesses,” Clarke said. “A younger designer can get a lot of people whispering in their ear about what they want to do with the collection, but [the Moda customer] is putting her deposit down, she’s favorite-ing — there are so many data points that can tell a designer whether something is great.”