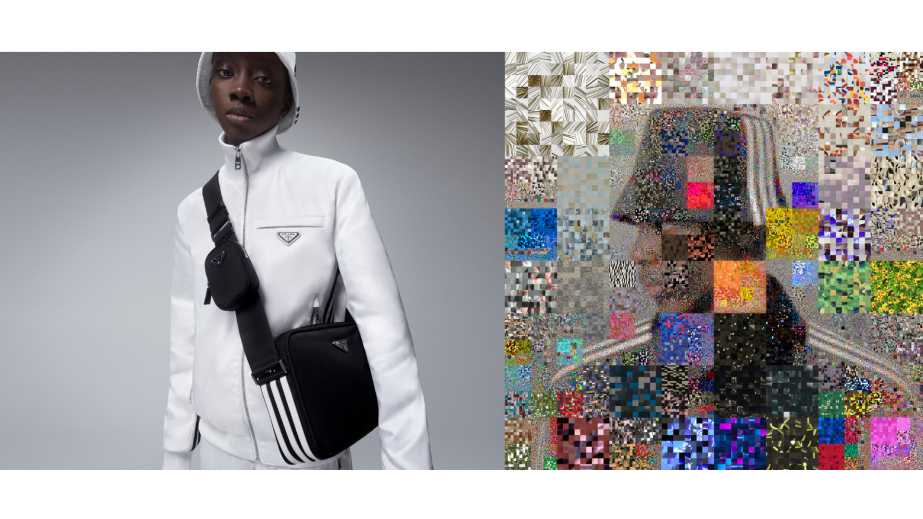 Metaverse 101: How Ethereum’s update will change the conversation about sustainability and NFTs

Extensively talked about for over a year now, Ethereum is preparing to transition into the proof-of-stake model that is reportedly less energy-intensive. Ethereum, the most popular blockchain, is expected to complete the merge in Q2 of this year.

Like physical garments, NFTs have a sustainability impact, so this change has big implications for the fashion industry.

Life cycle analyses for fashion goods have become increasingly popular. It’s an accurate way of seeing the carbon footprint of individual garments, as well as their long-term impact on resources. According to one of the most comprehensive clothing life cycle analysis reports, by researcher Sandra Roos in June 2015, a basic life cycle analysis typically follows a product from its creation. This includes making the raw materials, through to disposal and recycling. She divided the life cycle of garments into four stages: the production of the garment, its distribution and sale, its use and its disposal, the latter of which she called the “end of life.”

Within each of these stages, for various pieces of clothing, she added up the effects of a number of environmental indicators. They included water use, carbon footprint and toxicity in humans (carcinogen and otherwise). For a simple, frequently used item like a T-shirt, her findings showed it can use up to 120 liters of water per wear, plus contributes 0.02 pounds of carbon dioxide per wear from dying alone. She then quantified the impact of a country’s T-shirt use through the example of Sweden, which averaged to 22 wears per shirt, per year, and Swedes wash them, on average, once every two wears.

The same cannot be said for digital goods and garments. While the energy costs of producing an NFT may be significantly larger on certain blockchains, an NFT does not have to account for materials, water use or cleaning during its life cycle.

According to Amanda Cassatt, founder of Mojito, a web3 platform for NFT commerce that spearheaded Sotheby’s metaverse, computing the environmental impact of NFTs extends further. From 2016-2019, Cassatt was in charge of bringing Ethereum to market as the CMO of blockchain software company ConsenSys, supporting its growth to become the largest and most robust blockchain ecosystem. “The cost of operating in the digital fashion market is reduced to the cost of software and design talent. There is effectively none of the overhead on sourcing materials, manufacturing, human labor, shipping, storage or retail spaces that you would have with physical goods,” she said. She also noted that, if electrical grids powering blockchains were fully renewable, the energy impact would also be renewable. However, this is unlikely. Mining relies on mainframe generators, and most mining happens in China and the U.S., where reliance on hydropower and other renewable energy options is slim, compared to more reliable options like coal.

Depending on the blockchain network where NFTs are based, and whether the system uses mining (proof of work) or not, the sustainability impact of a digital garment or NFT can vary greatly. What’s more, life cycle analyses are not very common. The life cycle analysis of an NFT may be easier to quantify than tracking the supply chain of a garment and seeing where recycled products really end up, but it does require multiple analyses centered on different areas. These include NFT processing, which are completely digital, and blockchain validation. Even a physical item, like an LVMH bag or Rolex, can include a digital token that is logged on the blockchain to prove its authenticity.

Cassatt said, “Fashion manufacturers can utilize blockchain ledgers to improve and trace raw materials and finished goods from beginning to end, and reduce all the negative externalities from the fashion industry.”

According to Cointelegraph research from October 2021, 97% of every NFT market sector, including games, collectibles and marketplaces, happens on Ethereum. Ether, Ethereum’s cryptocurrency, is one of the oldest cryptocurrencies, created in 2015. Ethereum is typically called a layer 1 blockchain, and it uses mining to validate the blockchain.

Mining is the process of adding the next block of ether to the Ethereum chain through computational puzzles. Miners, who are usually tech-savvy individuals based in China or the U.S., solve these puzzles, which comes with benefits. The first to do so gets two ether, amounting to over $6,000. As miners keep their computers running on these puzzles to earn more ether, they end up using massive amounts of energy, compared to the annual electric use of a country like Finland. However, you can’t count the carbon impact of one NFT the same way as a T-shirt. “NFTs aren’t directly increasing the carbon footprint of Ethereum. Minting [the process of converting a digital file to an asset stored on the blockchain]one NFT versus 1 million NFTs really doesn’t impact how much energy is expended. NFTs themselves don’t expend energy; operating the blockchain does,” Cassatt said.

As one of the most popular blockchains, Ethereum struggles to maintain its security and speed as new users sign up, which is why it has been using side chains like Polygon to make the process faster. According to Kraken, a crypto bank, Polygon is a layer on top of Ethereum, helping to scale Ethereum by unclogging the main platform in an effective and cost-efficient manner. Side chains are unique blockchains bound to the main Ethereum blockchain and are effective in supporting many Decentralized Finance (DeFi) infrastructures available in Ethereum. DeFis include virtual world Decentraland, where the first Metaverse Fashion Week was held on March 24-27. Polygon was also the go-to choice for brands like Bulgari and Prada for their NFT projects. Ethereum has always intended to transition completely to a less energy-intensive system, but it wasn’t until this year that this became an option.

Now that Ethereum is expected to transition to a proof-of-stake system shortly, mining will become obsolete. The proof-of-stake system relies on staking, a system where those with a certain amount of ether can deposit the ether in the platform’s currency. They may then be chosen to become a validator based on how long they’ve held the stake, how large the stake is and a touch of randomization. This system will reduce the energy expenditure of the total Ethereum blockchain by 99.95% once the merge is complete.

Some NFT marketplaces like Bubblehouse are already working with Polygon to be 99.99% more carbon-efficient than Ethereum as it stands today. But with Ethereum’s merge, or transition to the proof-of-stake system, it will emit just .05% of its prior carbon emissions. The resulting change will be a massive step for energy use with the blockchain. At the moment, an Ethereum-created NFT produces 183 pounds of CO2. After the merge, it will produce 0.09 pounds. Comparatively, the process of creating a paperback book produces 2.2 pounds of Co2.

With the Bubblehouse marketplace and Polygon, the process goes down to 0.02 lbs of CO2, significantly less than both the paperback book and the T-shirt from Roos’s report. In a statement, Arjun Kalsy, vp of growth at Polygon, said, “Polygon’s energy consumption is so low that Bubblehouse and Polygon together will neutralize not only Bubblehouse’s carbon impact but the entire Polygon blockchain for the next year, with less than $10,000 USD in carbon offsets.” As Polygon is the layer 2 for Ethereum, using its features, existing projects on Polygon will not need to transition to the proof-of-stake model. And the transition will bring, Ethereum, the layer 1, to the same energy output.

With additional offsets for the Ethereum merge chain, officially called the Beacon Chain, Ethereum has the potential to become a carbon-neutral blockchain. Mathieu Nouzareth, U.S. CEO of mobile phone crypto game The Sandbox, says that users can expect faster, cheaper transactions from start to finish from the merge. This will, in turn, normalize blockchain gaming and lower NFT prices. Brands like Gucci have bought land in The Sandbox, expanding their metaverse presence.

“The significantly reduced environmental impact will be huge, with some estimates of the carbon footprint reduction putting PoS (proof of stake) at 2,000-times less impactful compared to PoW (proof of work),” he said. The Sandbox is also migrating to Polygon, also called the L2 Ethereum chain, making transactions in the game faster and cheaper. It will process thousands of transactions per minute at a low cost while reducing their environmental footprint. The company hopes the staking system will advance one of its 2022 goals of putting governance in the hands of its landowners and token holders in-game.