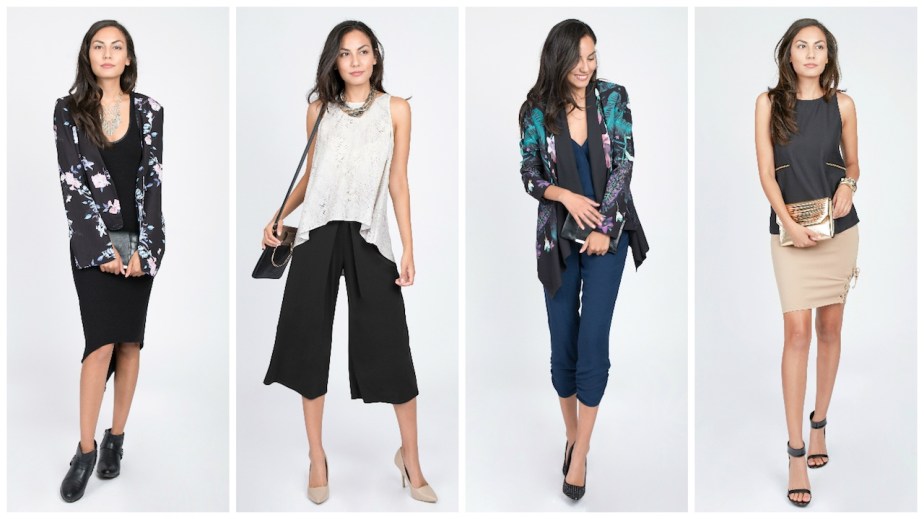 ‘Meeting customers where they are’: Fashion rental companies are linking with retailers ahead of the holiday rush

That many brand partnerships and collaborations launch just ahead of the holiday shopping season is no coincidence. The clincher for companies taking part in them is often tapping another brand’s customer base. What better time to expand a shopping audience while also sparking some buzz than promo-heavy November and December, when competition for customers’ attention is at its peak?

In the last week alone, newly released and announced fashion brand collaborations have included Prada and Adidas and Balmain and Puma. H&M revealed its next collaborative collection, with Columbian designer Johanna Ortiz, will launch Tuesday.

In step, the popularity of an emerging partnership model spiked: that of the fashion rental company and the department store.

On November 18, Rent the Runway and Nordstrom kicked off a ramped-up partnership that includes 24 additional Nordstrom stores housing RTR Drop-Off Boxes, bringing the total to 29 stores. The new store locations are located across the U.S., in cities like Austin and Seattle.

Also as part of the agreement, Nordstrom became an RTR Platform partner, meaning a selection of its products will be worked into Rent the Runway’s rental offerings. Working together to offer exclusive product in both channels is a goal for the near future.

“We want to meet our customers where they are and where they spend their time,” said Rent the Runway co-founder and CEO Jennifer Hyman, who noted that the company has more than doubled its Drop-Off Box network this year.

Getting the partnership off the ground pre-holiday was key, according to both companies, as it allows customers convenience at their busiest time of the year. In one Nordstrom trip, customers can return their rentals, shop gifts and access the store’s services like personal styling and gift wrapping. Of course, it’s also a bustling time for both companies, so launching the partnership pre-holiday means exposure to more eyes across the board: Rent the Runway has earned a reputation as “holiday party dress central,” and, though its holiday sales disappointed last year, Nordstrom sees the typical Q4 surge in sales.

Early this month, 7-year-old fashion rental company Le Tote finalized the acquisition of department store chain Lord & Taylor, after it was announced in August. Among the results are Le Tote taking over Lord & Taylor’s 38 locations and integrating its rental offerings in-store. Ruth Hartman, Le Tote’s chief merchandising officer who in turn was named Lord & Taylor president, called sealing the deal pre-holiday a major goal, largely based on opportunities to cross-promote.

She said DTC brand Le Tote is banking on Lord & Taylor’s brand recognition, seeing as it has been around for nearly 200 years. For Lord & Taylor customers, she wants to introduce the rental model as “a path to the future.”

The company plans to roll out Rental Studios in Lord & Taylor more stores, after already opening in Boston and Yonkers, New York locations. There, shoppers can learn about Le Tote’s service, browse inventory and return rentals.

Designed for the holiday season, the Boston Lord & Taylor store will exclusively offer a one-time rental service starting in early December. It features 19 holiday-perfect styles plucked from Lord & Taylor’s inventory, including a selection of gowns, coats and cocktail dresses. It will cost $20 to $50 to keep the styles, which don’t require a Le Tote membership to rent and aren’t available on the Le Tote platform, for seven days.

The store was chosen for its central location in downtown Boston in the Prudential Center mall, near several businesses, colleges and apartment towers, said Hartman. And the setup of the Rental Studio was strategically positioned adjacent to dresses, traditionally a big sales driver for Lord & Taylor.

For further marketing, a Lord & Taylor direct mail piece was distributed to the company’s entire customer base ahead of Black Friday, offering 50% off a two-month Le Tote membership with a minimum Lord & Taylor purchase.