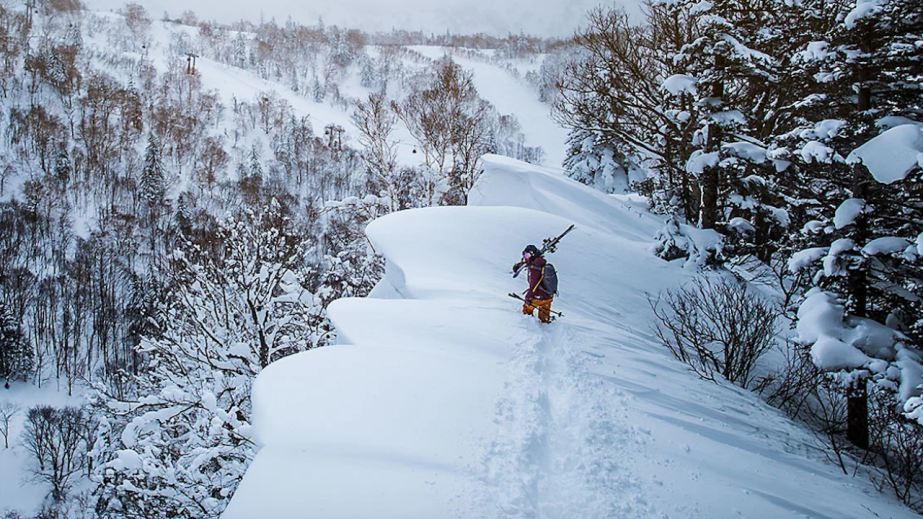 Despite being a large brand with a strong connection to the outdoors, The North Face has not made sustainability a major focus of its communications and marketing strategies in the past, said head of global creative Tim Hamilton. But now, with competition heating up between The North Face and its main competitor, Patagonia, the company is pushing its sustainability efforts to the foreground to stay ahead.

“The consumer we’re looking for is someone who appreciates the outdoors, so we’d hope they know about our sustainable efforts,” Hamilton said. “But it hasn’t been at the forefront of our marketing, and we need to do more to educate our customers about what we do and how we do it, and not just slap a recycled logo on our product. We have to show them our circular design principles. Our [newer] our strategy is less about garment promoting and all about education.”

In the past few years, The North Face has rolled out a number of new sustainable efforts, from the highly visible, like switching the materials for its jackets to recycled synthetics in 2013, to the behind-the-scenes. Last year, it started working with a farm in Northern California to reduce carbon emissions at the ranching stage of production — the farm can capture and store carbon in its soil. For its fall 2019 ThermoBall Eco collection, 100% of the products incorporated recycled synthetic materials, and 3.6 million plastic bottles were used.

The company’s most recent effort, the RENEWED Design Residency, kicked off in early October: North Face designers take unwanted, unsold or damaged goods and upcycle them into new forms, like a sleeping bag made out of two defective jackets sewed together. Since the company launched RENEWED in January 2018, The North Face has sold more than 14,000 remade pieces.

Eunice Lee, global design director at The North Face, said the appetite the brand’s consumers have for sustainable design has come incredibly far in the past few decades.

“Larger scale equals larger impact,” Lee said. “Large companies like us can affect so much. Things have changed quite a bit. It took 20 years for something like organic cotton to become common and not just this niche thing. But we don’t have another two decades to wait around for this stuff to happen.”

To communicate its sustainable credentials, The North Face has used a combination of digital and physical marketing, like Instagram ads, content partnerships with National Geographic and retail installations with REI that highlight the materials and processes the company uses.

The renewed focus on sustainability is also part of North Face’s play to stay ahead of competitor Patagonia, which has significantly grown its own sustainability efforts. In the past year alone, Patagonia converted its popular shell jackets to completely sustainable production, won the United Nations’ Champion of the Earth award, made a pledge to become carbon positive and supported a global climate strike.

The two brands are in tight contention. They compete for the same outdoor-focused customer at a similar price point, with similar products. In 2017, Patagonia CEO Rose Marcario said annual sales were approaching $1 billion. While VF Corporation does not report individual brands’ revenue, its outdoor category, which is driven almost entirely by North Face, made $600 million in revenue in the first quarter of last year.

The notion of whether sustainability actually converts sales is one that has been debated in the fashion world. There’s obviously enough interest that a number of brands have either shifted to make sustainability a big focus or they were recently founded with sustainability being a core pillar of the brand. But even among the most ardently environmentalist brands, some designer insiders say sustainability comes second in consumers’ minds.

“I would say 85% of our clients don’t know or don’t really care about sustainability,” said Sebastien Kopp, co-founder of Veja, in an interview with Glossy earlier this year. “I think that sustainability does not sell.”

But Hamilton said that both his personal experience and the market research done by The North Face on its customers show that this isn’t true. Hamilton theorized that the particulars of the North Face brand — the outdoorsiness and focus on nature — lend itself to a customer who cares more about the natural world.

“People care,” he said. “We’ve tested the market to make sure. If you put two shirts side by side, people will go for the one that’s sustainable, even if they have to pay a few extra dollars for it. People really do go out of their way to look for it now, especially the younger generation.”

Some data from retail decision platform Edited supports the idea that this sentiment is growing. By looking at the terminology used to describe new apparel products listed online, Edited found that the use of terms like “sustainable,” “eco” and “conscious” all had significant jumps each year from 2017 to 2019, and the term “recycled” nearly doubled, from just under 20,000 new products to just under 40,000. Consumer searches for “sustainability” are on the rise, according to Edited, averaging at 95,000 per month on Google in the U.S.

“In today’s current climate crisis, sustainability is fast becoming top of mind for many consumers,” said Kayla Marci, retail analyst at Edited. “The Gen-Z demographic, in particular, are leading this movement and are pushing for more transparency from fast-fashion retailers. Despite this, there is still demand from this younger consumer for constant newness in the form of highly fashionable products at affordable prices. Although fast-fashion brands may find it hard to see substantial profit margins by pushing out eco-friendly lines, it’s still essential they test these ranges in the market to create awareness for sustainable practices in the fashion industry. Products that tick both boxes of being environmentally friendly and on-trend is one of the most effective ways to do so.”

The North Face is a big brand — total sales grew by 12% in the past 12 months, and it was the second-biggest revenue driver for parent company VF Corporation’s $11 billion in revenue last year. And VF greenlit another $20 million in investments into North Face’s Futurelight sustainability program for 2020. With that size comes the opportunity for a greater impact, either positive or negative. Now, the company just needs to figure out communications and marketing strategies that will keep it competitive with the slew of brands now making sustainability a tool for bringing in new customers.