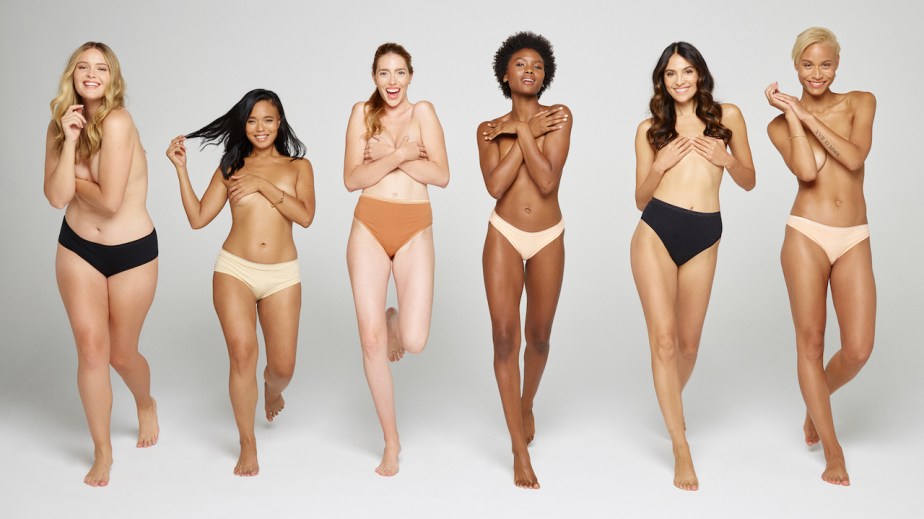 As people think more about the impact their fast-fashion shopping habits and discarded wardrobe pieces have on the environment, more brands are committing to help cut back on that textile waste. It’s worked to attract new, eco-conscious customers.

For many brands like Marine Layer, For Days and ThredUp the answer is to launch recycling programs, where the company takes worn, unwanted clothing items and recycles them to make new, wearable items. It’s part of the growing trend in the industry known as circular fashion, meaning that the clothing is cyclical and can be resold or repurposed and that it’s made ethically and sustainably. A lot of times brands are collecting T-shirts and hoodies, but there’s a new category making its way into the recycled clothing market that’s somewhat unexpected — underwear.

Direct-to-consumer subscription underwear brand Knickey, which launched in November 2018, is betting that consumers will want to send in their old thongs and briefs in exchange for new pairs made with organic cotton.

“We weren’t sure people would opt into the program because a lot of people aren’t necessarily comfortable sending their underwear to a company,” said Cayla O’Connell Davis, founder of Knickey.

Strangely, the strategy of gathering old underwear and socks to be repurposed for anything from mattress padding to insulation has been a major hit with the brand’s customers, and even those who have never shopped with the brand before.

“It’s been a huge acquisition channel for us. It’s often our first touchpoint with consumers, which we find very compelling. It shows a shift in consumptive behavior,” she said. Fifty-four percent of people who use the recycle program have never made a Knickey purchase. Additionally, out of all the people who use the recycle program, 25% convert on the free pair offer. Since launch, the recycling program has increased month over month, but the brand declined to share specifics.

For Knickey, a lot of attention around the recycle program is coming organically through word of mouth and social media. The brand has done some minimal work with influencers and has a small paid strategy that is relatively newer since Knickey is a relatively new startup. Word of mouth has been key to driving awareness to the recycling program, she said.

Another portion of underwear sent in comes from existing customers who have just ordered new underwear or received their subscription. The brand offers three subscribe-and-save options, including three pairs sent four times a year for $33 a box, and 10 pairs two times a year for $75 a box. When customers get their boxes with new undies, they put old items in that same box and send it right back to the brand, O’Connell Davis said.

A host of other brands have launched similar programs, calling on consumers to send in used tees or garments that can then be repurposed and resold. Organic basics company For Days collects worn T-shirts from customers and replenishes them. On April 28, Marine Layer launched its first Re-Spun collection — a line of eight tees made with no water and no new materials. The brand offers customers $5 per shirt donated, up to $25, but said nearly 50% of the tees come from non-customers, opening the brand up to potential new customers.

“In light of fast fashion, there is so much textile waste being generated out there. Wearing something for a season and getting rid of it is the biggest problem in our industry. We are trying to deal with the billions of tons of consumer apparel waste that needs to be kept out of landfills,” said Mike Natenshon, founder of Marine Layer.

To date, Marine Layer has collected over 70,000 shirts since launching the program five months ago and plans to continue launching new products in the future.