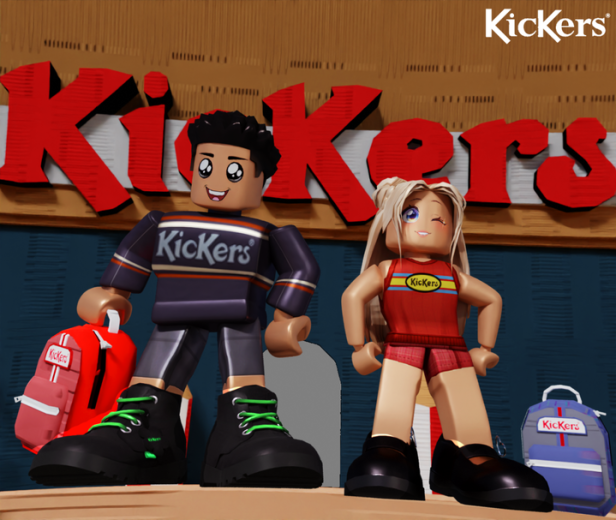 In August, fashion and footwear brand Kickers UK launched a Roblox back-to-school campaign with game developer Dubit through its Fashion Famous and Shoe Simulator games. Centered around two themes — back to school and music festival — the Roblox launch was timed to the brand’s biggest sales month. The campaign reached over 10 million players and saw 8.5 million try-ons.

Dubit worked with Kickers to showcase research, different game examples and data about average users and statistics; Dubit declined to share those details. Dubit found Fashion Famous, one of the more popular creative games on the platform, lacked a footwear element, giving Kickers an opportunity to fill the void.

Dubit chief commercial officer Andrew Douthwaite said that the collaborative strategy of adding a new shoe feature to both games resonated well with younger players in the games and on Discord. “It’s great that Kickers can come in and actually add to the game — not just with the fashion styles, but by being the first in the game to showcase footwear,” he said. “It is really in keeping with what Roblox is trying to do, which is take fashion to the next level on the platform.” In the coming months, the brand will look more widely at the gaming category as it focuses on experiences that can engage prime customers in their early teens.

As part of the partnership, players were also able to teleport to Kickers virtual events. In addition, the campaign featured partnerships with Roblox influencer Ruby Games (1.2 million YouTube subscribers) and a live-streamed esports event through Dubit’s Metaverse Gaming League. The livestreams brought in additional prizes, in the form of Kickers physical shoes and a share of 500,000 Robux, the game’s currency, worth $5,000.

Jaye Taylor, senior brand manager at Kickers UK, said that the activation on Roblox comes at a time when brands should be focusing on experiences, as sales can dip due to the rising cost of living for customers [amid the looming] recession. “From a marketing standpoint, experiences, especially on a platform like Roblox, are really valuable right now,” she said. “In times like this, you want even more of an experience for the brand and some slight escapism for the kids to have fun.”