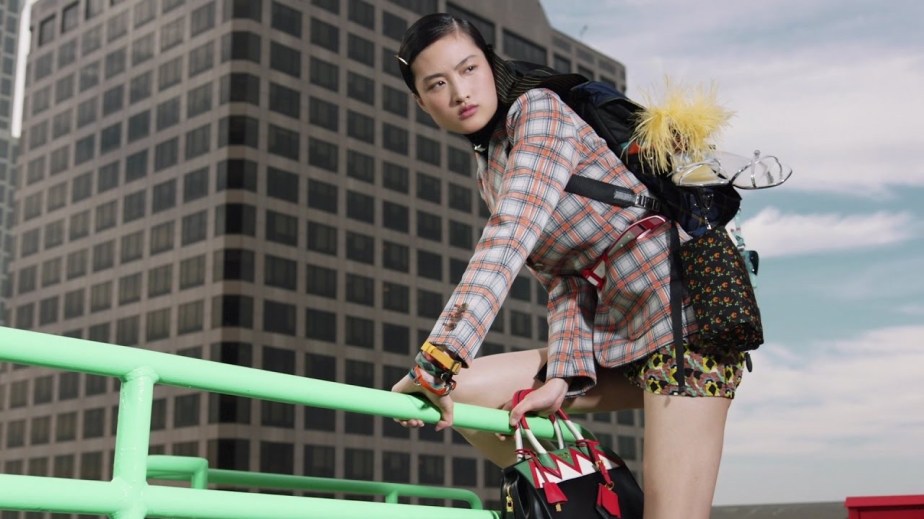 ‘Jumping on bandwagons, not pioneering them’: What Prada’s late push into China means for the brand

Italian luxury house Prada is finally getting in the same boat that many of its peers joined months or even years prior, by launching flagship stores on two Chinese e-commerce platforms: Secoo and JD. Its Secoo store launched in late May, and its JD store launched on Sunday.

Starting only last year, Prada has been exclusively selling in China through its own e-commerce channels, to little success. The brand’s most recent earnings show that even though sales are up, profits have been suffering thanks to increased spending with less than ideal returns. Prada attributed the slump to flat sales in China because of more conservative spending among Chinese consumers, although other brands like Gucci were not affected to the same degree. China is important to luxury brand’s growth, to the point that when Dolce & Gabbana committed a series of gaffes in the Chinese market that led to mass outrage against the brand, it reportedly cost them up to $500 million in lost revenue.

Competitors including Burberry have been selling online in China since as far back as 2014. But now, thanks to a partnership with Chinese luxury retailer Secoo and its investor JD.com, Prada will finally have support on a local level.

In 2014, four years after Prada launched its e-commerce site, Prada CEO Patrizio Bertelli announced that the company was not interested in pursuing online sales and planned to make online sales only 5% of its total revenue. Since then, the company has been seeking to course correct. By 2017, e-commerce had become a larger part of Prada’s strategy. Like many luxury brands, Prada is looking to China, which makes up a third of the global luxury market, to boost those numbers.

However, Prada’s lateness to the market may be a hindrance to those growth plans.

“Prada has historically been a strong brand in China, but recent years have found the brand scrambling to keep up with market trends globally,” said Syama Meagher, chief retail strategist at Scaling Retail. “They seem to be jumping on bandwagons, but not pioneering them. Had Prada made an investment in China earlier on, they would be light years ahead on product development and marketing specific to China.”

One of the key reasons many non-Chinese brands partner with platforms Alibaba’s Tmall Luxury Pavilion or Farfetch China, which is jointly operated with JD, is because many of them are not used to dealing with the specifics of the Chinese market. The culture and shopping habits of the Chinese consumer are significantly different than those of European and American customers, according to Hannes Ben, chief international officer at ForwardPMX and an expert on the Chinese market. Chinese shoppers tend to focus on online and mobile shopping, and luxury brands like Burberry and Dolce & Gabbana have recently, infamously made some major cultural missteps in China.

“People in China want the Western product as it is,” said Ben. “Because it’s made in Paris or wherever, that’s what’s appealing to a lot of people there. But it’s the way you market it that has got to fit the Chinese model. That has to be adapted. You can’t just use Google and Facebook like you would in Europe, or just do the same thing on WeChat that you would here. It won’t translate.”

For example, WeChat has a highly gradient audience targeting mechanism. Brands like Michael Kori have used this function to target super-specific subsets of Chinese customers, like Chinese consumers who are currently traveling abroad.

Last year, Secoo, which focuses on luxury fashion, received a $175 million investment from JD as the larger company sought to stay competitive with its main rival: Alibaba. Alibaba’s Tmall has positioned itself as the premier platform for non-Chinese luxury brands to engage with and sell to a Chinese customer, landing big brands like Valentino, Bottega Veneta, Stella McCartney and Ermenegildo Zegna.

Secoo, on the other hand, has a smaller stable of brands, but with many heavy hitters like Versace, Salvatore Ferragamo and Tod’s. JD’s other major luxury venture outside of Secoo, formerly known as Toplife, was purchased bt Farfetch and now under the name Farfetch China. (JD is a major shareholder in Farfetch.) Farfetch China sells brands like Balenciaga and Saint Laurent.

Between them, these platforms have become important gateways between the worlds of western luxury and Chinese consumers.

But some brands have eschewed relying on these platforms. Gucci, for example, has said that the large number of counterfeits on platforms like Alibaba precludes them from working with any of the big Chinese platforms.

Prada’s new strategy in China, banking on the knowledge of Chinese platforms to boost sales, could be just what the brand needs to revitalize its profits, but going about it the wrong way could be harmful to the brand’s long-term plans for success in the region.

“Luxury brands continue to struggle with marketing and positioning in China, and other international markets,” Meagher said. “The [profits and losses] must reflect the shifts in what it takes to establish a strong brand presence: marketing that drives product development and localized initiatives that drive market-specific advertising.”