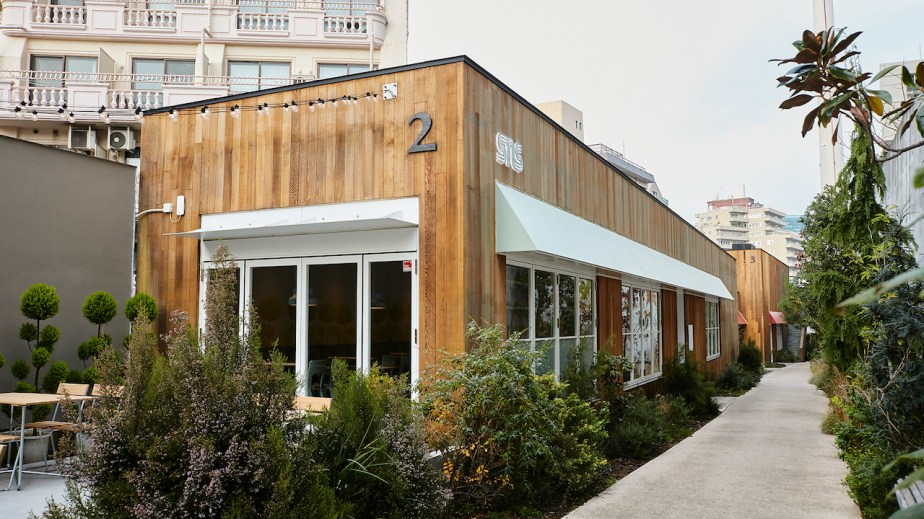 In the world of streetwear, Japan looms large on a cultural level. Japanese designers like Hiroshi Fujiwara and Nigo are revered by sneakerheads. Japanese culture and design sensibility are apparent in Adidas’ collaborations with Pharrell and the many collaborations between streetwear and Japanese artists like Takashi Murakami. While China has been the main focus of Asian expansion, Japan’s booming sneaker market is making it an attractive alternative for sneaker brands.

The latest is Sneakersnstuff, a sneaker retailer founded in Sweden and with a presence in Europe and the U.S., which opened its first Japanese store in Tokyo over the weekend.

“We started in 1999, and ever since, we have looked to Tokyo for inspiration, both for sneakers and retail in general,” said Sneakersnstuff co-founder Erik Fagerlind. “We have been coming to Tokyo a few times a year. When we decided we wanted to expand globally, we [focused on] New York and Tokyo, because those are the two cities that have always inspired us the most. However, being located in Sweden, we needed to grow and mature as a company within Europe before we were ready to take the step and open in Tokyo.”

This is the company’s seventh store after Stockholm, London, Berlin, Paris, New York and Los Angeles, and its first in Asia. It will feature an attached cafe, run jointly by Sneakersnstuff and Japanese coffee chain Camelback, where the retailer will host events and exhibitions, similar to the bar attached to its NYC store.

Fagerlind said his overall vision for the company’s expansion does not include hundreds of stores in every market. Instead, the ultimate plan is for between 10 and 12 stores in strategic cities around the world. Sneakersnstuff is reportedly expected to bring in $100 million this year. Last year, it set up a holding company with partner FSN Capital called SNS Holdings to better manage the company’s expansions in the U.S. and Asia.

Fagerlind said the popularity of sneakers in Japan made it easy to expand there since the brands Sneakersnstuff sells are interested in growing their presence there, as well. Two of the biggest sneaker brands and Sneakersnstuff’s biggest partners, Nike and Adidas, have both expressed interest in having a greater presence in Japan.

Nike called out its recent ambitions in Japan as a driver of its 36% digital growth in earnings for the third quarter of this year. Earlier this year, Nike launched both its regular mobile app and the streetwear-specific SNKRS app in Japan.

“The SNKRS app and Nike app are both resonating strongly with the highly discerning running customer in Japan,” said Nike CEO Mark Parker in an earnings call in March. There’s a significant overlap between streetwear and running styles, with some of the more popular streetwear sneaker models in recent years like the Nike Epic React Flyknit and any of Adidas’ many shoes with Boost sole technology being crossovers between the two worlds.

“We’ve since become the No. 1 running company in Japan,” Parker said.

Most of the excitement around Asia in the fashion world has been focused on China. Brands across the luxury spectrum like Burberry and Gucci have invested more heavily in China while athletic and sneaker brands like GOAT have built up entire sections of their business devoted to China, like GOAT’s dedicated Chinese mobile app.

Japan, comparatively, is less exciting than China in terms of growth. While China has seen immense growth in the past few years, with apparel retail sales growing from $260 billion to $320 billion between 2015 and 2019, according to Statista, Japan’s apparel market size has stayed relatively stagnant but still impressively large — hovering around at around $66 billion per year for the same four years.

But Japan’s sneaker market has been booming. According to NPD Group, between 2014 and 2016, sneaker sales in Japan rose from $1.3 billion to nearly $1.7 billion, making up almost a third of the entire Japanese footwear sector.

Like other brands have done with China and the Middle East, Fagerlind said working with local partners was key to Sneakersnstuff setting up shop in Japan.

“We worked with Japanese consultants both from straight business point of view but also, and perhaps even more importantly, from a cultural point of view,” Fagerlind said. “We have a tremendous respect for Tokyo as a city, so it is very important for us that we get this right and in a very respectful way.”