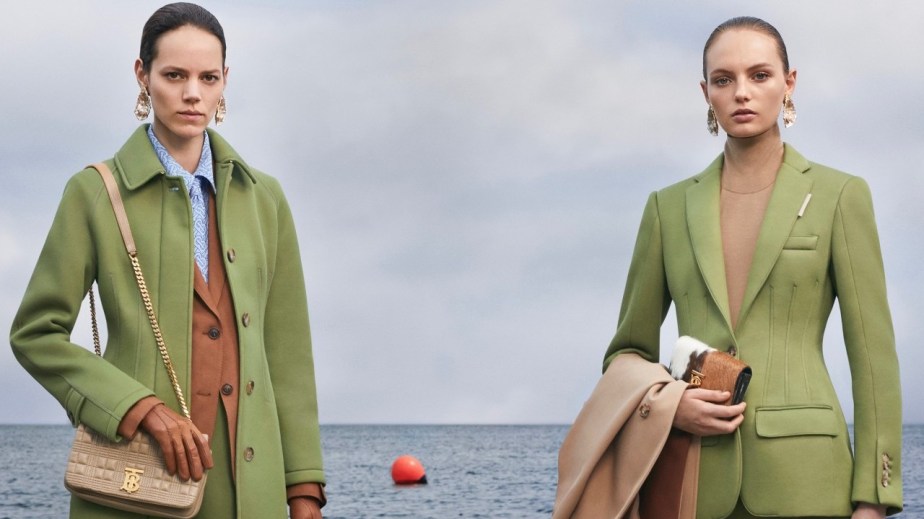 Last month, Burberry became one of the growing number of luxury brands to work directly with the secondary market when it teamed with resale platform The RealReal. Before that, the company joined the G7 Fashion Pact, committing to zero greenhouse gas emissions by 2050 and setting a goal of carbon neutrality by 2022. These are just a few of the sustainability projects the company has tackled in the last few years. After a controversy last year revolving around the burning of excess clothes, these efforts are one way for Burberry to cultivate a more sustainable image.

Pam Batty, Burberry’s vp of corporate responsibility, said the company first began getting serious about sustainability more than 15 years ago. In 2017 — a year before Burberry reportedly burned more than $36 million worth of clothes — she helped develop a new five-year plan to put the company on track to being carbon neutral by 2022.

Batty said the company’s efforts are organized into three main pillars: product, operations and waste. On the product side, Burberry intends for every single product it sells to have at least one “positive attribute” by 2022. For example, some products might be made out of an environmentally friendly material, like its newly introduced Econyl made from recycled fishing nets. Others might use traditional materials, but they are manufactured at a carbon-neutral factory.

Burberry has also set a goal of removing harmful chemicals from its products by 2022 and has trained more than 1,000 employees in chemical management to facilitate that goal. In 2017, the company sourced 21% of its cotton ethically through the Better Cotton Initiative, but that’s increased to 68% this year.

In the two years since the five-year plan was put into place, 36% of Burberry products have been made to have at least one such attribute. The goal is for 100% of products to meet the criteria by 2022.

On the operations side, Batty said that the major focus is on the raw materials stage of the supply chain, which is responsible for 50% of all Burberry’s carbon emissions. Burberry intends to cut emissions by 95% by switching as much of its supply chain to renewable energy as possible. From 2018 to 2019, Burberry obtained nearly 60% of its energy from renewable sources, a 43% reduction from 2016. The brand is already carbon neutral in its retail stores in the Americas and parts of Europe, the Middle East and Africa including the U.S. and the U.K.

A major criticism of the Fashion Pact is that it is not legally binding and only applies to the companies that are named in the agreement, but not the dozens of outside companies and suppliers those brands work with, many of which operate in parts of the world with more lax regulations and have little transparency. As Burberry works with many external partners throughout the supply chain, it’s easier for it to change its own procedures than it is to convince partners to change.

“We’re fortunate in that many of our third-party suppliers are people we have longstanding relationships with,” she said. “There’s a company in Scotland that makes all our scarves, and they’ve been making them for us for 100 years. When we make changes or adopt new policies, they typically join in, too.

Finally, Burberry is focusing on reducing waste, both within the supply chain by switching to renewable energy and on the consumer side by encouraging customers to repair or consign clothes. Burberry announced last year it would discontinue burning clothes as a practice and instead repair, reuse, recycle or donate unused clothing all clothing instead of just some of it.

Part of that is embracing circularity, to encourage people to hold on to their clothes as long as possible. Burberry offers repairs on handbags and accessories (though not clothing other than trench coats), and has begun working directly with resale companies.

In October, Burberry teamed with The RealReal to offer free personal shopping services to anyone who consigns Burberry products through The RealReal. According to Allison Sommer, director of strategic initiatives at The RealReal, Burberry is routinely among the top-searched brands on the site, and its resale value has risen by 64% per year for the past three years.

“Fashion is one of the world’s top-polluting industries, and driving change requires addressing both how items are created and how they live on,” said Sommer. “Working together with forward-thinking brands like Burberry helps us keep luxury goods in circulation and raise awareness of the sustainability benefits of resale.”

The backlash when it first came to light that Burberry was burning clothes was swift and furious, with boycotts and anti-Burberry social media campaigns springing up almost immediately. The controversy also coincided with two years of flat or slightly negative revenue growth between 2017 and 2019. The company’s revenue has hovered around $3.4 billion per year since 2016, with slight drop-offs in 2018 and 2019.

Burberry isn’t the only brand to have burned clothes. Brands including Louis Vuitton and Nike have done so, as well, and Richemont admitted to destroying more than $500 million worth of watches in two years. Fast-fashion retailer H&M reportedly burned more than 60 tons of unsold clothes from 2013 to 2018.

Batty said that one part of their marketing strategy for sustainability will be using store associates to make customers aware of the new pushes. All were trained on how to talk about products in terms of how they were made, in order to show customers that sustainability is important to Burberry.

Circular fashion has been held up by proponents as the best antidote to fashion’s biggest sustainability problem: the glut of unused stuff that gets made and never sold. For Burberry, embracing circularity and sustainability is about more than just improving its own impact on the environment; it’s also a way to signal to customers that it has reordered its priorities.