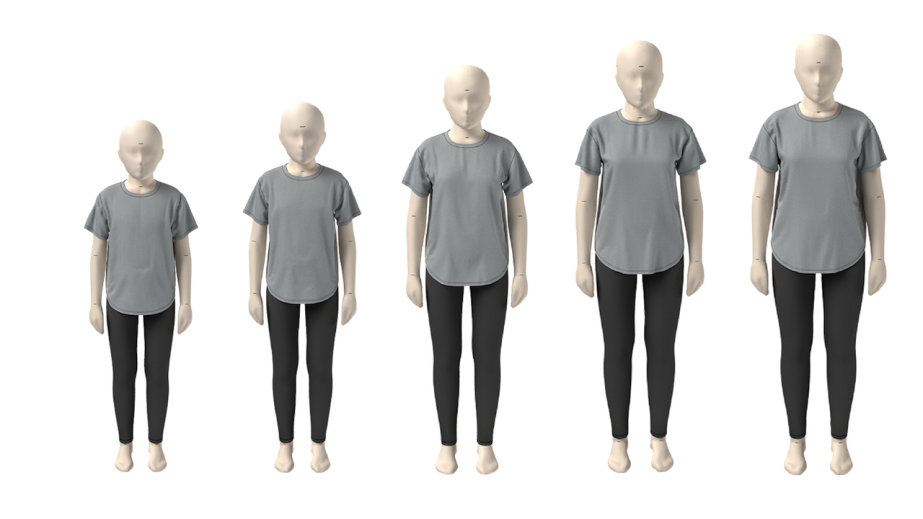 Since January, more than 140 established fashion brands have adopted a 3D digital design process. Because the process facilitates standardized sizing and expedited operations, plus eliminates much waste produced in production, it has big implications for the industry.

Fueling the recent trend is the launch of a digital body hub by technology company Alvanon, which advises more than 1,000 brands from Stitch Fix to Chanel on fit and sizing strategies. The hub features more than 6,000 virtual bodies, or avatars, based on 1.5 million body scans conducted worldwide by Alvanon. The bodies are newly compatible with eight popular 3D software companies, including Clo and Browzwear.

According to Jason Wang, Alvanon’s COO, many brands thinking about 3D have the customer experience in mind: They want to offer an experience that evolves with the technology available, which now includes 3D asset-enabled VR and AR. Others, however, are looking to save time and money. Using Alvanon’s platform, brands can expedite products’ speed-to-market both by eliminating processes like shipping samples back-and-forth for tweaks and approvals, and by cutting out unnecessary middlemen. Players across a brand’s vendor base and supply chain can access the platform and the brand’s set collection of avatars.

Since launching in 2001, Alvanon has worked with brands to define their size offering and measurements, based on factors including their current shopper demographics, their target demographics and fit issues that have been reported. After a consultation with Alvanon, brands typically walk away with their core size defined, a grade rule and body growth chart for sizing up and down, and virtual avatars and corresponding mannequins from which they can create samples. “If brands are still using the traditional grade rule for their sizing, they’re only fitting 20 percent of the population,” said Wang.

Before rolling out its 3D body hub in January, Alvanon released it in beta mode to select clients, including American Eagle, J.Crew, Kohl’s and Under Armour. They tested the process and provided feedback from July to December.

“The whole 3D journey is a process change, a mindset change for the industry,” said Wang. “It’s not growing as fast as it could be, because know-how in terms of working in 3D computer-aided design systems is at a toddler stage. But it’s creating a whole new host of opportunities, and it’s changing how companies operate.” For one, he said, it’s become a skillset companies are looking for in new hires.

While Alvanon’s avatars were created to be in-house and B2B tools, brands are increasingly requesting renderings featuring their styles for use on their websites and social media channels, said Wang. Some are using them in crowdsourcing to gauge whether a style is worthy of production.

The first industries to embrace 3D were performance wear and activewear, and now mass players like Walmart and Gap are coming on board. Luxury brands will be last, true to form, Wang said — though he shared there’s been recent interest by top-tier luxury players.

Under Armour began working in 3D in 2015. It’s now a central focus of its Lighthouse, the company’s 35,000-square-foot innovation hub in its Maryland headquarters. Though there’s a dedicated Lighthouse team, the space is meant to serve departments across the board looking to test and fast-track ideas.

As a beta tester of Alvanon’s digital body Hub, Under Armour has been working with the 3D avatars for a year and a half. Jami Dunbar, Under Armour’s vp of apparel and accessories development, said it’s it’s been a game changer. “We’ve been able to make much better product, with improved sizing, because the standardization involved really facilitates next-level accuracy. We’ve also been able to move faster and increase speed-to-market to remain competitive.”

As a performance brand, physical prototypes will always come into play to ensure styles meet expectations, said Dunbar. Even so, she is pushing for the ability to view the avatars in motion, so key contacts can see the styles as they’re made to be worn.

“3D is definitely changing our industry; there’s nobody who’s not starting to touch it,” she said. “And the beautiful thing about it is that there’s a great deal of collaboration across brands. Everyone keeps their secret sauce to themselves, but we all know this is the way forward, and the way we’re all going to be able to visualize and make better product.” — Jill Manoff

NYC’s The Gregory Hotel is renting designer fashion to guests
On Monday, NYC’s The Gregory Hotel announced a partnership with Wardrobe, the peer-to-peer fashion app allowing users to rent designer and vintage styles from each other’s closets. The partnership gives the hotel’s guests the chance to reserve items from the Wardrobe app and have them delivered to their hotel room for the duration of their stay. They can leave the pieces in their closet at checkout.

According to Yaniv Packin, The Gregory’s general manager, the idea to link with Wardrobe stemmed from the hotel’s Caravan Stylist Studio, which offers beauty and fashion styling services, and a stage for content creation. To promote the partnership, the hotel’s set up mannequins and racks in the lobby displaying a selection of available Wardrobe pieces. It also plans to highlight the service through its new “stylist concierge newsletter,” which is released every two weeks through its website and social media channels, and emailed to guests at arrival.

Wardrobe founder and CEO Adarsh Alphons said the partnership makes sense for the brand because it connects travel and fashion, which are core to its customer’s lifestyle. It’s also a testbed for the brand, which is considering rolling our travel services. Wardrobe launched on December 1 and has “thousands of users,” said Alphons. It’s seen 12 percent growth every week since launch. — Jill Manoff

Fraud is keeping sneakerheads up at night
For a new report, resale platform vIRL and e-commerce blockchain company Worldwide Asset eXchange spoke to 1,000 sneaker enthusiasts, or sneakerheads, to see how they feel about the resale market and gauge their biggest concerns. They found, perhaps unsurprisingly, that what buyers worry about most is buying sneakers that aren’t authentic. As the sneaker industry grows — it’s worth about $55 billion globally — and the resale market climbs to an estimated worth of over $1 billion, the chances of buying fake sneakers seems even higher.

81% of respondents said that while they make many sneaker purchases online, one of their biggest concerns is whether or not the marketplaces they are buying from have authenticated the collectible items they sell. About one-third, or 31%, of the respondents said they have been scammed in the past when buying a pair of sneakers online. Of that 31%, 73% bought sneakers they thought were real but later discovered they were counterfeit, while 41% never received their purchase.

While there are plenty of platforms equipped with authenticators, like Stadium Goods and StockX, many still turn to sites like eBay to buy and sell. Thirty-three percent of people who buy sneakers and then flip them for a profit said they primarily use social media to sell, followed by 27% who reported using eBay and 15% who said they use Amazon. — Katie Richards

Bookmarked
What we’ve covered this week

Inside Sephora’s #SephoraSquad influencer ambassador program
“We see social behaviors constantly evolving and, in order to stay relevant, we felt it was time take influencer relationships to the next level.”

Inside the US-inspired playbook of Latin America’s largest DTC brand
“The DTC trend will no doubt continue to permeate throughout the world, because of the benefits to the consumer. They’re not just U.S.-centric benefits.”

With StockX’s potential billion-dollar valuation, what’s next for sneaker resale
“The sneaker resale market is a winner-take-most marketplace. There will end up being maybe two or even one main player in this space, and it’s hard to say who that is going to be. It’s an incredibly competitive space.”