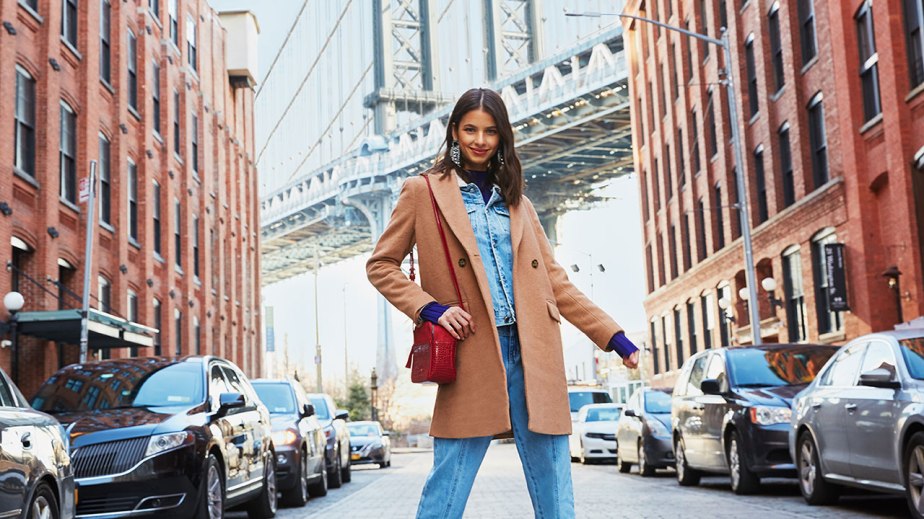 As direct-to-consumer fashion brands were popping up left and right to fill voids in the U.S. market, Amaro founder Dominique Oliver was instead looking to fill the DTC white space in another market: Brazil.

Oliver launched fashion brand Amaro in Sao Paulo in 2013, with a business model focused on vertically integrated operations, data-driven design and inventory, and owned sales channels, which now include 16 brick-and-mortar “guide shops” largely based in local malls. To this day, he said, Amaro is the only sizable DTC brand in the market.

Oliver said Brazil hasn’t been a draw for other DTC players as the local retail market is about seven years behind that of the U.S. E-commerce penetration is low, accounting for just 3% of local retail sales in 2017. What’s more, there’s a lack of funding in the region for businesses not solely focused on technology. Amaro, for its part, has managed to secure equity rounds and investments from family offices. Oliver declined to share their dollar amounts.

Since launch, Amaro has doubled its revenue year over year, and it projects it will sell 1.5 million items in 2019. Dresses on the site average $55. More than 50% of revenue comes from repeat customers, and the average customer places three orders per year. It currently employs 400 people.

Fifty employees are in marketing roles ranging from creative direction to photo and video production to management of paid media. Of those, two manage influencer strategy. That currently centers on a combination of gifting and crafting package deals that include hosting livestreams from in-store events, co-creating content with Amaro’s film team and posting on Instagram. “We do a ton of influencer marketing,” said Oliver. “We’re the single largest influencer advertiser in Latin America, and Brazil is one of the biggest influencer markets in the world.”

Among other marketing tools are Amaro’s stores, which started rolling out in late 2015. Each is unique, designed with local materials by a different local architect and based on the showroom model of featuring one size per style. Shoppers place orders in-store, and those living in Sao Paulo receive shipments on the same day — Amaro’s 50,000-square-foot distribution center is in the city, and it works with 12 transportation companies to ensure speed. Outside of the city, orders placed by 10:00 p.m. are delivered the next day.

The stores’ visual merchandising mimics the e-commerce site’s homepage, both of which are updated twice a week, and inventory is catered to the local climate, which is warmer in North Brazil. Sixty-five percent of in-store visitors are discovering the brand for the first time, Oliver said, and the repurchase rate is 2.5 times higher for those who make returns in-store. Currently, 1 in 4 purchases is made at a guide shop. Two more stores are set to open in August, bringing the total to 18.

The stores are a key source of data collection, a large focus for the brand. In the last 18 months, it has invested in growing out its data and engineering teams. In-store, shoppers can be identified through Wi-Fi sensors, which can also can also track activity like whether they try on pieces and don’t purchase. Amaro plans to open more guide shops near stores where enough people walk in and buy, either during or after their visit.

“It’s important to own the data,” he said, pointing out that it’s impossible with wholesale partners. ”The future of retail is the end of wholesale, for sure.”

The brand debuts 100 to 120 new styles every week, created by an in-house design team of 30 people before hitting the site in as few as 19 days. Including color options of each, about 5,000 different styles are available for purchase on amaro.com at any given time. Recently, the company extended its size offerings from three sizes (small to large) to five (XS to XL). To support the merchandising team, a data team pinpoints the styles that are selling and their full-price sell-through rate, and even zeroes in on style attributes like color and material to determine which to lean into and which to avoid.

“In the U.S., you have companies like Stitch Fit and Farfetch — but often, they’re not the ones creating the products,” said Oliver. “And the digitally native brands don’t have that data expertise. We cover both areas. We could potentially become a Zara 2.0.”

Prior to launching Amaro, Oliver was working in banking in NYC and playing a role in the restructuring of traditional fashion brands like Talbots and Abercrombie & Fitch. Owing their struggle to being strapped to old business models, he set out to go a new route in a large emerging market, inspired by the direct-to-consumer brands starting to lay foundations in the U.S. He considered China and India, but saw Brazil as more of an opportunity. It was home to 210 million consumers who had a fraction of the spending power of those in the U.S. and were being “priced out” of offerings at wholesale.

Today, Oliver travels to the U.S. five times a year, largely to scope out how DTC brands are approaching branding, and connecting with customers in terms of values and lifestyle. That’s where Amaro can learn, he said, though he called the brand’s operations and omnichannel approach comparatively advanced or up to par. “We are more ‘full-stack,’ because, here, you don’t have the agencies to outsource marketing, branding, product development. We can’t just plug and play.”

Oliver said he’d welcome local DTC competitors, as the local media has yet to grasp why the business model is advantageous.

“Innovative companies are born all over the world, but the U.S. is kind of known for that entrepreneurial spirit and these DTC success stories,” said Corey Pierson, CEO of retail analytics company Custora. “Some of the bigger digitally native brands will assume there will copycats, like the Warby Parker of X country, and they’ll try to get an international presence and become truly global. But either way, the DTC trend will no doubt continue to permeate throughout the world, because of the benefits to the consumer. They’re not just U.S.-centric benefits.”