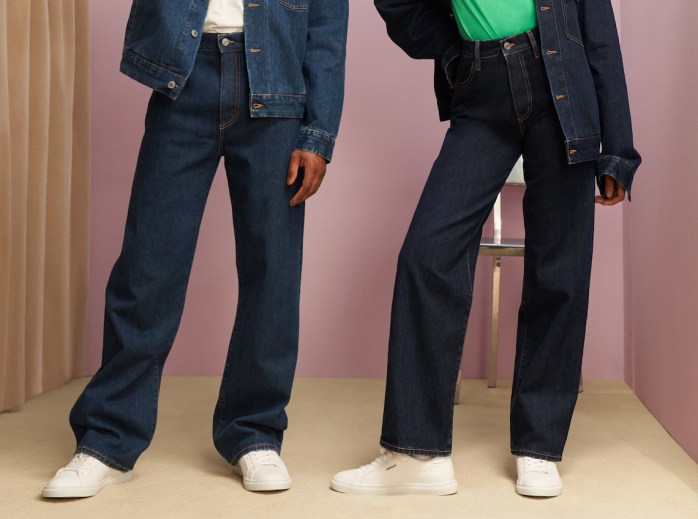 Sustainable apparel brand Pangaia has two business models, according to chief innovation officer Amanda Parkes. It is a B2C fashion brand that sells clothes and also a B2B material innovation company that sells textiles to other manufacturers and brands.

Oftentimes, those two sides of the business go hand-in-hand. For example, recently, Pangaia’s innovation team became enamored with using nettle, a plant that the brand has sourced from the Himalayas, for clothes. Nettle is sturdy, strong and not overly industrialized the way that materials like cotton are. And, as with bamboo, picking it promotes new growth underneath. To promote the new material, Pangaia launched a collection of jeans and denim jackets on Tuesday made with a combination of nettle and cotton.

“Our whole entire company is focused on material innovation,” Parkes said, noting that the brand has two dedicated research centers in Italy and Portugal, in addition to its offices in New York and London. “I like to say we masquerade as a fashion brand, but below the surface, it’s all about materials.”

The brand’s first denim collection, which starts at $225 for jeans and $275 for a jacket, is being sold exclusively on Pangaia’s e-commerce site. A second denim collection, made from hemp instead of nettle, is due in November. Both collections will be advertised heavily on Instagram, where the brand has nearly a million followers.

​​”Our work has been like farm-to-table, starting at the plant level to make even better, unique denim,” said Jonathan Cheung, denim designer at Pangaia.

Parkes said that Pangaia’s category decisions are often led by the materials it is developing. Rather than the team deciding it wanted to make denim and then developing a material to make it, Pangaia developed nettle fiber as a sustainable material first, then settled on the right product to launch that material.

“We have both a bottom-up and top-down approach,” Parkes said. “We do have a product plan. For instance, we started with tracksuits and went out looking for the right material for that. But most of the time, it’s the other way [around].”

Parkes referenced another new category Pangaia launched in September, sunglasses, which was born out of research into turning captured CO2 from the atmosphere into a plastic material. The resulting polycarbonate ended up being a perfect material for sturdy sunglasses, she said. Other categories it’s launched include activewear, made with seaweed and bio-based nylon, in June, and footwear, made from grape leather, in September last year.

Pangaia isn’t the only brand trying to make denim more sustainable. There’s been a gold rush in the last two years of brands trying to make the definitive sustainable version of jeans. AG launched biodegradable denim in April, and Revolve introduced its own sustainable denim line in mid-October. Pangaia doesn’t break out its revenue specifically between B2C and B2B, but the company brought in $75 million in revenue last year, only two years after it launched, and is profitable.