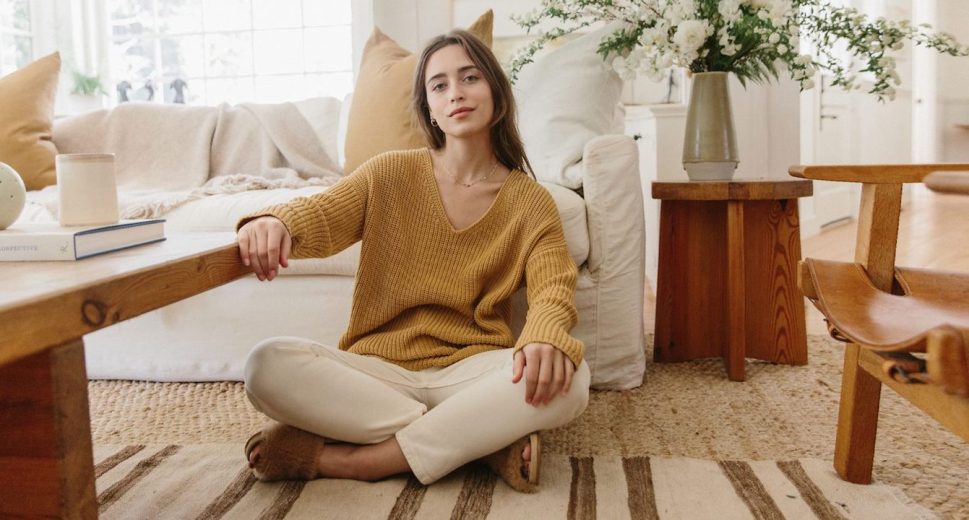 Inside Jenni Kayne’s renegotiations with landlords, investors and wholesale partners

When Julia Hunter joined Jenni Kayne as president six years ago, the brand was primarily a wholesale business. In the intervening years, it’s transitioned to heavily DTC, which Hunter said has been incredibly helpful during the current situation.

But there are still lots of challenges and pitfalls for brands navigating retail, e-commerce, marketing and customer acquisition during this crisis. In the latest Glossy+ Talk, Hunter spoke with Glossy editor-in-chief Jill Manoff about how she’s been navigating those challenges and what strategies have proven most successful for Jenni Kayne.

Now is the time to take risks
Hunter said the brand has been bold about making moves it would typically steer away from, like buying TV ads which had never before factored into its marketing spend. But with TV ad rates down 80% and more people at home watching TV, it’s the perfect time to experiment. And that applies to other areas of the business.

Those lower rates coincide with lower customer acquisition costs across the board, which have gone down to less than $200 in the past few months. Hunter said those lower rates combined with healthy traffic to the site has given the brand the confidence to bring back some categories that it had withdrawn when the pandemic first hit, like sneakers, which she initially was worried wouldn’t sell well.

Also added to the site: discounts. “We have never really discounted, but we have done a few now,” Hunter said. “If ever there was a time to take a risk and get away with discounting, it would be now.”

Physical retail can be frustrating, but it’s still important
One of the few wholesale partnerships Jenni Kayne has kept from its wholesale days has been with Nordstrom. But after having a number of orders canceled, Hunter said she’s reevaluating that relationship and likely won’t continue it.

But Hunter is confident that physical retail will remain an important part of the business, and the brand is actively making a plan to responsibly re-open its stores, starting with curbside pick-up. Los Angeles stores, as of Wednesday, are allowed to re-open at 50% capacity, and Hunter said Jenni Kayne has been implementing additional rules for customers coming into the store, like requirement them to wear a mask. That’s not being enforced by the government, but retail employees have requested the rule, she said.

But retail does come with its own frustrations.

“Navigating relationships with landlords has been tough,” Hunter said. “It’s the most frustrating part of all this. Each landlord is different but none of them want to share in the responsibility right now. But they’ll have to. It doesn’t feel like much of a partnership right now. We were hoping they’d reduce rates or something, but they really haven’t.”

Timing is everything
The past few months have seen the brand moving lots of things around, including delaying launches and accelerating others, to take advantage of trends.

Cognizant of the growing trend toward home sales, Hunter said the brand rushed to launch furniture, a category she had planned on getting into later in the year. The brand was also planning on launching a skin-care line in spring 2020, but that was pushed back to fall.

A funding round the brand was planning to raise has also been pushed back, likely until next year.

“We were looking for around $100 million, and I was feeling good about it, looking to partners who could add strategic value,” Hunter said. “We were close, but in addition to investors being scared, most of them are also looking for cheaper deals right now. We put the whole thing on pause right now, because honestly, we think we’ll be worth more in a year and we don’t want to give up equity right now when we don’t really need the cash.”