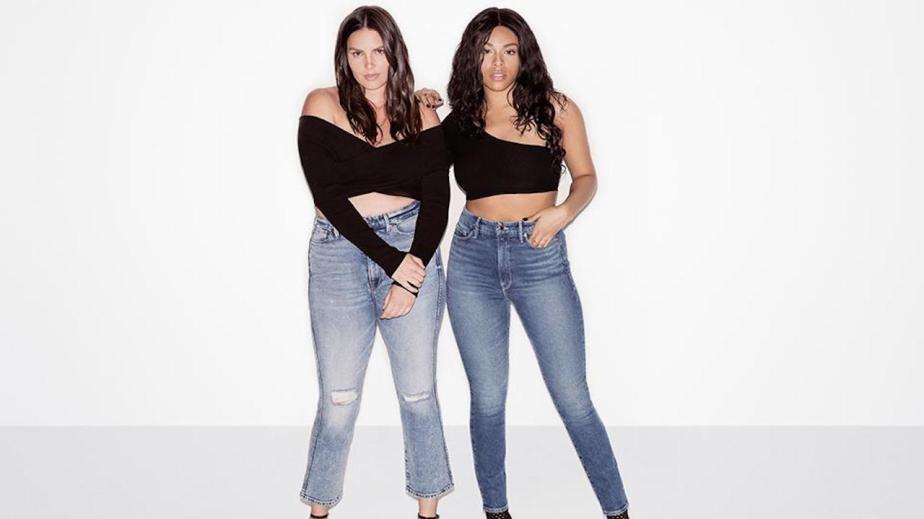 ‘If you’re not profitable, you’re not in business’: How Good American is navigating its first major crisis

Emma Grede, founder of denim brand Good American, made clear her feelings on the coronavirus crisis and how it’s affecting retail.

“It’s no mystery, it’s a fucking nightmare,” she said.

The hit to her business, mostly on the wholesale side — she said the company’s wholesale business has “fallen off the face of the earth” — has been dramatic. But luckily, Good American has spent the last two years scaling back on wholesale and focusing mostly on direct-to-consumer sales. Since it’s launch in 2016, the company’s  two largest sources of revenue were its own e-commerce site and Nordstrom. Direct-to-consumer makes 50-90% of the business — Grede declined to give an exact split.

Grede said the brand’s already considerable DTC channel is going to become even more important. To support this, the brand has started posting two or three direct links to its site on Instagram per day. It’s also been using FaceTime to shoot models wearing its product. In addition, it’s continued to reduce its reliance on wholesale.

“Thank goodness that was the shape of our business already,” Grede said. “Having a strong direct business is something that has always made sense for us, but now it’s basically the only thing we’ve got. And luckily, we don’t have any owned retail stores to worry about. We had planned to open some, but that’s no longer the case.”

Grede said e-commerce sales remained steady in the first few weeks of the pandemic and have grown in the last two weeks. Sales via wholesale partners’ sites and stores, on the other hand, have seen a sharp decline, which she said she expects to continue for the foreseeable future.

Good American will have no new product releases as it focuses on selling through its current inventory and producing smaller batches of core product.

On the marketing side, Grede said the company has been trying to take the focus off of products and to create more community-focused marketing materials, like giving tips on how to reduce stress for example. It focuses its efforts on social channels — mostly Instagram, where it has more than 1.6 million followers. The brand’s Instagram, however, does continue to promote individual products in posts and link to the online store.

But even though Grede said her brand is in a relatively good position financially, but she’s bracing for the worst. Good American rarely discounts, but if the retail world becomes heavily promotional in the next few months as Grede predicts, it will still have a tangible effect on the brand.

“There’s going to be a huge rush of deep markdowns, and if every other pair of jeans on the market is 70% off, it’s not going to be good for us. You have no control over whether a wholesaler might sell your product at a discount, which you’ll have to price-match. When customers on your site are two clicks away from buying the same product discounted at a wholesaler, it’s not good for business. So that’s another reason that direct is important.”

Grede said the biggest priority for the company is cash flow.

“Now is not the time to think about top-line sales growth,” she said, though she declined to say for how long her company has been profitable. “There are a lot of brands in our space who have sort of beavered their way to a high top-line growth, but we’ve been taking a very different view of it. My thinking is that if you’re not profitable, you’re not really in business. Right now, cash is king. That’s what we need to stay in control of and where our focus is.”