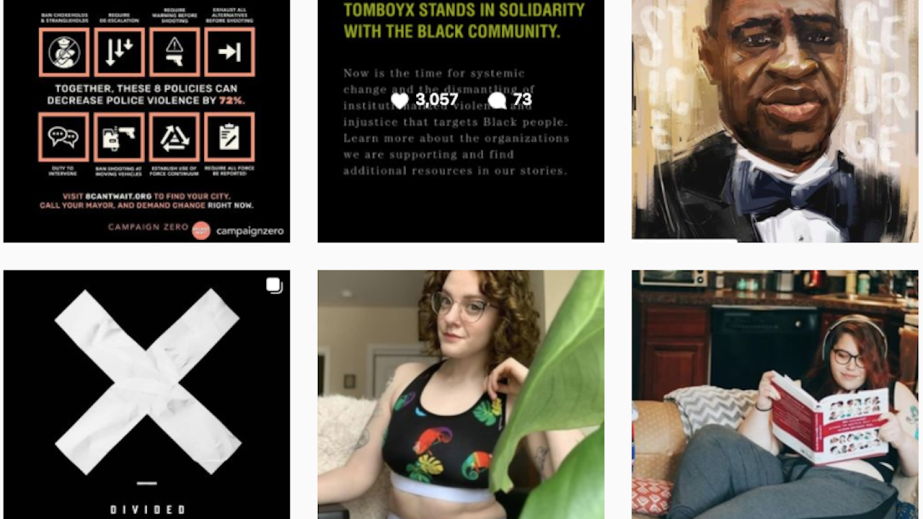 ‘If people want to shop elsewhere, so be it’: Fashion brands let loose on Instagram

The past week, has seen a host of brands offering statements of support for the protest movement happening across the U.S. and condemnation of racism in general, with varying levels of specificity, action and commitment across the board. But with any firm political statements a brand makes, there’s always a chance it will be met with a negative reaction.

For example, influencer Cassandra Bankson posted an image from her YouTube analytics, showing that her video discussing and condemning systemic racism had lost her more than 6,000 subscribers in a matter of a few days.

For many brands, cultivating an audience based on shared values, and making statements that affirm those values, is far more useful than having a larger following but without strong morals or values tying them together. And once strong statements are made, they need to be backed up so they don’t ring hollow.

“We have never been shy about stating our beliefs and where our values lie,” said Fran Dunaway, co-founder of inclusive underwear brand TomboyX, in an email to Glossy. “We give to a variety of organizations focused on racial and gender equality [announced on the brand’s Instagram]. As co-founders, Naomi [Gonzalez] and I are deeply concerned about the systemic racism in this country and feel that our company should take a stand as well.”

Over the last few days, TomboyX has posted several statements supporting the Black Lives Matter movement, as well as resources on anti-racism efforts and education, and donations to bail funds and other organizations supporting the protests. Through it all, Dunaway said maintaining the brand’s follower count has not factored into decisions.

Where there is a danger is in having statements that aren’t backed up by anything tangible. TomboyX, as well as other companies like Stadium Goods, have coupled firm verbal statements with tangible actions like commitments to donate money and pledges to improve diversity internally, as well. But some brands have received negative feedback for posting brief or hollow statements with no action attached.

Louis Vuitton, for example, posted a statement on Instagram that is only nine words — “MAKE A CHANGE. FREEDOM FROM RACISM TOWARDS PEACE TOGETHER” — and has no additional action attached to it. The top comment on the post, with more than 800 likes, says “dont be shy OPEN UR PURSE.”

Brands like Nike, whose support for the protests was more full-throated, earned record social media engagement from its statements. On Facebook, nearly 800,000 people were discussing Nike’s “Don’t Do It” ad which condemned the killing of George Floyd, tripling the brand’s usual social media chatter, according to data from Thinknum. While some of that chatter was negative, Thinknum said the majority was praise for the ad’s stark honesty.

According to Cary Smith, svp of social media at social media agency North 6th Agency, brands can’t be wishy-washy in instances such as these. Half-measures won’t convince the people who strongly support these statements since they’ll be seen as noncommittal.

“The benefits of a brand staying true to its core beliefs far outweigh the potential loss of loyalty from consumers who don’t align,” Smith said. “Taking a strong moral stance has benefits beyond sales. It will drive positive organic brand love and create a welcoming and unwavering atmosphere for employees.”

And once a brand stakes a claim on a moral statement — right now that’s the protests, but it could also apply to other issues like climate change and LGBT rights — they must be sure to stick to it. As MeUndies founder Jonathan Shokrian said, it’s better to have a smaller audience that’s is passionate about the same things as the brand, than a large audience of people who have only a vague connection to the brand.

“Engagement is far more important than audience size,” Shokrian said. “It’s important for us to put money behind where we stand on these issues, like human rights. We don’t want to hide behind the veil of being neutral. We want to be very clear and firm about what we stand for.”

“To us, it really isn’t about followers; it’s about doing the right thing and taking a stance in defense of your values,” Dunaway said. “If that makes people want to shop elsewhere, so be it.”