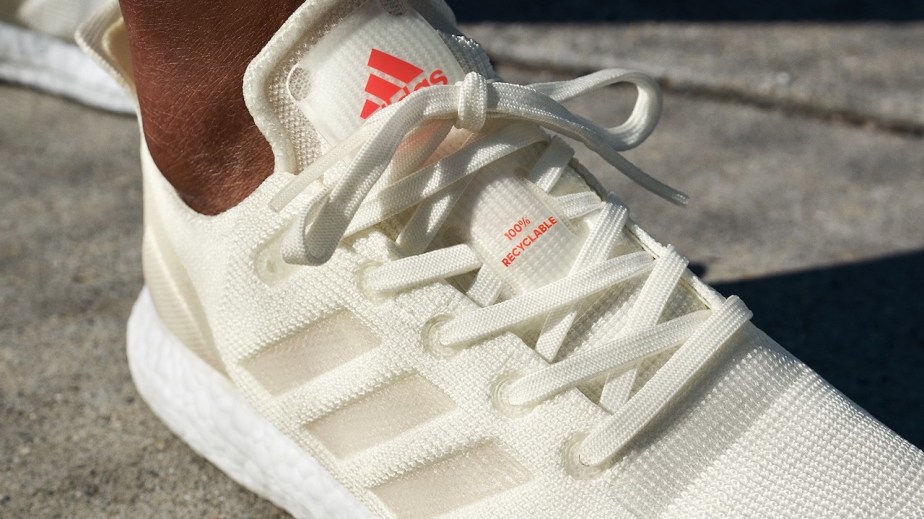 ‘If it ends up in a landfill, we haven’t done our job right’: Inside Adidas’ sustainability ambitions

Adidas is looking to make sustainability a more “holistic” part of the brand’s overall strategy, instead of just being sequestered to a few lines.

The Futurecraft Loop, which entered its test phase at the end of April, is the first sneaker from Adidas made specifically to be returned to Adidas, recycled and made into another pair of shoes. In this way, Adidas views the Loop sneaker as part of a closed-loop process, with nothing going to waste and nothing ending up in a landfill.

“On the one hand, consumption is an expression of self-creativity, but on the other hand, people are becoming aware of the consequences and challenges that consumption habits bring,” said David Quass, project director on the global strategy team at Adidas. “We’ve reflected on our strategy and the linear business model the industry is working on, and we’ve tried to offset that model. At the end of the day, even our product made from recycled ocean plastic still gets thrown away. That’s the key insight that fueled Futurecraft Loop and gave us the inspiration to come up with an alternative.”

Currently, Adidas has sent out around 200 pairs of Futurecraft Loop sneakers to a select group of consumers, influencers and athletes with the rest of the sneakers in existence, around 200 or 300 more, being worn by Adidas employees. This is a test phase, according to Quass. After a few months, Adidas will ask people to return those shoes so they can be recycled into a second generation.

The news comes just as the brand’s most recent quarterly earnings, released last week, showed modest growth, with around $6 billion in sales in the first quarter of this year.

Adidas introduced Parley for the Oceans, which makes sneakers using recycled plastic collected from the oceans, back in 2015. While Parley has never been as popular as Adidas’ best-selling lines, like Yeezy, it has sold quite well, with 11 million pairs being sold this year.

But Adidas does not want its sustainable products to be cordoned off from the rest of its brand.

“There’s been a lot of positive reaction from the public around Futurecraft, but also an internal push within the company,” Quass said. “We started with the discussion of Loop, which carried forward into: How can we make these sustainable ideas more holistic? How can closing the loop be a concept going forward, beyond just the one shoe? What we determined is that we can make a shoe from as many recycled materials as possible, but if we don’t recover it from the consumer so it doesn’t end up in the landfill or the ocean, we haven’t done our job properly. That’s the next level for us.”

Unsustainable hype
But as much as Adidas would like to make its whole line of products sustainable, the nature of ultra-hyped sneakers makes that difficult.

The entire premise of sneakerhead culture is that shoes are dropped frequently, and the biggest, most recent drop is the sneaker everyone must have. This culture of buying something at the height of its popularity only to buy the next biggest shoe that comes out a few months later has led to outcomes that are both good for the environment — like the way it’s helped fuel the resale market, which extends fashions’ lifespan – and bad, like the massive carbon footprint of athletic shoes.

“Hype, in general, is short-lived, which means there’s a high frequency of drops and high turnover of shoes,” said Ryan Babenzien, founder and CEO of Greats, which just released a new shoe constructed entirely from ocean plastic. “Reselling has some sustainability to it, but to really make an impact, you honestly just buy less. Sustainability is one of those things where, if you aren’t being more responsible, you will have a harder time with your customers in the future. There are generations of consumers demanding this and expecting it.”

Adidas’ Futurecraft Loop can be seen as trying to reconcile the hype model, in which sneakers are worn and disposed of relatively quickly, and the sustainable model. The real question is whether a brand the size of Adidas will be able to scale something like this.

Analysts are cautiously optimistic. “As the brand already has existing practices in place with its current eco lines, this may put Adidas in an advantageous position to scale its sustainable model. It will have the benefits of lower costs, existing relationships with suppliers and knowledge behind the processes for sustainable-focused production,” said Katharine Carter, retail analyst at Edited.

Quass said that future iterations of the Futurecraft Loop will evolve based on the previous ones, with the ultimate goal being to bring the lessons from Futurecraft into the rest of the brand’s offerings.

“Futurecraft is the kickoff of a large data program, too,” Quass said. “From the test phase, we will learn as much as we can from how that has worked and what the wearers thought of the show. In addition, we are working with some tech startups to test different ways for consumers to return Adidas products to us to be recycled and remade.”