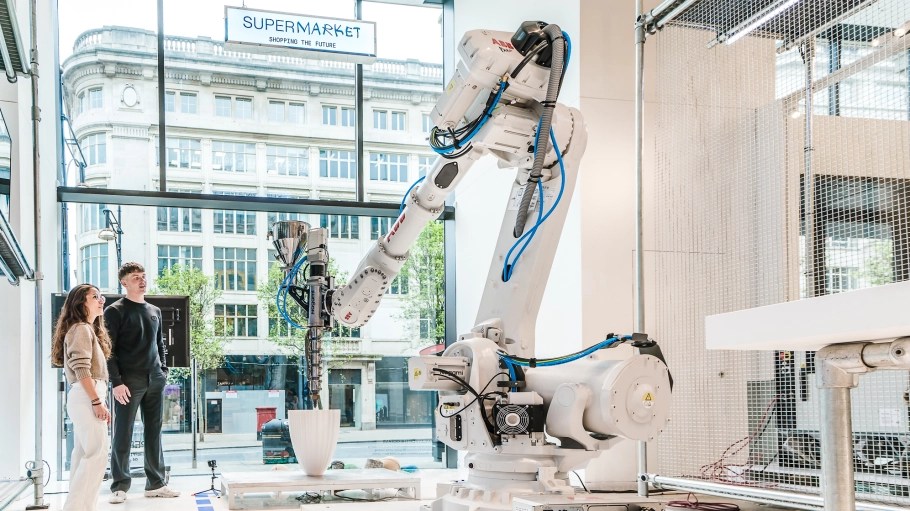 Retail foot traffic in the U.K. is climbing slowly, with a 1.2% increase in February, according to the British Retail Consortium. However, without dedicated retail strategies for more experience-focused consumers like the focus on hyperphysical stores as reported by The Future Laboratory, retailers will struggle to attract the same level of traffic as before the pandemic.

Data released by the BRC on April 8, shows that stores’ average monthly foot traffic has fallen 15.4% in 2022 compared to 2019. The rest of Europe has experienced a more difficult return to retail: Germany’s monthly traffic has dropped by 38% from 2019, France’s has dropped 26%, and Italy’s has fallen 39%.  The U.K. is seeing better numbers since November-January, when Covid restrictions were in place and foot traffic declined. Office for National Statistics’ post-pandemic data from 2020 shows that more than 87% of consumers are now making purchases online.

Abi Buller, foresight analyst at futures consultancy The Future Laboratory, said, “Experiential retail has been an idea or concept that’s been going on for a few years. Now, we want to encourage retailers to push this a step further. It’s less about building displays that are visually impressive and is more about designing an antidote to the metaverse.” She said there is still a lot for brands to gain from physical locations, especially those with a presence in prime urban locations, like London’s Oxford Street.

The Future Laboratory is coming out with a new report this week on hyperphysical stores, which the company expects will help retailers gain an edge on not just e-commerce, but also the metaverse. According to the Future Lab, hyperphysical stores are defined as more soulful shops that deliver a higher level of personal, cultural and memorable experience for shoppers. They typically offer appointments and try-before-you-buy services, and double as entertainment venues.

“We’ve created a new framework to support retailers that we call the four E’s of retail: enriching, emotional, ethereal and exclusive,” said Buller. “Retailers need to really push beyond thinking only about the visual design of stores and the transaction. [They need to] create more immersive and long-lasting retail experiences.” For retailers, this will be through creating unique stores that celebrate the local community and its culture, offer moments of escape, and incorporate elements from the entertainment, hospitality and wellness industries.

One example of a hyperphysical approach is Selfridges now allowing people to get married in the store. In doing so, it’s entered a burgeoning bridal market not typically associated with luxury stores. With in-house make-up and hair teams, as well as DJs, the retailer now offers complete packages for retail-loving brides.

Taking a different approach, in March this year, Dior opened up a boutique in Paris that provides customers a glimpse behind the scenes of creating the garments. It also features branded gardens, a restaurant and a Dior apartment where brand fans can stay the night.

As digital worlds and metaverses become commonplace for online shopping, physical retailers will have to focus on the in-person experience to bring in more consumers. According to a study published last week by marketing company Vista, one-third of U.K. consumers plan to use the metaverse for online shopping in the future. For its part, Zara has already launched a digital fashion collection called LimeGlam in partnership with social media app Zepeto for use on the platform.

It is not all about digital, however. Vista reported that over three-quarters (76%) of U.K. consumers still enjoy shopping on the high street. With growing costs of living and less attractive retail offerings in city centers due to recent store closures, many customers are now looking to their local high streets. “During lockdown, traveling into cities meant exposure to more people, so people became much more likely to rediscover local high street [retailers],” said Kien Tan, senior retail adviser at PwC.