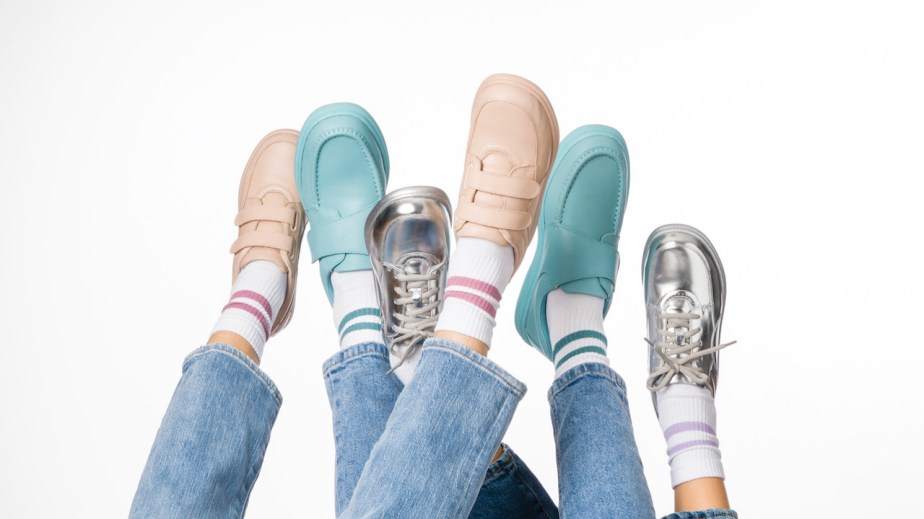 Shoe brand Hush Puppies has been around since 1958, and over the years, it has seen some major success, making its way onto the feet of legends from Princess Diana to David Bowie. However, in the last few years, the brand, owned by Wolverine Worldwide, has reported consistent losses.

In Wolverine Worldwide’s 2018 earnings report, the holding company (which also owns Keds, Saucony and Sperry) stated that while revenue for Wolverine’s outdoor and lifestyle group (Merrell, Sebago, etc.) increased 1.3% to $12 million from 2017 to 2018, Hush Puppies reported a high-single-digit decline for the year. The company blamed the decline on the brand exiting certain markets in Europe and its poor sell-through in the U.S. and Canada. Currently, Hush Puppies is sold in 165 countries around the world, with 90% of revenue coming from international sales, according to Footwear News.

In an effort to bring the brand back in favor with shoppers — and, more important, win over some younger customers — Hush Puppies rolled out a new line of shoes on Thursday called the “The Power Walker.” It’s more affectionately known by the brand as the “grandpa shoe.” The Power Walker is not quite an of-the-moment dad shoe but rather a bulky, orthopedic-friendly shoe that comes in a range of colors from silver to baby pink.

“The ‘dad shoe’ market is growing increasingly oversaturated, and brands are really pushing the limits, with new colors, materializations and overbuilt outsoles. Looking at our Power Walkers, we realized they are not dad’s shoes, they’re grandpa’s. They’re in a league of their own. As consumers reach for the newest sneaker collabs, we know they are looking for uniqueness, something no one knows about yet. That’s our Power Walkers,” said Rose Fulbright, Hush Puppies brand marketing manager.

Some may say the brand is hopping on a trend, with brands from Balenciaga to Calvin Klein rolling out their versions of “dad sneakers” since late 2017, but Hush Puppies’ vp of global product, Ken Beaulieu, said these shoes have been part of the brand since 1999 — they’re simply getting an update.

“There are a lot of brands who find it difficult to remain true to what they stand for and chase trends,” he said. “Hush Puppies isn’t one of those brands. We didn’t have to create a dad shoe, as we’ve had ours before your dad was even a dad. The Power Walker is an original, and we’ve updated it with some new modern colors that Hush Puppies consumers young and old will love.”

Before deciding to launch this line of velcro, colorful shoes, Fulbright headed up major market research, involving some in-depth analysis on how every other brand in the market was approaching the dad sneaker trend, to find out what younger consumers were looking for from shoe companies and from a brand like Hush Puppies. After digging into the dad-shoe trend more, she found that “this trend is truly owned by consumers, not brands,” she said. For that reason, Hush Puppies won’t be featuring any models in any marketing around the new line, on Instagram (where the brand has 36,200 followers) or any other digital channel.

As part of the marketing push, Hush Puppies is sending the product to a number of bloggers and young influencers who have been actively requesting these styles from the brand. Hush Puppies did not specify the spend behind its efforts or the number of influencers it plans on working with. The main goal, though, is to attract as many young, early-adopting customers as possible with this new line to hopefully breathe some new life into the relatively stagnant brand.

“We know people haven’t heard from us in a while, and we want to show them what we’ve been up to,” said Fulbright. “This will give us exposure to a new audience.”