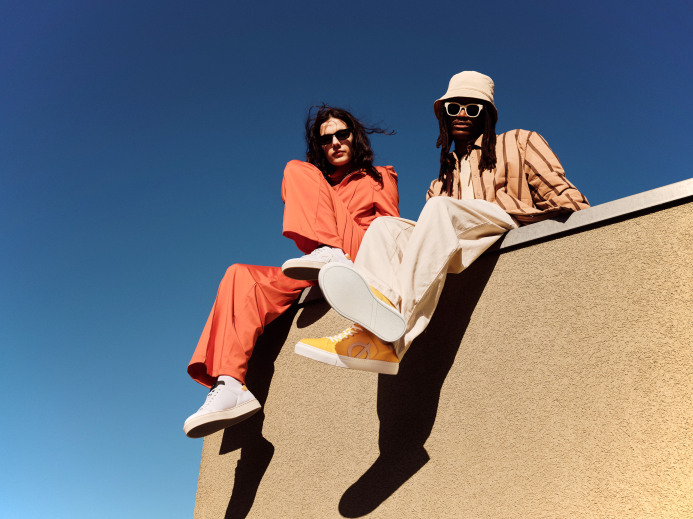 How the UK’s struggling economy is impacting fashion brands

In September, the British pound dropped against the dollar for the first time in 37 years. While the currency has stabilized somewhat since the appointment of Rishi Sunak as prime minister on Tuesday, the retail sector in the United Kingdom has had a particularly tough time balancing sales in a worsened global socio-economic situation, impacted by inflation and a recession. And that ongoing instability continues to affect fashion brands operating in the U.K.

Emmanuel Eribo, founder of 1-year-old DTC vegan shoe brand LOCI, said the changing value of the pound is a challenge everyone is facing. “We’re learning to balance how best to hold our cash flow — be it pound, dollar or euro — to make sure we don’t lose on the conversion,” he said. “Ultimately, the pound will bounce back, but for now it’s a bit of a hedging strategy as we start to plan for the next year.”

In its first year, LOCI achieved annual sales in the seven figures, Eribo said. And this week, the brand secured Leonardo DiCaprio as a strategic investor in a $4.6 million seed round. The brand previously raised about $1.1 million in a pre-seed round.

What’s more, Brexit is still affecting the shipment of goods into the U.K. “With the changing of regulations [around] shipping goods in and out of Europe, we have had to refigure our warehousing infrastructure to ensure we can deliver to customers across the EU without additional duty issues and or longer delivery times,” said Eribo. “The team is now setting up dual warehouses, in U.K. and in Europe, which requires having stock across two locations and a more complicated IT structure.”

Footwear brand Cariuma, which sells in the U.K., has seen an increase in shipping costs “because of the uncertainty in the U.K.,” said Cariuma co-founder David Python. “The EU and U.K. markets have been more difficult for retailers because of currencies and instability.”

“It’s absolutely having an impact, especially for multi-category retailers’ margins,” said Brian McGlynn, gm of commerce solutions at Coveo, which works with brands like Gucci and River Island. “With the pound taking a hit, it’s caused supply chain costs to go up because of the [broader] international currency perspective. Even shipping costs are just eroding margins. There is a focus around profitability now for brands in the U.K.”

Siobhan Gehin, retail expert and senior partner at management consultancy Roland Berger, agreed. “We’ve got inflation and the pound is weak, which doesn’t help. As the dollar is super strong and most of the supply chain trades in dollars, it’s difficult, from a sourcing point of view. Everything through the supply chain has gotten more expensive, so it’s definitely a time where margins are under pressure and we’re seeing some of the weaker brands look for additional funding,” she said.

According to Gehin, discounters are winning in fashion retail. “We saw this in 2008 and we’re seeing it again, where the luxury players and the discounters are quite resilient,” she said. “The mid-level brands, unless they really have a differentiated proposition, are really struggling, probably even more now than in 2008. With all of the changes globally — as well as in the U.K., in terms of the cost of living crisis — demand is clearly suppressed,” said Gehin.

U.K.-based footwear and accessories brand Kurt Geiger has shifted its positioning toward affordable luxury in recent years. Thus, it has been less affected by some of the cost of living customer squeezes that brands are coming up against. “Our brand is often a treat for those customers that are more squeezed by this economic environment,” said Gareth Rees-John, chief digital officer at Kurt Geiger. “We’re not as insulated as the luxury sector, but we are still [faring well].”

Apart from its namesake main brand, Kurt Geiger has expanded to include the Carvela brand that sells accessories and shoes. Both sell products for $80-$120. The company also manages Harrods’ and Selfridges’ shoe departments, which span a number of brands.

Prior to the pandemic, 60% of Kurt Geiger’s sales were made in stores, with 40% through e-commerce. “Obviously everything switched to e-commerce during the closures of the stores. We are suffering like all of the high street [brands], with low footfall back to stores, and we’re still not back to the same level as we were in 2019,” said Rees-John. “There has been a shift in consumer behavior that has stuck.” Today, the brand’s sales split is 50% brick-and-mortar and 50% online.

Even with the slow return to in-store shopping, online is still the main channel for U.K. customers. According to data from AI software service Coveo, 80% of U.K. consumers are planning to shop online the same amount or more this holiday season, compared to last year. Fifty percent of consumers in the U.K. reported that they plan to continue shopping online for fashion and apparel. Fashion and apparel was their top e-commerce category, at more than 10 percentage points ahead of consumer electronics and groceries. The e figure was even higher for Gen Zers, at 58%.

Cariuma, which has a store footprint in the U.K. and online, has seen a small increase in in-store shopping. Python said that the footfall increase has been well-timed to the company’s expansion. Its partnered with sales agency Cool by the Pool, and it’s hired an in-house team to expand its physical presence.

“We are now at over 700 stores globally, with the majority being skate shops, given the big success we have been getting with our skate division,” said Python. “In the U.K., we’ve focused not only on skate but also surf shops, given how vibrant the U.K. scene is for surf and skate.” The brand also sells at Selfridges in the U.K. and has a close partnership with Farfetch. It will be launching at additional specialist fashion retailers in the U.K. in summer 2023.

Cariuma is supporting customers via its DTS ‘Direct To Store’ program, allowing them to buy receive purchased shoes within two days. “This provides flexible service, support and investment into retailers that no other big brand is doing currently. Others enforce rigid terms and high minimum order quantities,” said Python. “But With Cariuma, they don’t have to take inventory risk on future orders, tie up loads of cash in working capital, and order only what they need and when they need it.”

But even with these changes, brands need to adjust to the idea of reduced consumer spending. According to Coveo, 43% of U.K. consumers plan to spend less this holiday due to inflation.