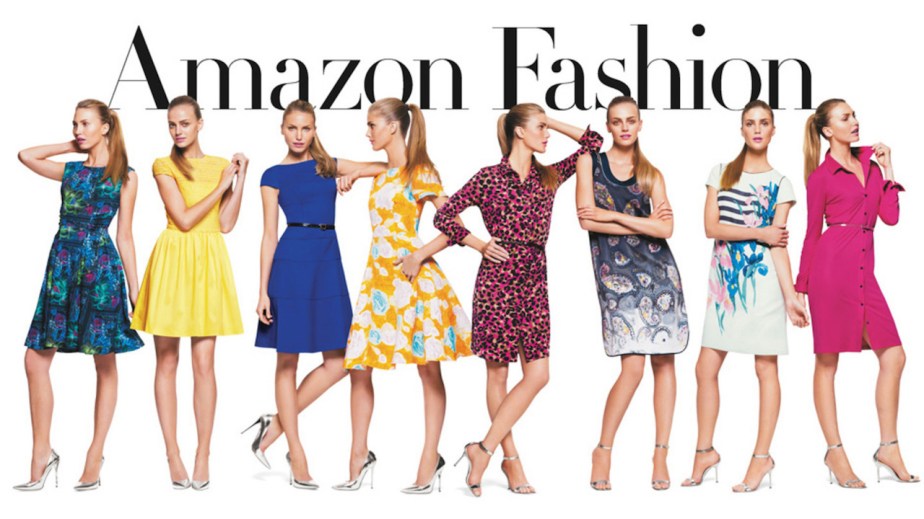 How The Drop is helping Amazon build up its fashion business

As Amazon looks to build out its fashion business, influencers are playing a big part in that growth.

In May, the company announced The Drop, allowing influencers from around the world to design their own limited-edition collections (on average between nine and 13 pieces), which are then sold exclusively through Amazon. The first collection dropped in June. In 2018, Amazon reportedly generated $35 billion in sales from apparel and footwear, per a report from Wells Fargo. To date, Amazon has not broken out sales for The Drop, but six months in and 13 drops later, Amazon is preparing for more drops in 2020, rolling them out every two to three weeks.

Amazon’s push into this space comes at a time when more brands are doing clothing collaborations with influencers, and more influencers, like the Something Navies of the world, are launching their own clothing lines. In July, the company announced a Stitch Fix competitor, Personal Shopper by Prime Wardrobe.

With big names like Target and Walmart steadily building out their exclusive, private-label fashion lines, The Drop gives Amazon a chance to compete, said Asher Chester, director of performance marketing at Agency Within.

Every few weeks, Amazon rolls out limited-edition Drop collections. The most recent, designed by Laurie Ferraro (224,000 Instagram followers), launched on Thursday. Influencers first come up with their own ideas for their collection and then presents those sketches to Amazon. From there they work with Amazon’s in-house fashion team to nail down fabrics, styles and the final products the influencer will launch.

Ellenor Kim, the influencer behind Spread Fashion (159,000 Instagram followers), launched her first Drop with Amazon in July and is currently working on a second release for early 2020. She was the fourth influencer to roll out a collection with Amazon.

“I was one of the smaller influencers they chose. A lot of these influencers have half a million to 1 million followers. To be chosen and have them trust me, that was a really big thing,” Kim said. Kim had worked with Amazon and Shopbop before being approached to launch her line. On The Drop website, Amazon has a form influencers can fill out to be considered for a partnership.

Each Drop is only available to purchase for 30 hours or until it sells out. Customers are able to sign up for text notifications from Amazon. Every time there is a new collection coming, Amazon texts the customer a few days before and then a few hours before, alerting them when new product will hit the site. Sometimes there will be a small number of pieces to buy after the fact, if customers return products, but quantities and sizes are limited, Kim said.

As part of The Drop, Amazon has started to build out its fashion basics, or staples, which are sold alongside the influencer collections. Those include items like a pair of black Chelsea boots for $69.90 and a silk slip dress for $49.90, and are not tied to specific influencers.

“These [staple sales] will become a very valuable data point that [Amazon] can use for more white-label products and their Amazon-branded products,” said Chester.

In the process of creating her drop, Kim said she first designed the entire assortment herself and then presented the designs to the Amazon team. She also designed her own floral print that ended up on a two-piece set. Kim declined to disclose the duration of the design and development process, but said it takes many months of work to create the final product.

For Kim, the process helped introduce her to the world of clothing design — something she has wanted to do for a long time. It was less about boosting follower count and more about building a relationship with Amazon and learning more about the apparel market, she said.

“I wouldn’t say you get a ton of new followers from it. But it does show that it doesn’t matter how many followers you have — you can have an engaged group of followers, and they are actually buying the products,” Kim said.

Kim’s collection sold out within 10 minutes — a first for The Drop, she said, but declined to share how much inventory is made for each influencer. At that point, three other collections had dropped. Kim declined to share specifics around how the partnership works or what percentage of profits she receives from sales. Amazon did not respond to request for comment.

“There’s a lot of value here for influencers who want bigger partnerships. They’ll have a better understanding of the types of products that sell, assuming there’s a rev share model attached to this,” said Chester.

However, where Chester said he sees a downside for the influencers involved is in access to customer data. Nike, for example, pulled its products from Amazon in November to sell directly to customers.

“Brands run into the issue when they sell product on Amazon where they don’t necessarily have access to the customer data that they would if it were first-party data from their own site. I think you’re going to run into the same issue with influencers,” said Chester.