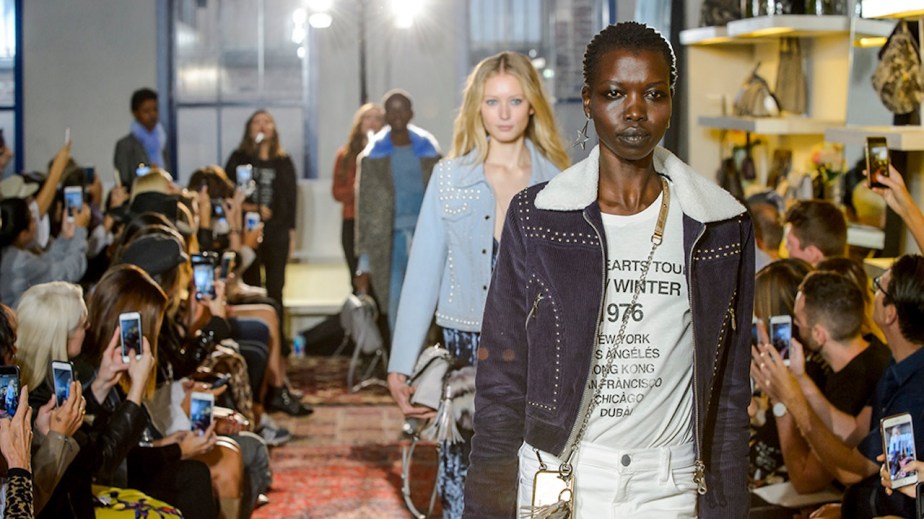 Rebecca Minkoff is no stranger to experimenting with new marketing channels. The women’s fashion brand has started its own OnlyFans account, debuted streaming TV ads and started marketing on TikTok in the last year alone. But the most effective channel the brand has tried is also the most unassuming: SMS.

According to Sona Martirosian, director of e-commerce and digital marketing at Rebecca Minkoff, no channel has come close to delivering the level of conversion that SMS has since the brand began experimenting with texting customers in March 2020. Since that time, SMS has brought in $8 million in revenue, an 80x return on investment, she said. Rebecca Minkoff works with SMS platform Attentive for all its text marketing.

“We had a bit of initial hesitation around using it,” Martirosian said. “We were worried a bit about whether this was something people would respond to. I personally didn’t use SMS services much myself, but I tried it, and I found that it was really convenient. And our customer responded to it so well.”

At first, the brand only sent two texts a month to inform customers about new product launches, as well as a welcome text when customers first signed up to receive messages. Slowly, it began adding more texts each month about promotions or secret sales that one could only find out about by getting an SMS. The latter has driven the most traffic, Martirosian said. SMS, in general, is twice as effective at converting to sales as the brand’s next best channel: social.

This week, Rebecca Minkoff is trying a new SMS strategy based on the success the team has seen so far. On Tuesday, a five-day flash sale was announced over text. Additional SMS text messages will be sent every day for the duration of the sale. When all is said and done, the brand will have sent its highest number of texts in one month. But Martirosian said the team has confidence it will work, given how open the audience has responded to SMS before.

“Our core audience has a lot to do with why SMS has been working so well,” Martirosian said. “They’re a very mobile-first audience. More than 80% of our traffic comes from mobile. The little red dot of a text notification is harder to ignore than a social ad or an impersonal email.”

The fear of annoying customers with texts is also alleviated by the fact that the audience opts in to receive those messages, actively sharing their phone numbers to do so, she said. Seventy-five percent of the phone numbers the brand receives come from the pop-up window that shoppers see when visiting the site for the first time.

The notion that more brands should embrace SMS without fear of bothering customers is shared by a number of other brands that are seeing success with texts.

“If you think about both email and SMS, which are effective channels, if the customer gives you their email directly, they’re already signaling intent, and you can have a better one-on-one conversation with them,” said Aaron Luo, founder of DTC brand Caraa, which also makes use of SMS in its marketing.

But mobile users are easily distracted. Martirosian said one of the things that SMS has helped with is remedying cart abandonment, which is common among mobile shoppers. Texts reminding customers that they have items still in their cart have a 45% conversion rate.

“We tried streaming ads last year, which we thought would do really well for us, And frankly, it didn’t really drive too much traffic,” Martirosian said. “But then SMS, which we thought was interesting but hadn’t expected too much from, turned out to be the best channel overall for us. Our marketing strategy is a lot of trying different things and seeing what works, even if it’s unexpected.”