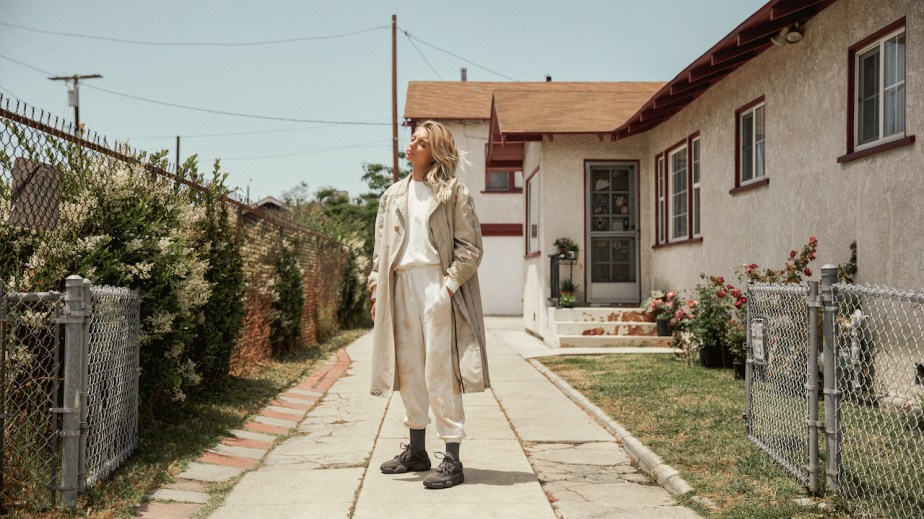 When Richer Poorer first launched in 2010, it was focused on selling socks and had a predominately male customer base. In the last two years, the company has flipped its business to selling mostly apparel to female shoppers.

Richer Poorer CEO Iva Pawling said socks made up the majority of Richer Poorer’s sales in 2017 and male shoppers were driving the business — its men’s category accounted for 80% of overall sales. Apparel was only 20% of the business at the time. By the end of 2019, 85% of sales will be coming from apparel, and Richer Poorer is now 70% women’s, 30% men’s.

“If we did not move our attention from socks to apparel, we would probably be out of business in the next few years,” Pawling said. “That sock category is decreasing at such a rapid rate right now.”

The first indication for Richer Poorer that it could do well in the apparel category came in 2015. That was the year the brand decided to launch a basic tee for men and women. Early on, repeat customers were higher for T-shirts than socks, signaling an appetite for quality basics from Richer Poorer customers who spanned outdoor enthusiasts, contemporary clothing lovers and skaters.

Then in 2016, the company launched a bralette for women in its classic modal fabric to contrast all the other lace-focused products on the market. That year, the bralette sold out four times and Richer Poorer has sold over 30,000 bralettes to date. As such, the company is launching its most comprehensive and ambitious collection to date for spring 2020 including additional bralette and underwear styles for women, and tailored sweatpants that can be worn to work or to bed for both men and women.

While the opportunity to grow its women’s category is much larger, the brand is being cautious not to overwhelm its customers with too many new products. Its 30-piece collection (nine men’s SKUs, not including socks and boxers, and 21 women’s not including socks) will be dropped over a series of months beginning in January and then are scheduled for March and May. Products range from a bodysuit, terry sweat shorts, wide-leg pants and half-zip sweatshirts — all for female customers.

“The biggest challenge we had was building on the foundation that we have, but not stretching it too far that it felt like it was a departure,” she said.

To create an assortment beyond socks, underwear and tees, the company hired a new design team and spent over a year creating its new products. After the design team came on, it began working on the 2020 offering in July of 2018, to ensure products would be ready for wholesale partners like Nordstrom and Urban Outfitters. Beyond internal talent, Richer Poorer has also begun working with new materials, like pima cotton, all new manufacturing partners and new fit models. But because of the early success of tees and bralettes, the company knew it was pushing in the right direction. Direct customer feedback from its bi-annual emailed surveys (that details which products customers loved and what styles they would like to see next) have underscored that success, as have wholesale partners.

“One of the best things that we have is a wholesale channel, when we go into the season and we’re meeting with our retailers for three months before we place orders for the season,” Pawling said. “From there, we have a pretty strong gut check as to what is actually resonating  and what isn’t. That’s not 100% exactly what our customer base is going to be, but it gives us a good jumping-off point.”

Plenty of direct-to-consumer brands from Lunya to Summersault have learned that expanding into new categories diversifies their revenue stream. Lunya recently launched its men’s business Lahgo, while Summersault expanded from swimwear into apparel earlier this month.

“Being a direct-to-consumer company, one of the great things about it is that you have a really small feedback loop. You can launch new products, experiment and find out right away if it’s resonating or not,” said Ashley Merrill, CEO and founder of Lunya.