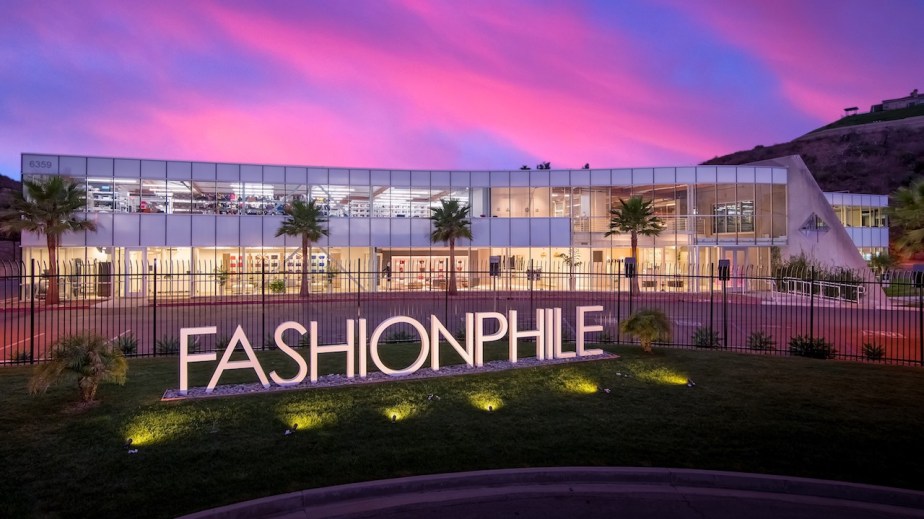 At a private event on Tuesday night, hosted by The RealReal at its months-old Madison Avenue store, the company’s senior valuations manager for jewelry, Katie Ward, was busy examining a sapphire ring under a lens hooked up to a computer. The ring was blown up to 60 times its normal size on a nearby computer screen, allowing her to spot minuscule details within the gem itself. A small round spot indicating the gem was heated to improve color, for instance, can drastically change the value of the piece.

“Even a little inclusion like that can be a difference of thousands of dollars,” Ward said to those who stopped to watch.

Technological tools like this, and others that aid in authentication, pricing and inventory management, have become major points of differentiation among resellers. Most are built in-house and are designed to help the companies scale up in a way they couldn’t do if everything was done by hand. The leading platforms have invested heavily in tech, including their customer-facing and in-house tools, and in the tech talent needed to run them.

Fashionphile, a resale platform that began a partnership with Neiman Marcus in April, has similarly been focused on technology. founder and president Sarah Davis said that the suite of tools it uses in-house are threefold: The Luxury Pricing Algorithm, which lets Fashionphile customers and employees get an automated price quote using internal and external data; Fashionphile ID, or F-ID, a visual recognition tool that can identify products automatically without human input; and an authentication tool that compares heavily zoomed-in microframes of product against verified samples to compare materials.

The Luxury Pricing Algorithm is currently used for 100% of the 700,000 products in Fashionphile’s database, while the other two tools are only used for 30% of inventory. Each of the tools, Davis said, is designed to supplement the work done by Fashionphile employees, but not replace them entirely. All of the tools were developed in-house by Fashionphile Labs, the company’s research and development team, with some input from outside consultants.

“Whenever something comes in, our team has to identify it, price it, authenticate it, take pictures of it,” Davis said. “It’s a long process. Any part of that, that can be lessened or helped with automation adds so much to our productivity.”

Fashionphile has also bulked up its tech team, employing 17 full-time employees working on artificial intelligence for the FID tool and automation for pricing and authentication. Davis also said that Fashionphile’s recruiters purposely seek out people with diverse experiences, valuing skill and fit over having worked in fashion or retail specifically.

Last month, reseller Rebag unveiled Clair, a multipurpose piece of technology designed to accurately and quickly automate pricing for luxury handbags, to make both consumers’ and the employees’ jobs easier. While the product only launched last month, CEO Charles Gorra said that Rebag has been working on it since the company’s inception in 2014 and was developed entirely in-house.

Its tech team has been a relatively small part of Rebag for most of its life, until development on Clair began to ramp up in the last 18 months. Gorra drilled down on hiring, using the $25 million raised in a recent funding round to build the tech team up to 25 people out of the total 120-person workforce. But Gorra said finding people with the right skills and the right experience to work on the tech side was not easy.

“It’s very competitive out there,” he said. “We post the jobs, obviously — we use a place called Greenhouse, plus LinkedIn, and we have a careers page on our site — but frankly, a lot of it is outreach and networking. Technology is very network-based. We’re part of the portfolio of General Catalyst [a venture capital firm that has invested in Rebag], and they have partners, who focus on talent who help us either find specific people or just give us tips on how to recruit better.”

Gorra said being a NewYork-based company makes hiring tech talent harder, since much of the talent in the field is located on the West Coast in Silicon Valley. Fitting talent on the East Coast is a precious and sought-after commodity. Gorra joked that if Amazon had built a headquarters in New York, as it had planned to until February of this year that “it would have been very bad” for Rebag’s hiring prospects.

The right tools can be a godsend for resale platform employees who, depending on the size of the company and volume of transactions, can have mountains of product to sort through — the resale market is expected to more than double in size by 2023. A report from CNBC about The RealReal contained claims from former employees that the amount of product and aggressive quotas set on employees meant that the quality of authentication was not always up to the company’s stated standards. (Since the publication of an initial report on lax authentication standards at The RealReal by The Capitol Forum in September, chief authenticator Graham Wetzbarger has left the company.)

“You can’t scale resale without technology,” Davis said. “It’s absolutely necessary. We sell 6,000 pieces a week and we wouldn’t be able to maintain that without help from technology. It also helps us with our decision-making. When you’re dealing with thousands of pieces a day, it can be hard to pick up on minute trends, but the computer might notice a slight upswing in a certain style, which we can then capitalize on. It’s all about combining artificial intelligence with human intelligence.”