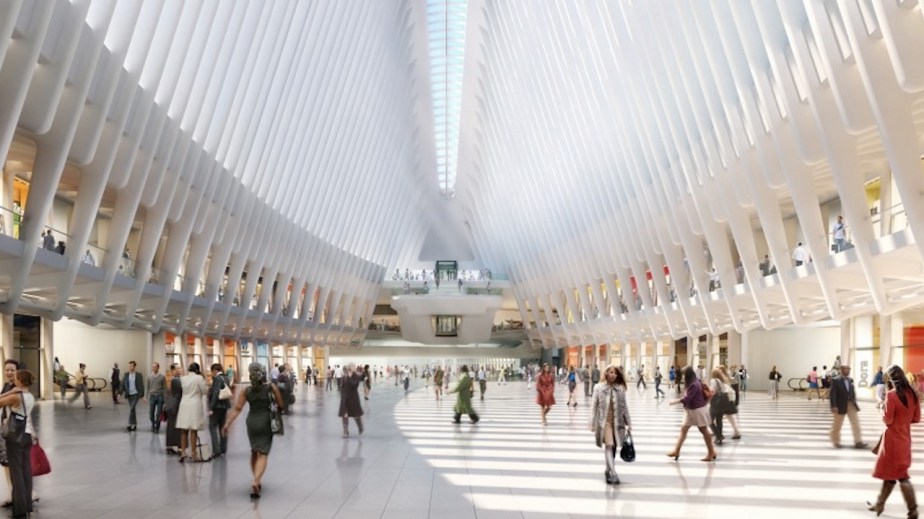 QR codes and shielded Santas: How malls are updating their holiday attractions for the pandemic age

Retail has suffered in the last few months, particularly big shopping centers. Malls have seen declining foot traffic, retailers bowing out and an increased consumer preference for e-commerce. While in-store holiday attractions are usually a big draw, this year they may not be enough to convince consumers to risk entering a mall.

Westfield’s evp of marketing, Ghadi Hobeika, said that last year’s in-store holiday activations drove a boost in foot traffic. The company hosted more holiday activations last year, across its 32 malls in the U.S., than they ever before. Those included holiday markets, tree lightings, photos with Santa and live musical performances.

Hobeika said the increased effort around holiday helped push foot traffic at Westfield’s Century City location ahead of traffic at rival retail space The Grove in Los Angeles in the fourth quarter.

This year, Westfield’s Holiday Market will return to its Century City location, along with photographs with Santa, from Nov. 27 to Dec. 27. The market is composed of a wintery collection of indoor kiosks, both transactional and experiential, and regular musical performances, including a wandering group of carolers. It will be accompanied by daily scavenger hunts and a kids’ version of the market.

But those activations have all been modified for the times. Santa will be behind a glass shield, and the scavenger hunt will be conducted primarily through QR codes hidden around the holiday market.

In the pitch deck sent to retailers by Westfield for the Holiday Market, the mall highlights the benefits of the events on the retailers and the increased foot traffic they will hopefully bring. The average age of a Westfield visitor is 36 and spends, on average, $116 per visit, according to the deck. Westfield is also promising participating retailers media impressions, citing the 21 pieces covering the Holiday Market last year and the $3.5 million of earned media value the company generated. Hobeika said Westfield is also in talks with retailers to cover some of their marketing for the market, including featuring their brand in advertisements outside of the mall and in ads on internal screens and billboards.

At shopping district Boston Seaport, Debra Brodsky, senior head of marketing for owner WS Development, said this year’s holiday activations will be spread out over both space and time. Where last year Boston Seaport hosted a single tree lighting ceremony on one night, requiring the 4,000 attendees to all be at the same place at the same time, this year, the neighborhoo is featuring 20 smaller trees, placed in 20 different retailers like Sephora and Lululemon. Customers can view them at their own pace, which will help disperse foot traffic, rather than centralizing it in a non-branded space.

As a mostly outdoor area, Boston Seaport has an advantage in terms of attracting wary shoppers, but outdoor activations are vulnerable to inclement weather. In the event of unexpected snowfall or cold weather, Brodsky said her team has “Necessity Boxes” throughout the neighborhood, that include hand warmers, a pair of gloves from sportswear brand Helly Hansen and a snowball scooper, available to anyone who passes through.

Hobeika also said that Westfield is offering assistance to its retailers on multiple fronts, including offering free use of facilities and amenities that are normally pay-to-use: Westfield is offering brands free kiosks and temp spaces throughout its malls, free use of a digital queuing service called Line Pass (which notifies customers when it’s their place in line) and free use of some event spaces. For example, at a San Diego mall, Westfield allowed Soulcycle to host rooftop spin classes free of charge earlier this year. For the holidays, Hobeika said Westfield will be extending courtesies like that to all retailers who are interested.

Brodsky said shoppers are approaching the holiday season differently. For example, she has seen customers shopping less frequently but buying more with each trip. Retailers including Everlane have echoed this sentiment, she said.

While many of the malls’ holiday activations are consumer-facing, they’re really aimed at keeping retailer tenants happy at a time when so many — even mall mainstays like Gap and H&M — are pulling away from malls.

“Photos with Santa are great, but this season, the key asset for malls is going to be the ‘standard’ experience they were so used to providing,” said Ethan Chernosfky, vp of marketing at retail tech company Placer.ai. “If malls can push to create urgency [and drive foot traffic] while providing a safe environment for consumers, the impact could be very significant.”