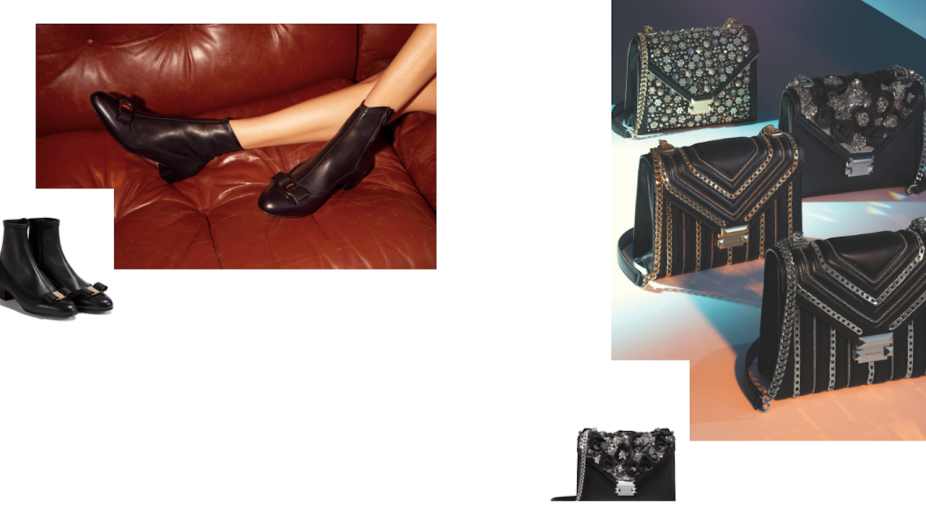 With consumers becoming more cautious about giving up personal data, L’Officiel is looking to make it worthwhile by offering up rewards by Chanel, Dior and Michael Kors.

Today, the 97-year-old French media company, owned by the Jalou family, launches La Liste, a digital platform using blockchain technology created by CEO Benjamin Eymere (son of Jalou Media Group president Marie-José Susskind-Jalou). The platform, on which currency takes the form of Taste Tokens, is set to play into a number of the company’s strategies, with advertising sales and audience development being the key focuses.

For potential advertisers, one draw is a guaranteed sales conversion of 10 percent their ad spend, Eymere said. (For comparison, according to analytics company Heap, Instagram’s conversion rate is 3 percent, Facebook’s is 5 percent, and Google’s is 8 percent.) If Louis Vuitton spends $1 million in advertising, for example, then $100,000 worth of the brand’s products will be available on the La Liste platform, where they can be purchased in Taste Tokens. After a transaction is made on the platform, L’Officiel purchases the product from the brand’s website using traditional cash, on behalf of the purchaser. “We’re not forcing Louis Vuitton to accept our Taste Tokens, because they want real cash,” said Eymere. “It’s not working in crypto payments —  nobody wants ICO now because it’s almost like a fraud. Instead, we’re acting as a clearing house for brands and influential shoppers.”

The reason blockchain is involved, he said, is because it allows everyone to have a protected “wallet.” L’Officiel is pumping out a lot of value to consumers, and it wants to ensure it won’t be hacked.

Brands also get access to customer data. As with any online sales transaction, they are given the product recipient’s name and contact information, including email and shipping address. But they’ll also receive what Eymere has dubbed a velocity of conversion analysis, based on the brand’s product drops on La Liste throughout the year. It will call out, for instance, in what countries the products converted fast and slow, and for what age group the products proved most in demand and unpopular.

“My immediate job is to make people a one-time client of one brand,” said Eymere. “The fact that the customer chooses to shop the brand and the brand consequently knows the customer likes it is the most important thing. The items customers receive aren’t gifted, as most editors and celebrities are used to. The brand earns customers, and all of the customer’s life, the brand can then propose new products and email them at Christmas.”

The group of consumers gaining access to La Liste are based on an invite-only, three-tier system. At the top tier is “elites,” 500 members spanning traditional celebrities, creatives, investment bankers and other “cool people and tastemakers” hailing from 10 countries. They include Bella Hadid, Joaquin Phoenix and Rowan Blanchard, and must opt in to start spending.

Eymere said follower count on social media was not a consideration when compiling this group, which altogether — starting today — will be awarded between $50,000 and $100,000 worth of Taste Tokens each, representing a total of $27 million to $45 million. A second tier, “industry experts,” includes 3,000 content makers, editors and C-suite execs from big fashion companies, as well as insiders like photographers and models. Finally, there’s a group of 500,000 consumers chosen from L’Officiel’s worldwide social platforms. From the get-go, they are given a 50-question luxury brand survey, which they can take to be awarded $1 per question in Taste Tokens. They can earn additional Taste Tokens by reading L’Officiel stories online, sharing content, and buying a L’Officiel print issue and scanning it through an app. Altogether, between now and June 15, $100 million in Taste Tokens will be distributed.

Elites and industry experts invited by L’Officiel receive a letter notifying them of the Taste Tokens they’ve been allocated and suggesting they post images of the products purchased with them in order to fuel the platform’s success. No #ad label is necessary, according to Eymere. The 500,000 subscribers chosen from L’Officiel’s social media community of more than 3 million followers are approved based on their answers to two emailed questions, which Eymere would not share.

“I’m pre-buying [consumers’] future data of consumption,” Eymere said. “I want to know what they are going to do with the value they have, in a confined environment.”

But selling them on the idea may prove an obstacle, according to Zhang Jian, founder of cryptocurrency exchange FCoin and author of the book “Blockchain: Defining The Future Finance and Economic Landscape.” “At this point, people have become so accustomed, even apathetic to companies using their data for marketing purposes,” he said. “I don’t think this is what is holding people back from adopting cryptocurrency; they’re hesitant due to a lack of understanding and a lack of real-life examples of where you can use the currency.”

Thus far, the fashion and beauty industries have just started seeing some traction in the space. Jewelers including Reeds Jewelers and Stephen Silver Fine Jewelry started accepting cryptocurrency in 2014; now, 20 percent and 50 percent of their transactions are made in bitcoin, respectively. In October, beauty companies Opu Labs and Perfect365 launched, both of which grant customers opportunities to earn cryptocurrency, which they can later spend on products.

L’Officiel currently operates 30 national editions of its fashion and culture publication, including a U.S. version launched online in late 2017 and in print in March of this year. According to Eymere, the brand produces 60,000 to 100,000 pieces of original content per year and projects $100 million in annual revenue by 2020. A central content hub was created in early 2016, incorporating artificial intelligence to translate copy for editors across countries, who then re-edit fitting stories for their local audiences.

Even with $100,000 million in ad sales, that’s only $10 million worth of product made available on La Liste. In other words, it will take years for the $100 million in Taste Tokens distributed thus far to be spent.

Eymere said he’s been working on La Liste for a year and a half, bringing in blockchain advisers eight months before eventually getting more players on board within Jalou Media Group to help run the project. Now there are 300 people working on it globally.

Pieces available to purchase in Taste Tokens are often featured in editorial content and offered for sale on the same web page. At launch, they include 20 styles, like a Michael Kors Whitney bag, valued at $650 and selling for 325 Taste Tokens, and Salvatore Ferragamo Vara booties, valued at $775 and selling for 315 Taste Tokens. Also included are products by Dior Joaillerie, Max Mara and Dyson, all regular L’Officiel advertisers.

“I already have publishers calling me, saying we want to do the same,” Eymere said. “And I say to do it — let’s all share value with our audience rather than steal it from them. The way other companies take data, it feels evil.”