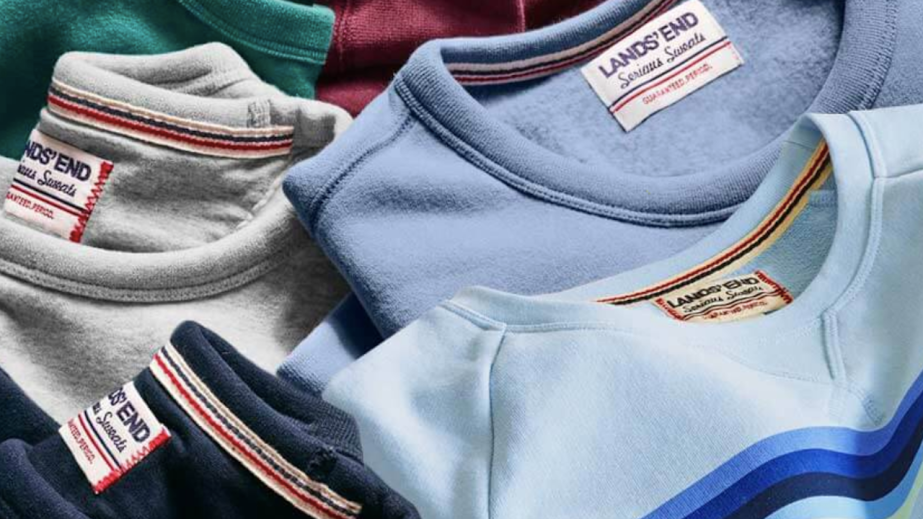 The fashion industry has moved away from high-trend pieces with short shelf lives, thanks to pandemic-induced skittishness and a reluctance to commit to large orders of inventory. Instead, brands have been putting more emphasis on basics and core lines that aren’t as closely tied to the seasonal model.

Lands’ End is one such brand. Chieh Tsai, Lands’ End’s chief product officer, said the company has been leaning into basics in the last few months.

“We’re planning a little further ahead now, and there’s going to be a heavy focus on neutrals and basics,” Tsai said. “We do have some trend stuff planned for the back half of the year, but it will look different than how we usually design. In the meantime, T-shirts and sweatpants in basic colors have been selling really well since everyone wants comfy, at-home clothing. Focusing on that has let us be a bit more reactive and flexible with our inventory orders, which is incredibly important right now.” She said the trend pieces will focus on timeless patterns in seasonal colors like burnt orange.

Basics have become a lifeline for a number of brands. On Thursday, Gap said Athleta, which makes basics and activewear, was its best-selling subsidiary brand in the second quarter.

Since the company does the vast majority of its business direct-to-consumer (having severed its relationship with former parent company Sears in 2014), Tsai said inventory hasn’t been quite as much of a concern as it has for other companies. But it’s still an issue. The brand has had some trouble moving certain products like suits and men’s formalwear, which is where Tsai said there’s the most pent-up inventory. She plans to make basics more than 50% of the brand’s business for the fall.

Tsai’s product team has been moving away from loud prints and patterns, in favor of focusing on neutral colors and simple prints like stripes, which Tsai said are evergreen, according to the company’s sales data. Those products can sit on virtual shelves or in warehouses for months without depreciating. The team has moved to working remotely and primarily using 3D modeling software for design.

While Lands’ End’s revenue declined by 17%, down to $217 million, in the first quarter of the year due to the pandemic, expenses dropped as well due to not having a surplus of canceled inventory orders. That kept profits up while the company restructured its seasonal planning. In late March and April, Tsai said Lands’ End was planning its product assortment week-by-week, but demand has stabilized enough that it now has product planned through spring/summer of 2021. In the quarters prior to the pandemic, Lands’ End had seen consistent growth, with revenue up around 10% the last two quarters.

“We’re always looking at the data about what people want, how much they’re spending — but it’s important not to overreact,” Tsai said. “Our design team is in constant contact with our marketing and merchandising teams, and we’re being cautious about making any snap decisions based on a little bit of data, until we can see how it’s playing out.”

For example, Tsai said back-to-school shopping has yet to pick up, even though normally it would be in high gear right now. Rather than immediately cancel it’s planned back-to-school products, the brand is moving forward with them with the thinking that demand will pick up when more people are back in school later in the year.

Tsai said the direct business has kept chugging along. The brand’s 31 stores have all reopened.