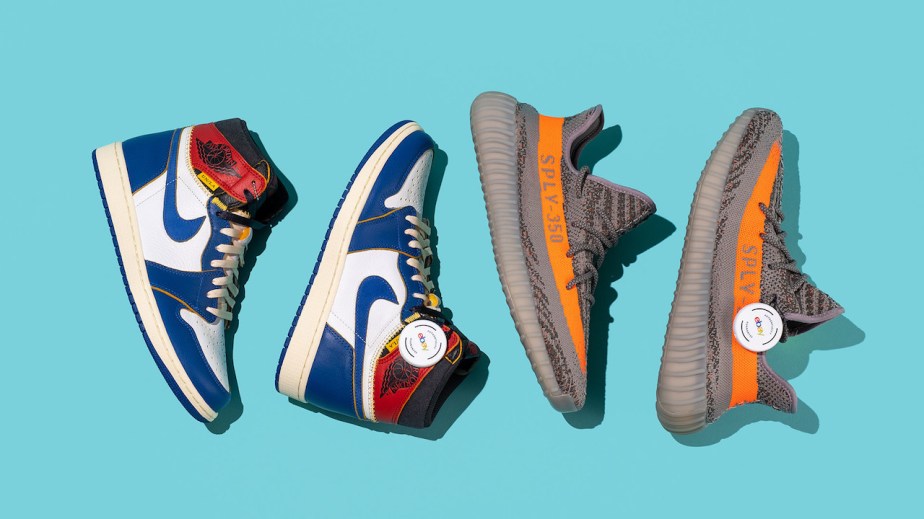 This holiday season will be incredibly important for retailers looking to make up for lost sales throughout this year. Sneaker resellers, one of the few winners during the pandemic, are looking at a highly competitive few months, with major releases like the Jordan 11 25th Anniversary and the Yeezy 350 Bred on the horizon and sure to bring in massive sales.

For eBay, the beginning of the holidays was the perfect time to introduce authentication. The company finally announced on October 12 sneaker authentication for products over $100, which will launch later this month. It’s an offering that has been standard at other resellers for years. EBay was one of the earliest and most influential marketplaces, and where the sneaker resale subculture first flourished. But it was also often characterized as a “Wild West” situation where buyers could never be fully certain they were getting what they paid for (though even resellers with authentication programs sometimes let fakes through).

EBay survived for years without any form of authentication, but platforms like StockX and GOAT have cropped up in the last couple of years, attracting customers with smooth user interfaces, robust authentication programs and competitive services for both buyers and sellers. EBay has had to evolve to keep up. Instead of using an internal team of authenticators the way that StockX does, eBay uses a third-party company — Sneaker Con — to do all authentications. Sellers ship their product to Sneaker Con, which authenticates them and attaches an eBay tag to them before sending them to the buyer. The authentication process adds one to two extra days to the delivery time. EBay also launched watch authentication, yet another area facing stiff competition from StockX and The RealReal, two months ago. Currently, watches and sneakers are the only categories that are authenticated; designer styles including handbags and jewelry are not.

The authentication option isn’t live on eBay’s site yet, but when it is, products that will be authenticated will be marked with a prominent blue checkmark and the words “Authenticity Guarantee.” EBay has also been hyping the move through paid social posts on Instagram. Starting later this month, eBay will start rolling out its holiday campaigns — the eBay rep declined to share how fashion and sneakers will be included.

A rep for the company said sneaker authentication was by far the most requested feature from users and something the company’s been working on for quite a while now. (For at least a year, eBay reps have dodged the question of whether there were any authentication programs in the works during interviews with Glossy.)

But whether it be enough for eBay to gain market share this holiday season is to be determined. GOAT just received a $100 million round of funding, putting its valuation at over $1 billion — a valuation StockX achieved last year. In the last three months, StockX grew outside the U.S. by 260%.

But eBay has been no slouch. In the second quarter of the year, the company saw its GMV grow by 34%, the highest sales growth eBay has seen in 15 years. An eBay rep declined to say how much revenue is typically driven by the holiday season, but said it’s a crucial time for both the company and sellers.

But despite eBay’s success, it has long been seen as a less formalized marketplace for sneakers, compared to StockX and GOAT. As a result, it retained a large number of active customers, but lost out on hardcore sneakerheads seeking authenticated high-end drops the moment they hit the market. In 2019, eBay sold 6 million pairs of sneakers, while StockX had more than 25 million transactions. StockX does not break down transactions by category, since it sells other products as well, but sneakers are by far the largest category it sells.

In light of those numbers, eBay needs more than just authentication to keep up with competitors. Last December, the company also dropped all fees for sneaker sellers, a notoriously painful part of the process at other resellers, in an effort to capture some more of the market.

“Authentication is really important for these consumers,” said Rob McGovern, CEO of retail data company PreciseTarget. “Without a proper check, counterfeits and fakes can flood the market and drive those consumers away. EBay is making the right move here to stay competitive.”