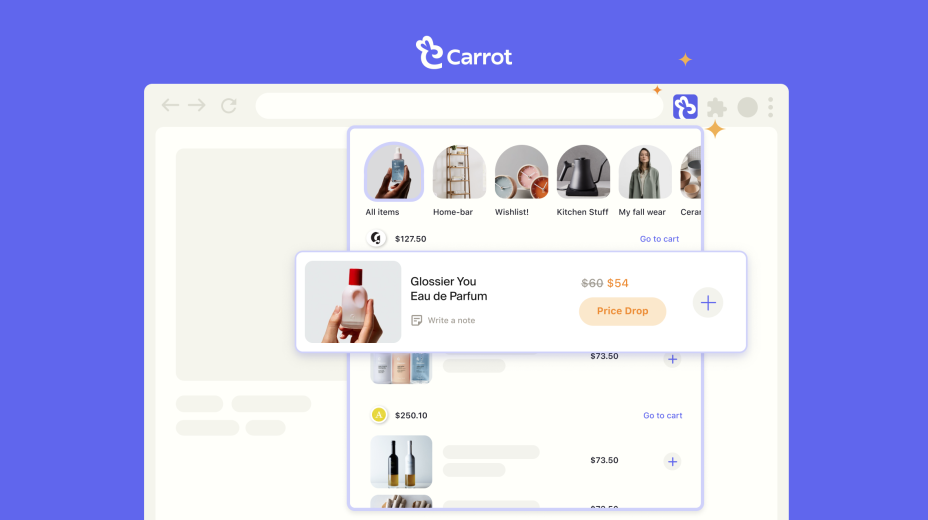 How Carrot aims to create a solve for abandoned carts

As more consumers juggle open carts across multiple retailers, Carrot is looking to streamline the process. On Monday, it launched a first-of-its-kind extension that works quietly in the background, collecting baskets as they browse.

The Carrot plug-in was co-founded by Bobby Ghoshal, serial founder and former head of design and growth of WeWork, and Ramin Bozorgzadeh, founding engineer at WeWork and former engineer at Etsy. The duo began developing the concept in early 2021, in response to their frustration with the lack of innovation when it comes to the modern-day shopping cart.

“You go to [an online] store, you add a product to a cart, their marketing worked on you, their photography was perfect. The copy was perfect. You showed up to the store, you saw yourself in the product, you’re like, “Yes, that is exactly what I want.” You add it to the cart, and then you bounce. And that happens 90% of the time, not because you’re not interested in the product. It’s because you’re still shopping,” said Ghoshal.

The plug-in allows shoppers to automatically save all open carts from their last 45 days of shopping in one place. Tracking in real time is also a part of the technology: Users can be notified once an item in a cart has been marked down. The plug-in also gives shoppers an additional channel of the Carrot site to view the items in their cart, and it acts as a backup if they close a shopping window. In addition, on the Carrot site, customers can explore styles similar to those in their carts that were saved by other users. As for retailers, it could make them less reliant on the targeted ads that have become a headache to shoppers. Carrot uses an affiliate model similar to the one that Polyvore used back when it still operated, where affiliate partners pay a fee for the sales Carrot drives to them via the extension and shareable collections. Carrot has secured over 2,000 brand partners.

The company recently closed a seed funding round of $5.5 million, including investments from early-stage consumer venture capital firm M13, Paris Hilton, Scott Belsky and Kindred Ventures, among others. Talking about the investment, Kindred Ventures managing partner Kanyi Maqubela said, “We’ve all been led to believe that algorithmic curation is going to be the future of how all shopping happens. That doesn’t have to be the case… Ultimately, I think Carrot can bring human curation and personalization to you as the shopper, while bringing the magic that comes with extreme convenience.”

In the press release, Hilton said, “I knew from the minute I saw Carrot I wanted to get involved, once I saw all my open carts and how easy it was to organize them with a click of a button. I do so much online shopping, but I always leave open carts and forget to go back to them. I love how simple Carrot makes it to get back to those carts.”

As of November 15, Carrot is free to download on desktops via Google Chrome on addtocarrot.com.

The online shopping experience outside of social media has not changed in the same way, staying largely the same since 1995, when it was modeled on the retail experience with functions like ‘browse,’ shopping baskets and a checkout. This has been accelerated during the pandemic as shoppers moved online with the additions of virtual stylists, livestream shopping and better chat options. However, as the digital world has expanded, so too has the number of shopping websites and the range of stores where consumers shop. While there is little data available on the number of online stores in existence, the global online fashion market alone was worth $533 billion in 2018 and is predicted to grow to $872 billion by 2023.