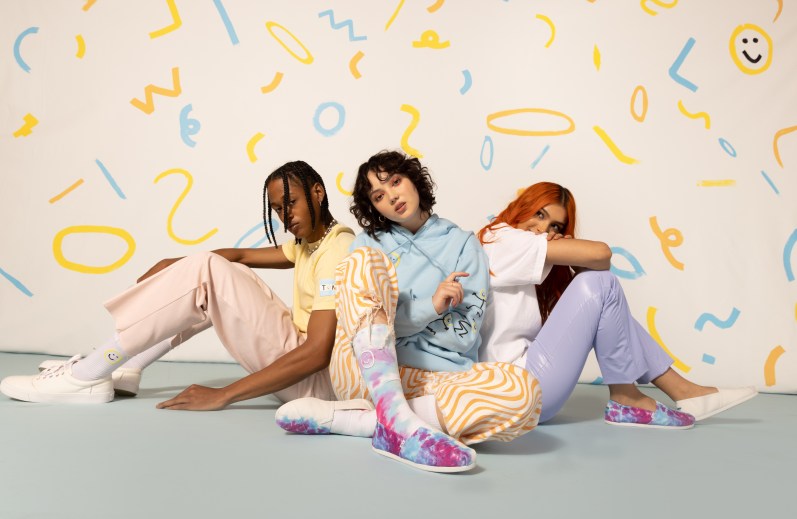 How brands are tackling mental health to connect with younger customers

As more of the fashion industry is thinking about better defining core values to connect with their customers, mental health initiatives are becoming a priority. So during the month of May, or Mental Health Awareness Month, many brands are focusing on young people and their well-being to connect with their core consumer group.

Recent surveys and medical professionals are warning of a devastating mental health crisis among young people, exacerbated by Covid-19, months of isolation and growing gaps between people and access to mental health resources. Even before the pandemic, from 2009-2017, there was a 60% increase in the number of adolescents who were reported to have had a major depressive episode. From 2000-2018, there was a 60% increase in suicide rates in young people.

With a significant portion of Gen Z affected, brands and retailers are tackling mental health in different ways. Some have made it the founding principle of their brand, including the comfortable basics brand Mad Happy. Others are taking curated approaches that go beyond simple slogans and donations. For example, over the next six months, footwear brand Toms is partnering with special grassroots organizations to support their initiatives through grants. Meanwhile, Victoria’s Secret Pink is leveraging celebrity spokespeople like actor Darren Barnet to engage with Gen Z on related issues via social platforms. And Saks is working with an intergenerational trauma psychologist to introduce information about self-care through its social channels.

Body positive loungewear brand Mad Happy was created in 2017 by four co-founders — Noah Raf, Peiman Raf, Joshua Sitt and Mason Spector — to bring positive messaging to a community. Apart from creating loungewear featuring optimistic slogans and bright colors, the brand engages its community by providing resources. For example, it has a text hotline, a blog called The Local Optimist that focuses on topics surrounding mental wellbeing and a partnership with teen mental health nonprofit The Jed Foundation.

The brand has invited celebrities and influencers like comedian Ramy Youssef and Emma Chamberlain to open up to its Gen-Z audience on its podcast that launched in May 2021. Since its inception, the podcast has received glowing reviews from listeners. Many of them have said the small tools it provides has helped them improve their mental health over time.

Victoria’s Secret Pink is prioritizing mental health awareness via its latest campaign, via social media posts and its male ambassador throughout the month of May. In a recent Instagram post, Barnet, star of the Netflix series “Never Have I Ever,” shared the news that he will be the first male ambassador of the brand and featured in campaign imagery for the Gender Free collection that launched last year in February. In the post, he stated that he wishes mental health “was more of a focus when I was a teenager,” and that he hopes to reach young adults “who need to be heard” and supported through the campaign.

Other brands are going a different direction. Footwear brand Toms has gone through a significant overhaul of its operations and charitable giving strategy, phasing out its buy-one-give-one model in April 2021. In its place, it’s launched a new model focused on giving at least a third of its annual profits to mental health grassroots organizations in the U.K. and the U.S. According to the National Alliance for Mental Illness in the U.S., nearly half of the 60 million adults and children living with mental health conditions in the U.S. don’t have access to treatment. With its new initiative, Toms hopes to bridge the gap between people and access to mental health resources.

Toms’ “Wear Good” campaign, running from May-October, is a play on the words “we are good.” It involves the partner grassroots organizations Brave Trails, The Dinner Party, Homeboy Industries, L.A. LGBT Center and Venice Family Clinic. Each partnership is unique, with Toms working with the companies to determine how to best support their mental health-related objectives. And the campaign will focus on bringing attention to the people running the grassroots organizations to keep the campaign as organic as possible.

“When you buy Toms, you help give access to mental health resources to the millions of people who need them. We’re trying to say, ‘What do you need? How can we support you?’ If that looks like a grant, great. If it looks like something else, like the expertise or support that Toms can bring, we’re also really open to that,” said Smith. The team is also working with brand collaborators like the Happiness Project, a global happiness movement, to spread its message over the summer.

“Every year, one in five Americans experience a mental health challenge,” said Amy Smith, chief strategy and impact officer at Toms. “[This campaign] was a moment to innovate again and think about how our impact can inspire not only our consumers to be part of our community but also other companies to think about their impact and ask if they are doing everything they can.”

While the Toms BOGO program was mired in controversy for nearly leading the company to bankrupcy, 2021 was a great year for the brand. Sales were up, through the brand declined to share specific figures, charitable giving to grassroots was at $2 million, and its B Corp score rose 25% to 121.5%. The new campaign is part of the rollout of a new overall strategy for the brand focused on fueling long-term growth and vision, supporting the values of supporting communities, and taking care of the planet and its staff moving forward.

For retailers, it’s a different conversation. Representing multiple brands and varied values, their focus is often on uplifting customers when they’re in-store and online and supporting organizations through funding. “It’s important for [us] to use our voice to create an open dialogue surrounding mental health and raise essential funds for the nonprofit organizations working on the frontline of the mental health crisis,” said Marc Metrick, CEO of Saks and Saks Fifth Avenue Foundation board member.

For May, the retailer developed visual displays and is now focused on sharing advice and information on self-care with its customers. The store is partnering with holistic psychologist and intergenerational trauma expert Dr. Mariel Buqué on a content series for the month that will run across its social channels. It will also host a virtual event on Saks Live as part of its strategy to connect with younger fans on social. In addition, the retailer launched an open grant application for nonprofit organizations seeking funding for mental health programs, with a goal of supporting local organizations providing direct access to care in their communities.