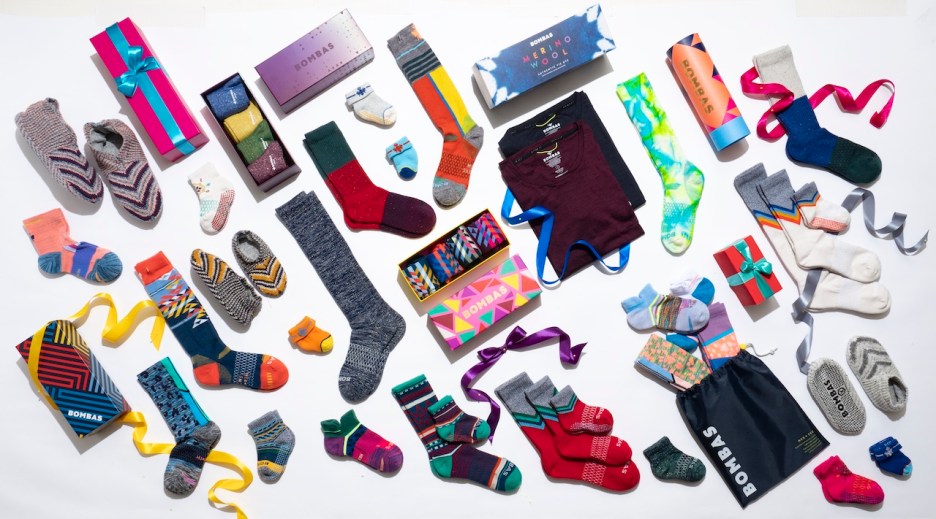 How Bombas expanded its gifting options for a remote holiday

The massive shift to online shopping this year has benefitted DTC sock brand Bombas, which does 97% of its business online. And with its holiday strategy, it’s aiming to end the year on an even higher note.

In the months leading up to the holidays, founders Dave Heath and Randy Goldberg conducted several rounds of customer surveys via email, to determine what services would best help customers this year. In addition to the finding that 67% of the brand’s customers shop Bombas because of its charitable mission (it donates one pair of socks for every pair purchased), they found that customers wanted easier ways to send holiday gifts. In response, the brand added new gifting offerings starting in November, including the option to purchase a custom gift box filled with the customer’s choice of any combination of products. In prior years, it had only sold pre-packed gift boxes offering no flexibility. For a brand that expects to do 55% of its annual sales in the fourth quarter, and historically does more than half of its revenue in that period, getting holidays right is crucial.

“The idea is that we wanted gifts to be a bigger part of our business this year,” Heath said. “We know it’s going to be hard for people to travel and be together, and we wanted to try and make things easier. We got a lot of requests for empty gift boxes, so we made it, and it sold out practically immediately [in November].”

In addition, the founders said, the company has sold out of 76% of its $2 bellybands (the wrap that goes around packs of socks), which similarly let customers create their own custom packs. The founders said a limited quantity were made, and they don’t have plans to make more this year. While only 5% of orders have included a gift message this holiday season, it’s a big increase from last year when the feature was almost never used. The brand has promoted its gift options through email, SMS and Instagram. The homepage of its e-commerce site is also pushing gifting for the next month. Altogether, sales have increased 40% year-over-year since the new gifting options were introduced.

Bombas is also leveraging the aforementioned interest among its customers in the charitable side of the business. Heath said that, on Giving Tuesday last week, Bombas hosted a virtual webinar on its website with Human, NYC, an organization dedicated to ending homelessness, as well as several members of the homeless community. to talk about ways to end homelessness. Promoted over email and Instagram, more than 350 people attended the webinar. Heath and Goldberg said that the depth to which their audience is tuned in to the brand’s social justice efforts has prompted them to highlight those efforts more directly in their marketing. In everyday Instagram posts, for example, they tie those efforts to its gift giving options.

The NPD Group said in November that 40% of U.S. consumers are planning to buy more gifts this year than usual to make up for the inability to be together with loved ones. Goldberg said the most important thing brands can do is to listen to what the consumer needs and find easy ways to quickly pivot and meet those needs.

“This holiday season has seen demand pulled forward and people looking for gifts a lot earlier,” Goldberg said. “They’re looking for unique ways to get gifts to their friends and family, and we have to be responsive to this. We’ve moved our promotions earlier to November, and we put out our gift guides and expanded gift options earlier.”