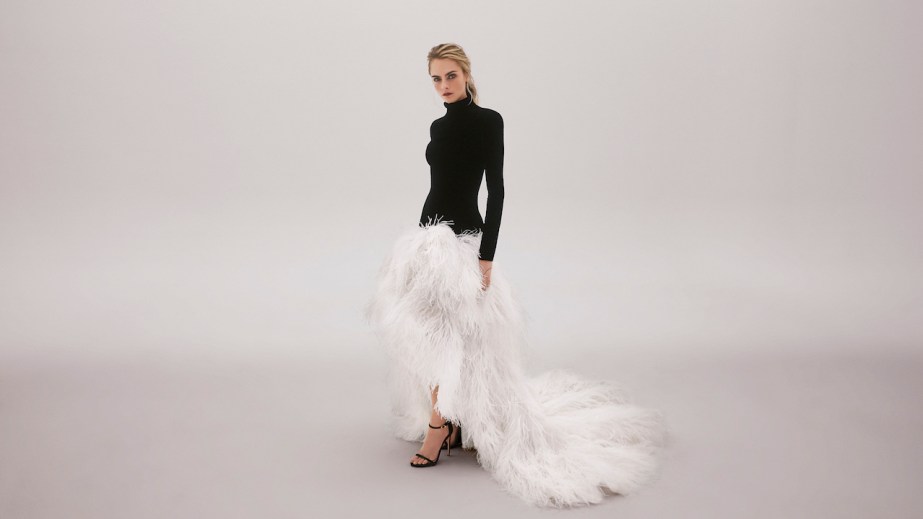 The success of Amazon’s Prime Day has always come from the many discounts and promotions it offers on an expansive array of products. But the same thing that has made Prime Day a $12 billion sales day for the company exacerbates all of the things that have made luxury brands hesitant to sell on the platform.

Brands including Lutz Morris and Louis Vuitton have told Glossy or other publications that selling on Amazon would devalue their brand and associate it too strongly with the mundane, cheap products that Amazon is known for. Amazon’s solve was launching in September 2020 Luxury Stores, a separate storefront meant to insulate luxury brands from others on Amazon and to provide their shoppers with a more elevated experience.

Now, Luxury Stores brands are also discounting on Prime Day, which ran from June 21-June 22. Products by brands including Mark Cross, Aquazzura and Rodarte were steeply discounted on the platform, with some selling for 40% off their full price. A selection of products from eight out of the 35 brands on the Luxury Stores platform were discounted. The brands that are discounted declined to comment for this story.

Amazon never promised that there would be no promotions on Luxury Stores, and certainly, the brands were involved with determining what product would go on sale. But according to Elaine Kwon, former Amazon employee and current head of e-commerce firm Kwontified, it does go against the spirit of what Luxury Stores was meant to be.

“They haven’t promised they wouldn’t do sales, but there was sort of an understanding that they would protect the brand,” Kwon said. “But it’s clear that that priority went up against the other priority of wanting to drive up sales for Prime Day, and the latter won out.”

According to Amazon, the Luxury Stores sale, which was labeled as a Summer Sale, was separate from Prime Day, and the participating brands were in charge of what went on sale and for what price. Amazon declined to comment on whether Luxury Stores would see more sales in the future or if the Summer Sale would be repeated next year.

Kwon said, in her estimation, Luxury Stores likely hasn’t taken off quite as quickly as Amazon had hoped. It launched with only one brand, Oscar de la Renta. An Amazon spokesperson did tell Glossy in March 2021 that every brand has increased its inventory size since joining the platform. But the platform has yet to entice a big-name luxury brand — none from Kering or LVMH are on board.

“There hasn’t been a ton of customer traction [on Luxury Stores],” Kwon said. “There is supply, though. The brands keep putting up new product. But it hasn’t taken off.”

Kwon also said that the discounting on Luxury Stores will likely have an impact on other luxury retailers. Several of the brands with products discounted on Amazon, like Rodarte, have discounted the same items on their own direct channels. Those products, however, are not discounted at other retailers, including Net-a-Porter and Farfetch, Kwon said.

For example, a floral sweatshirt from Rodarte is priced $520 on Amazon and on the Rodarte online store, but more than $700 on Shopbop. While Luxury Stores doesn’t have nearly the penetration in the luxury sector that many other retailers do, Amazon’s price structure could put pressure on competitors and steal some market share.

Ultimately, Kwon said, Luxury Stores’ future success depends on how much Amazon is willing to invest in it. It also depends on how tolerant brands will remain of being part of the Amazon ecosystem and all that it entails.